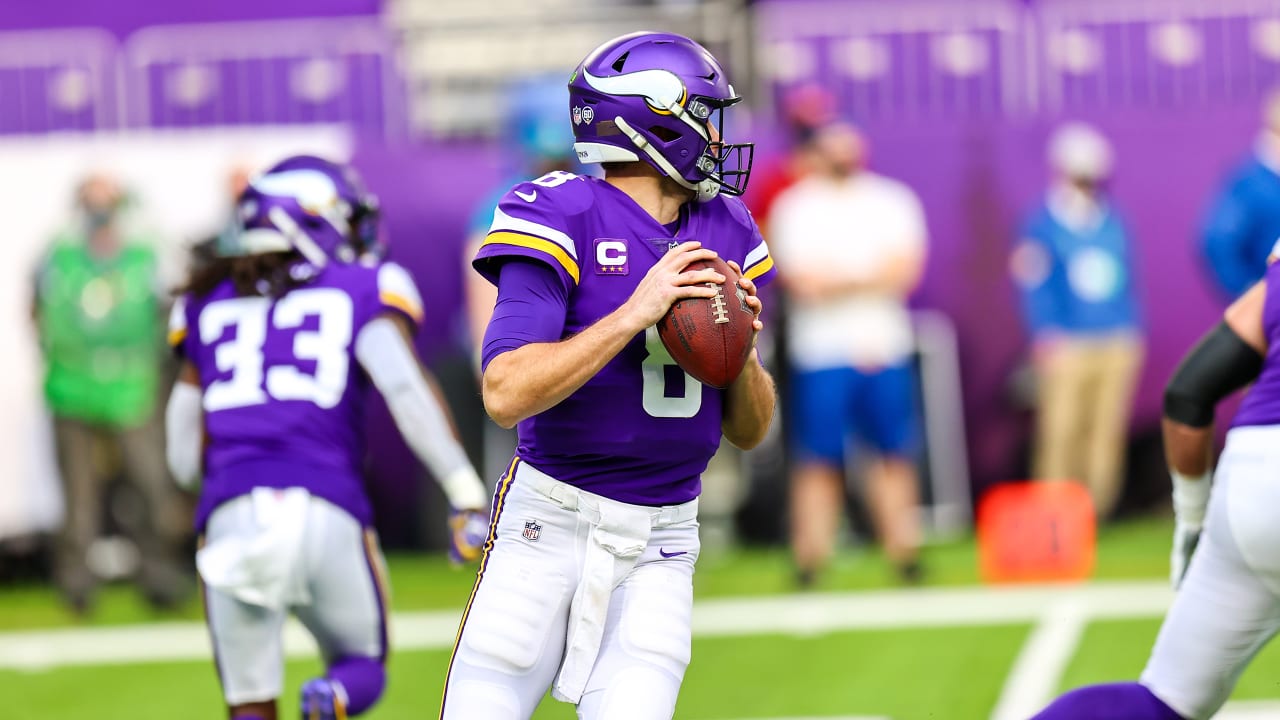 For the second consecutive week, the Vikings were able to move the football but unable to maximize some of their best possessions with touchdowns or convert a pair of fourth-and-1s that proved particularly pivotal.

The defense failed to stop the run or affect Bears quarterback Mitchell Trubisky.

Those factors combined in a 33-27 loss by Minnesota to Chicago that allowed the Bears (7-7) to leapfrog the Vikings (6-8) in the NFC North.

Here are three stats that stood out presented by GEICO:

Minnesota opened the second half with a 26-yard gain on a play-action pass to Justin Jefferson, who caught the ball between the 44- and 45-yard line. Sportradar counted it as one of two passes that traveled 20 or more yards beyond the line of scrimmage, but Next Gen Stats counted it under 20.

The only other attempt by Cousins on the day of that depth was his Hail Mary on the game’s final play that was intercepted after a deflection.