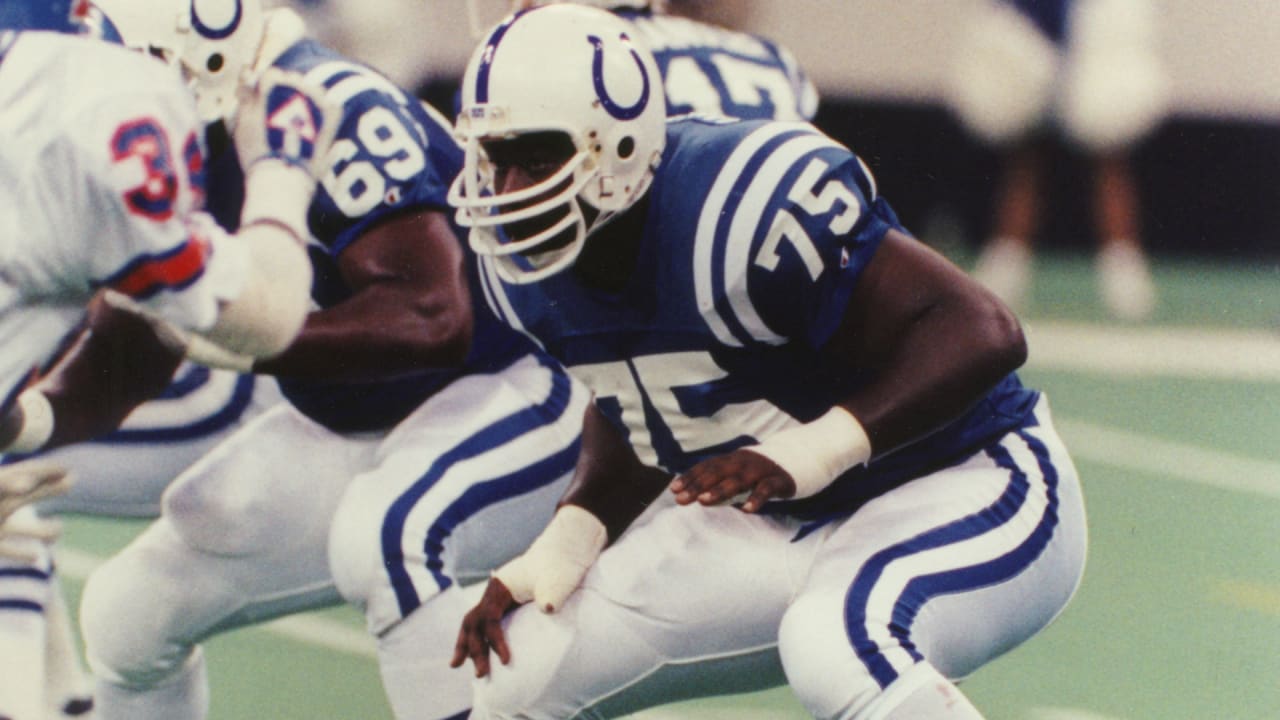 Chris Hinton was welcomed to Denver by a throng of Broncos fans at the airport, who were waiting to greet the No. 4 overall pick in the 1983 NFL Draft as he got off his flight.

About a week later, Hinton was traded to the Baltimore Colts.

“I get traded a week later and fly to Baltimore and I come off the gate expecting the same thing,” Hinton recalled on this week’s episode of the Colts Reunion Podcast. “And there’s an intern who meets me and is like, hey, how you doing?”

The guy Hinton was traded for, of course, was John Elway.

Hinton discussed that aspect of his legacy – and plenty more – with Matt Taylor and fellow Colts Ring of Honor member Bill Brooks on this week’s Colts Reunion Podcast, which you can download and listen to on Apple Podcasts, Spotify or wherever you listen to your podcasts.

“If you look up my name, it’s always that connection with the trade,” Hinton said. “But nobody mentions that I’m basically the only player that has made the Pro Bowl or All-Pro at four different positions.

“… As you get older and you start thinking about your legacy, you feel like you’re been shorted.”

It’s hardly fair for Hinton’s career to be remembered for the Elway trade. Like he said, he was a Pro Bowler and/or All-Pro at four positions: Left tackle, left guard, right guard and right tackle. He made seven Pro Bowls in his career, was a first-team AP All-Pro once and a second-team AP All-Pro twice. He earned a trip to the Pro Bowl in six of his seven years with the Colts and was one of the franchise’s important figures as they put down roots in Indianapolis.

Yet Hinton still sees it from time to time on social media – who is this guy, why is he in the Ring of Honor, stuff like that. So if you’ve ever wondered that, or you fondly remember Hinton’s time with the Colts, take a listen to this episode of the Colts Reunion Podcast. Other topics from the episode:

Be sure to subscribe to the Colts Audio Network on Apple Podcasts, Spotify or anywhere else you get your podcasts so you don’t miss an episode of Colts Reunion, The Official Colts Podcast, The Last Word and more.