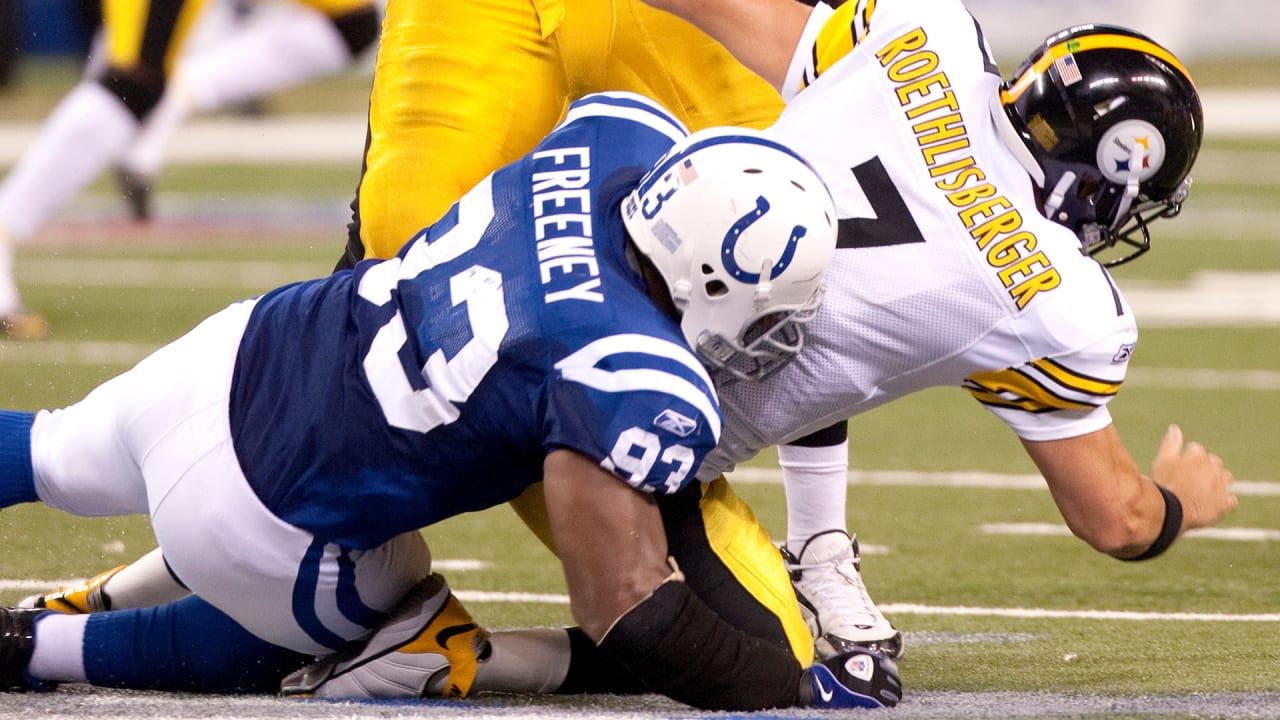 But did you know what inspired it?

That was one of the topics Freeney discussed with Jeffrey Gorman and Bill Brooks on this week’s episode of the “Colts Reunion Podcast,” which you can listen to on Apple Podcasts, Spotify or wherever you listen to your podcasts.

The move – which helped Freeney total 125 1/2 sacks and 47 forced fumbles in his Hall of Fame-worthy career – was inspired by the And1 Mixtape Tour. Freeney started working on it in high school after watching videos of Skip 2 My Lou, Dribble Machine and the other And1 streetballers, translating their mesmerizing basketball skills to the football field.

“You turn it on, you’ll see guys playing the game of basketball, doing all types of crazy crossover spins and all different types of moves just to get to the basked or break down the guy who’s trying to defend them,” Freeney said. “So I was huge into that. I played basketball, but I was a football guy — this was football season. And it was in practice, and it was kind of like, how do I get to point B starting from point A and make it look as crazy or as unique as possible. And that’s where for me, that’s where the spin move started, as me trying to make that guy who’s blocking me completely miss and fall on his face.”

When Freeney landed with the Colts as the 11th overall pick in the 2002 NFL Draft, he wound up in the perfect situation with defensive line coach John Teerlinck – who was old school, but more than open to his pass rushers finding different ways to get to the quarterback.

“He did not care if you did a somersault or a backfilp,” Freeney said. “He said, ‘As long as it works, Dwight, it works.”

Freeney caught up with Gorman and Brooks on a number of other topics, too, including:

Be sure to subscribe to the Colts Audio Network on Apple Podcasts, Spotify or anywhere else you get your podcasts so you don’t miss an episode of Colts Reunion, The Official Colts Podcast, The Last Word and more.

Tags: Career Dwight Freeney Freeneys he including Stories was