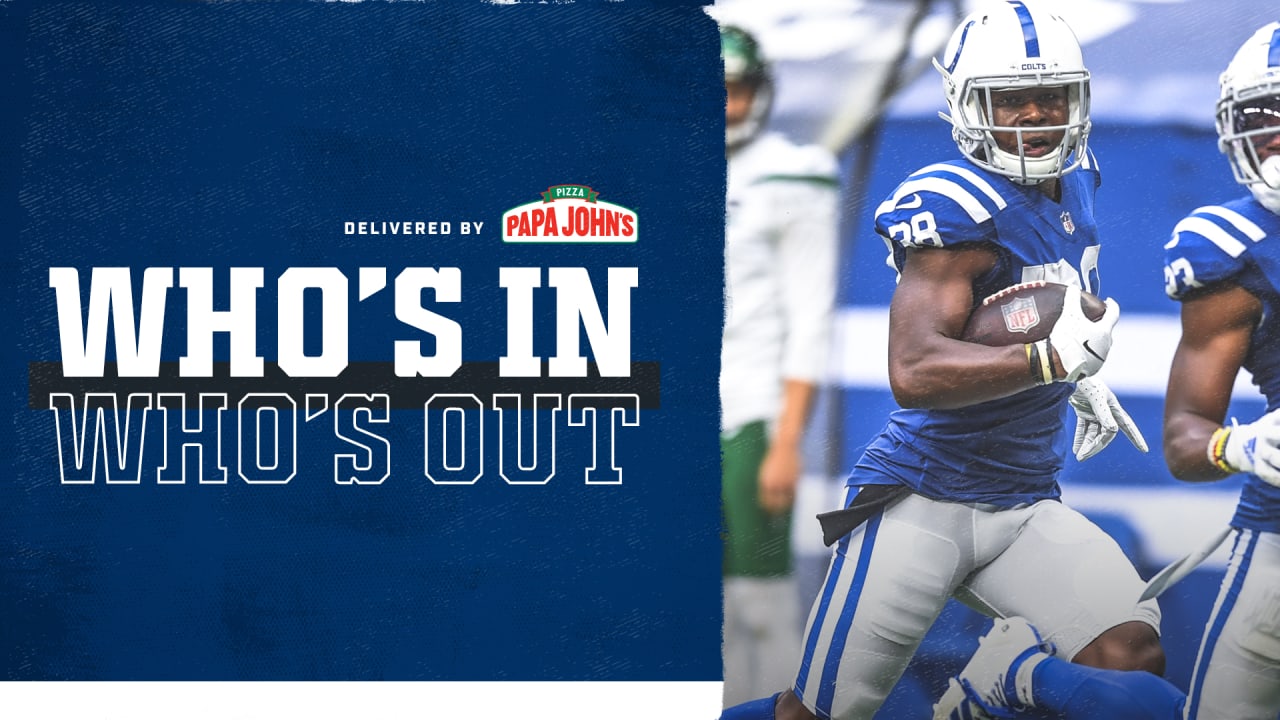 » Carrie first appeared on the Colts’ injury report on Thursday, when he was limited after suffering a hamstring injury during practice. The seventh-year veteran last week had three tackles and his first-career pick six late in the third quarter of Indy’s 36-7 victory over the New York Jets at Lucas Oil Stadium. With Carrie out on Sunday, Xavier Rhodes, Isaiah Rodgers, Tremon Smith, and, depending on his status, Rock Ya-Sin, will be depended upon to take on a larger role against the Bears. The Colts also have cornerback Andre Chachere on their practice squad if needed.

» Pittman Jr. suffered a lower-leg injury in the first half of last Sunday’s Week 3 win over the New York Jets; he was initially labeled as questionable return, but was able to get back onto the field in the third quarter, finishing with three receptions for 26 yards. But Pittman Jr. started feeling immense pain in his leg Sunday night, and after being diagnosed with compartment syndrome, was immediately placed into surgery to relieve the pressure. While his immediate return timetable is not yet known, look for Ashton Dulin, Daurice Fountain and Dezmon Patmon to be candidates to get added opportunities at wide receiver on Sunday, along with starters T.Y. Hilton and Zach Pascal. The Colts also have three wide receivers — DeMichael Harris, Krishawn Hogan and Marcus Johnson — on their practice squad if needed.

How we graded Big Blue in Week 2 loss