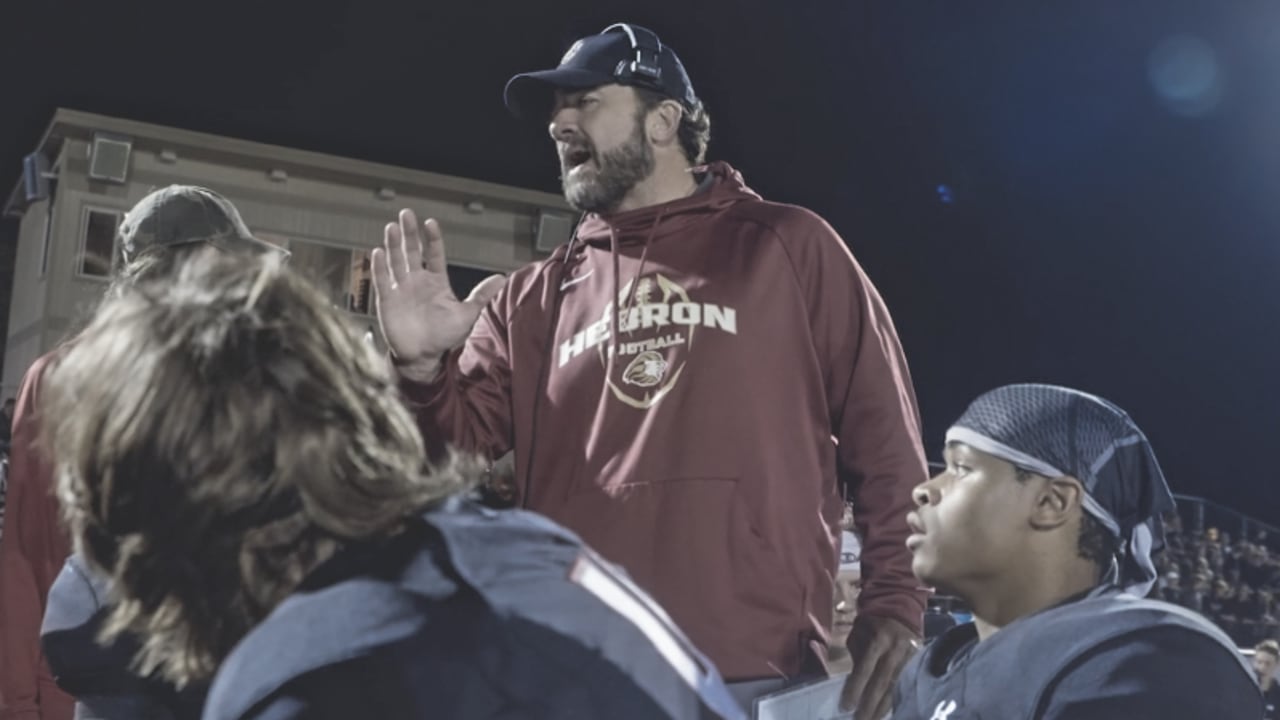 » Saturday went from an undersized, undrafted offensive line prospect who had gone back to work at an electrical supply store in 1998 to being inducted into the Colts Ring of Honor within a span of just 17 years. Saturday caught the attention of future Colts Hall of Fame general manager Bill Polian, who signed him in January of 1999, and the rest, as they say was history. As Peyton Manning’s trusted center, Saturday would go on to be named to six Pro Bowls, was First-Team All-Pro and Second-Team All-Pro two times each and was a key member of the Colts’ Super Bowl XLI championship team.

» So why get into coaching at the high school level? “It fell at my feet,” Saturday said. After he retired, he wanted to move closer to family in Georgia, and after the head coach at his son’s high school stepped down, he was asked if he had interest in the job. “I was like, you know what? I’ll give it a shot.” He’s currently in his third year, and last year led Hebron to its first-ever playoff win — earning a nice “ice bath” in the process.

» Saturday said it’s been important for him to pass along to his players at the high school level the values that the game of football taught him — both on and off the field. “The game itself taught me so much about life; about perseverance, about effort, about being a team, what that means, and I think all of those factors are what I try to impart into my kids,” he said. “What does it mean to be a teammate? A teammate, you have to work for the other guy. It’s not just working for you — it’s working for the other guy. Because at the end of the day, that’s what’s gonna drive you. There are gonna be days you don’t wanna get up, and I tell them, listen, when you’re a husband it’s no different, right? When you’re a father, it’s no different. There are gonna be days you wanna be selfish, you wanna be about you, but that’s not what a true teammate looks like, that’s not what a true man looks like. Here’s what it’s gonna look like.”

» Saturday said he still gets the same butterflies in the locker room before Hebron’s games that he experienced before taking the field for the Colts. “Friday nights are like none other,” he said. “Did I do everything I could’ve done? Are these guys prepared? … Being a head coach has been a humbling experience for sure.”

» Go inside the locker room before the game as Saturday pumps his players up, and then join him on the sideline for their matchup against the Eagles of the Riverside Military Academy. One thing’s for sure: Saturday is loud, like when he’s giving an official the business about a non-holding call at one point. “I am a yeller by nature,” Saturday says. “I’m an offensive lineman, so we’re screamers.”

» Saturday credits his former Colts head coaches Tony Dungy and Jim Caldwell as examples that he tries to follow in his own coaching endeavors. He even lifted some of Dungy’s sayings and put them in his meeting room. “If you look around my room, we’ve got expectations, execution, no explanations, no excuses,” Saturday says. “We have these signs around that I grabbed from Tony — and I actually called him when I took the job, and I said, ‘Hey, can I steal your stuff?’ He’s like, ‘Man, go get it. Go have fun with it.’ And I’ve tried to apply the principles that I learned from those guys about the men that you’re putting on the field ultimately are what’s going to produce. It’s not about scheme, it’s not about those (things). It’s, hey, when you’re putting the right guys on the field, those guys are gonna show up for you.”

» Saturday is very much enjoying coaching, but he said it’s an endeavor that is a year-to-year decision for him after his family made so many sacrifices during his own playing career. “My family is always going to be the priority,” he says. “My wife and I talk about it after every season, is, ‘OK, are we good? Where are we? Where are our kids? What are they trying to get accomplished?’ I never want to be the guy who missed it.”