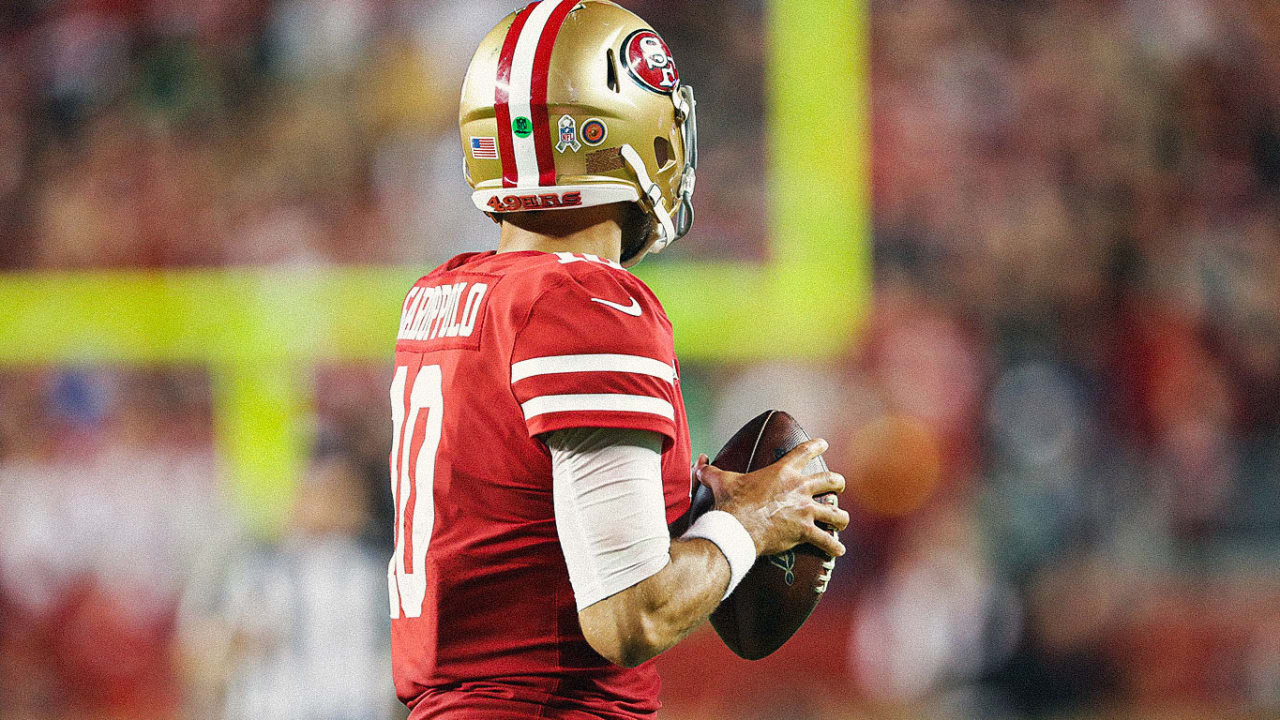 Former San Francisco 49ers All-Pro, Pro Bowl linebacker and current NBC Sports Bay Area analyst joined the 49ers You’ve Got Mail podcast, presented by Manscaped to discuss the team’s heartbreaking loss to the Packers, how the they can avoid making the same mistakes, what the 2-1 record means at this point of the season and previewing the divisional matchup against the Seattle Seahawks.

Here’s a breakdown of several topics from the conversation:

Last week, 122 Modern-Era nominees were announced for the Pro Football Hall of Fame’s Class of 2022, which featured the likes of Spikes following his 15-year NFL career. Spikes details his interesting “personal” setting of hearing the news, his immediate reaction and how a tricky burrito led to his awareness.

Beyond the hilarious backstory, Spikes called the nomination a “humbling” experience as voters observed the breadth of his career, not just a “snippet of sports center” despite never playing in a Super Bowl, having a top-10 quarterback or even going to the playoffs in his career.

Career with the 49ers Comparisons to Flexing in a Lamborghini – 5:40

Spikes detailed some of his favorite moments as a member of the 49ers, spending three of his 15 seasons in San Francisco. The linebacker recalled coming to the 49ers from the Philadelphia Eagles, playing under former head coach Mike Nolan, being a part of a linebacking tandem with Patrick Willis, how his leadership quickly earned him the honor of being named team captain and the analogy of how those experiences were like getting handed the keys to a brand new lavish sports car.

“I was at a point in my career, going into my 11th year it was more so, I’m not looking to be the guy. I’m going to be the guy anyway. That was my mindset. I’m not looking to ‘Hey, you need to put me up on the schedule and put me on a billboard.’ It was more so, let me be the piece that drives everything from an integral standpoint without any egos. And I think by me being teamed up with Patrick, I think about Justin Smith, Dashon Goldson – I think that right there alone fulfilled me on that side so much because I knew my role. I knew where I was needed, but I exceeded my role.

Looking at the 49ers defense of his era, Spikes drew comparisons of the leadership, the play and the tenacity of the 49ers current young nucleus of defensive players.

“When I look at the similarities, I think, well our dominant guy who we had as the pass rusher was Justin Smith. The dominant guy who the 49ers have now is Nick Bosa﻿. And so, when we look at the linebacking corps – in the beginning, I would threaten to say to anybody, this team has a good core group of linebackers that can be stacked up against anybody in the National Football League and they can hold their own.”

Cleaning up Mistakes against Packers – 15:40

Spikes highlighted the mistakes he saw in the 49ers Week 3 loss to the Green Bay Packers, how the team can learn from their mistakes and what the defense needs to do to play cohesively if they’re ever put in any similar situations.

With injuries along the 49ers backfield, Spikes provided insight on San Francisco’s question marks at running back and how Kyle Shanahan’s offense is predicated on the run, which must find its footing in Week 4.

Spikes challenged San Francisco’s offense with being able to capitalize on Sunday’s matchup against Seattle’s 32nd-ranked defense, which will call on ﻿Jimmy Garoppolo﻿ to stretch the field in ways the offense hasn’t through the first three weeks of the season.

“When I look on the offensive side, I would say, they’ve got to push the ball down the field. The 49ers are 2-1 right now and we have a tendency as former players, because we want to see the guys do well, we’ll come in with everything that they should have done. And for the most part, we are right. But I will say this: the game last week with what Green Bay displayed, if the 49ers don’t come out and keep the Seattle Seahawks honest by taking advantage of one on one situations early and often, and I’m talking about within the first drive of the game, they’re going to continue to play Jimmy Garoppolo the same way that the Green Bay Packers did.”

Spikes closes out the podcast giving his take on the most intriguing matchup to watch on Sunday in the 49ers first divisional matchup of the season. Spoiler alert: It’s not on defense.

Kyle Shanahan is Sticking with Jimmy Garoppolo as…

49ers Make a Series of Roster Moves ahead of Week…