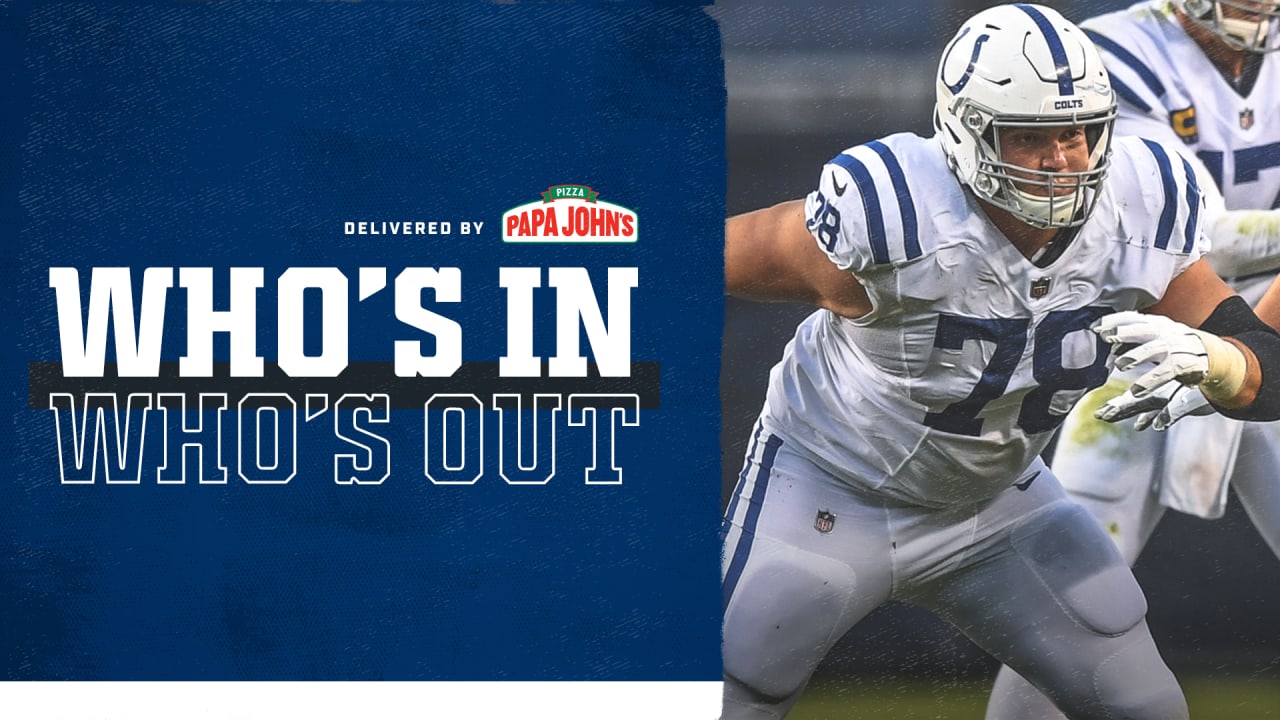 » Alie-Cox (knee) first appeared on the Colts’ injury report on Oct. 14, and he would end up missing that week’s home win over the Cincinnati Bengals before heading into the bye week. The third-year tight end, who has 11 receptions for 194 yards and two touchdowns on the year, did not participate in Wednesday’s practice, but was able to be a limited participant on Thursday. If Alie-Cox is limited or cannot play again Sunday against the Lions, the team will likely continue to turn to Trey Burton and Jack Doyle to pick up the slack at the tight end position, while undrafted rookie Noah Togiai, who played four offensive snaps against the Bengals, could also be in line for some more playing time. The Colts also have two tight ends — Farrod Green and Hale Hentges — on their practice squad if needed.

» Kelly was listed as limited with a knee injury on Wednesday, and did not participate in Thursday’s practice. The Pro Bowl center played all 63 offensive snaps in the Colts’ Week 6 victory over the Cincinnati Bengals heading into the bye week; in fact, he’s played 391 of a possible 397 offensive snaps (98.5 percent) on the season heading into Sunday’s game against the Lions, as he sat out the final six snaps in a blowout Week 3 victory over the New York Jets. If Kelly is limited or cannot play Sunday in Detroit, the team will likely turn to rookie Danny Pinter to take over at center; a fifth-round pick in this year’s NFL Draft out of Ball State, Pinter has played 21 offensive snaps on the year, including 15 as an inline tight end and six at center, filling in for Kelly at the end of the Jets game. The Colts also have veteran center Joey Hunt and guard Jake Eldrenkamp, who can play center if needed, on their practice squad.