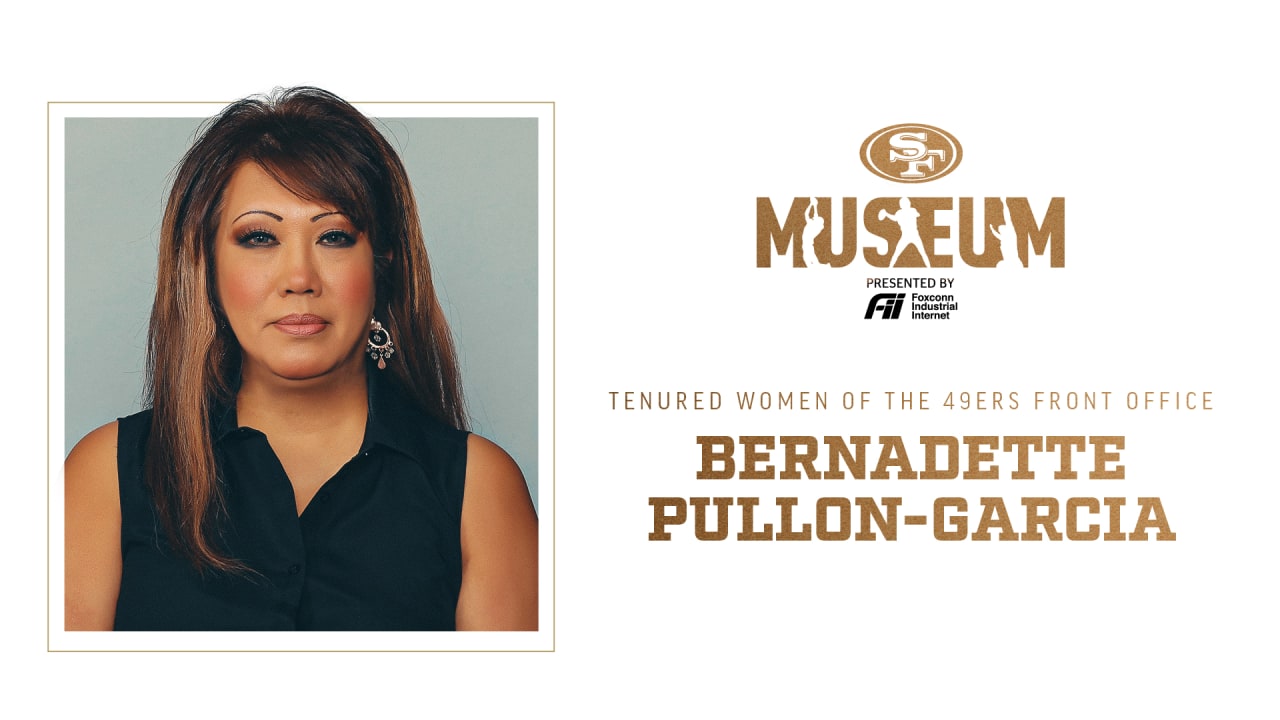 In September 1999, the 49ers hired Bernadette Pullon-Garcia to handle the administrative side of stadium operations at Candlestick Park (then known as 3Com Park). She quickly realized she was part of a skeleton crew working at the old wind-swept stadium.

“When I first began working for the 49ers, our office was located in Candlestick Park,” Bernadette said. “At that time, our team only consisted of three people: (then-Vice President of Stadium Operations) Murlan Fowell, (then-Director of Stadium Operations) Jim Mercurio and myself.” The employees of the ticketing department were the only other 49ers staff with office space at Candlestick. Everyone else worked out of team headquarters in Santa Clara. Still, the stadium ops and ticketing staff were not completely alone.

At that time, employees from the City and County of San Francisco (which owned Candlestick Park) and the San Francisco Giants continued to work at Candlestick, but not for much longer. As the 1999 Major League Baseball season came to a close, the Giants played their final games at the storied stadium before moving to Pacific Bell (now Oracle) Park six miles up the road in the city’s South Beach neighborhood for the 2000 season.

September signaled the end of the baseball season and the start of the 49ers regular season schedule. That meant Candlestick had to undergo a major transition.

“It was really fascinating to watch first-hand how the stadium changed from baseball to football and sometimes they only had 24 hours to make the switch from one game to the other,” Bernadette said.

Watching Candlestick go from its baseball setup to football setup and back was the first of many transitions that Bernadette would experience in her 49ers career.

After 1999, Candlestick Park was used exclusively for 49ers home games (and the occasional concert tour stop) when the otherwise quiet bayside ballpark would come to life. At the center of the hustle and bustle of home games was Bernadette, Murlan Fowell and Jim Mercurio.

“On game days, we were responsible for many areas including security, credentials, parking, guest services, ushers and ticket takers,” Bernadette recalled. “Our small team coordinated the gameday operations of more than 800 employees and worked closely with the team members of the City of San Francisco. It was as if we were responsible for a small city of 68,000-plus people.”

That mini metropolis would be the hub of 49ers activity for another 14 years as the 49ers continued to grow as an organization. Employees and departments continued to come on board in order for the franchise to compete in the growing sports business industry.

As the 49ers expanded, they maxed out their use of Candlestick Park. The historic venue was also starting to show its age, having been in service since 1960 when it opened for Giants baseball. For Bernadette, working at Candlestick allowed her to get to know all of the stadium’s quirks, such as leaky roofs, flooded parking lots and its infamous chilling wind pattern. Still, Bernadette maintains her fondness for the place.

“Although Candlestick was old and tired, it had personality,” Bernadette recalled fondly. “Countless memories were made there.”

Moreover, it was difficult for 49ers staff, players and generations of fans to say farewell to the stadium the club called home from 1971 to 2013. Bernadette was among the heartsick staff members. “The transition was not just physical, but also emotional. Saying goodbye to Candlestick was really difficult for me since it was my home away from home for the past 15 years.”

Moving to Levi’s® Stadium was a huge change for Bernadette, but it allowed for growth in her career and for the 49ers organization. The new venue was designed for year-round use, which meant hosting a steady stream of events, from private parties to major spectacles like Super Bowl 50. While each event is significant to Bernadette, what stands out is her relationship with colleagues.

“I sincerely take pride in what I do and the people I work with,” Bernadette said. “My coworkers have become my family, so every opportunity I get to work alongside them creates a memorable moment.”

Bernadette currently serves as the Executive Administrative Assistant to Jim Mercurio (Executive Vice President & General Manager of Levi’s® Stadium) who she considers a mentor and true friend. The stadium operations team has expanded to 51 full-time staff, managing all aspects of maintaining and operating the venue. This multifaceted operation seems almost unimaginable when viewed from Bernadette’s early days as one employee in a department of three.