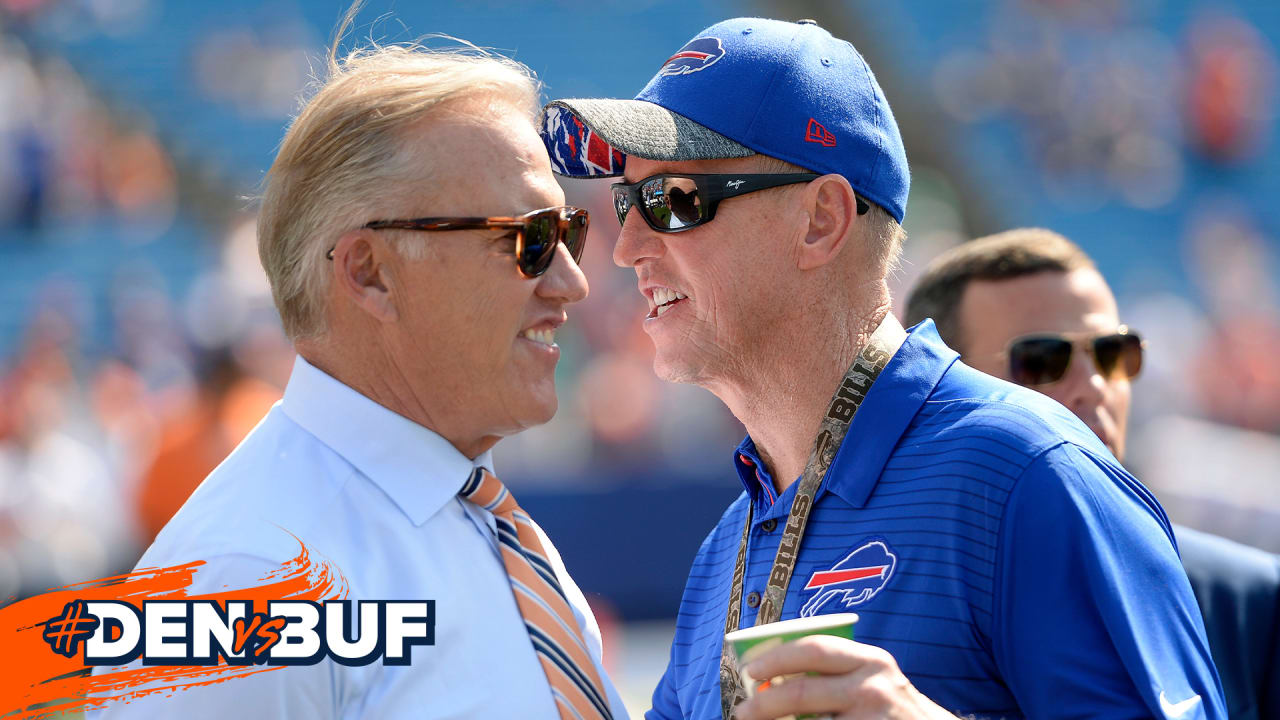 It is no wonder that he and Kelly developed a bond that began way back when they were in the draft class of 1983. As it happened, neither Elway nor Kelly started their professional football careers with the teams that drafted them. Elway came to the Broncos by way of a trade with Baltimore and Kelly opted to begin his career in the United States Football League with the Houston Gamblers before returning to the Bills and the NFL in 1986 after the USFL folded.

(The Gamblers, by the way, had one of the great pro football logos, then or now.)

In his two seasons with the Gamblers, Kelly was the league MVP and rookie of the year in 1984. When he came back to the NFL and started his time in Buffalo, he continued to pick up accolades, earning five Pro Bowl selections during his 11 seasons in the NFL.

The two players took their teams to a combined nine Super Bowls, an astonishing total for two conference rival quarterbacks.

Elway had the first three, then Kelly the next four, then Elway the final two, both championships in Super Bowls XXXII and XXXIII.

Along the way, fans of both teams developed great admiration for the playing style of the opposing signal caller, just as the two men became friends off the field.

Great ones always admire other great ones.

They met in one playoff game, the 1991 AFC Championship Game, which the Bills won in Buffalo by a 10-7 score.

It was a gritty, hard-fought defensive contest in which the Broncos stayed with Buffalo all day despite being double digit underdogs.

Bills safety Stu Jackson stripped the ball from Denver running back Steve Sewell in Buffalo territory with under two minutes left to secure the win, and the Broncos were so impressive in fighting the AFC champion Bills in rabid Buffalo that many Mile High fans praised the team more for that loss than they had in our two previous Super Bowl losses.

Elway was injured in the game, to be replaced by Gary Kubiak in what would be his last game, but John doggedly insisted on meeting the press postgame, ultimately having to be helped from the podium when he could not continue. The New York Times noted that he was aided from the podium “by the Broncos’ wisp of a PR man, Jim Saccomano.”

Mercifully, I had help, as John was then and now significantly larger and more physically formidable than I.

Kelly noted in postgame comments how proud he was to have faced Elway and cited the latter’s courage in the face of the Buffalo defense.

Kelly has since repeatedly shown considerable off-the-field courage in his well-documented and successful medical battles.

Six quarterbacks were selected on the first round back in that 1983 draft. Three of them — Dan Marino, Elway and Kelly — went on to reach the Pro Football Hall of Fame.

During the 2018 ESPY Awards show, Kelly was presented with the Jimmy V Award for Perseverance for his battle against cancer, and the award was presented by Elway and Marino.

Seldom has there been more character and courage on one podium as there was that night.

There is plenty of history between the Broncos and the Bills, but the two teams are forever linked by having had two of the greatest quarterbacks of all time as the respective faces of the franchises.