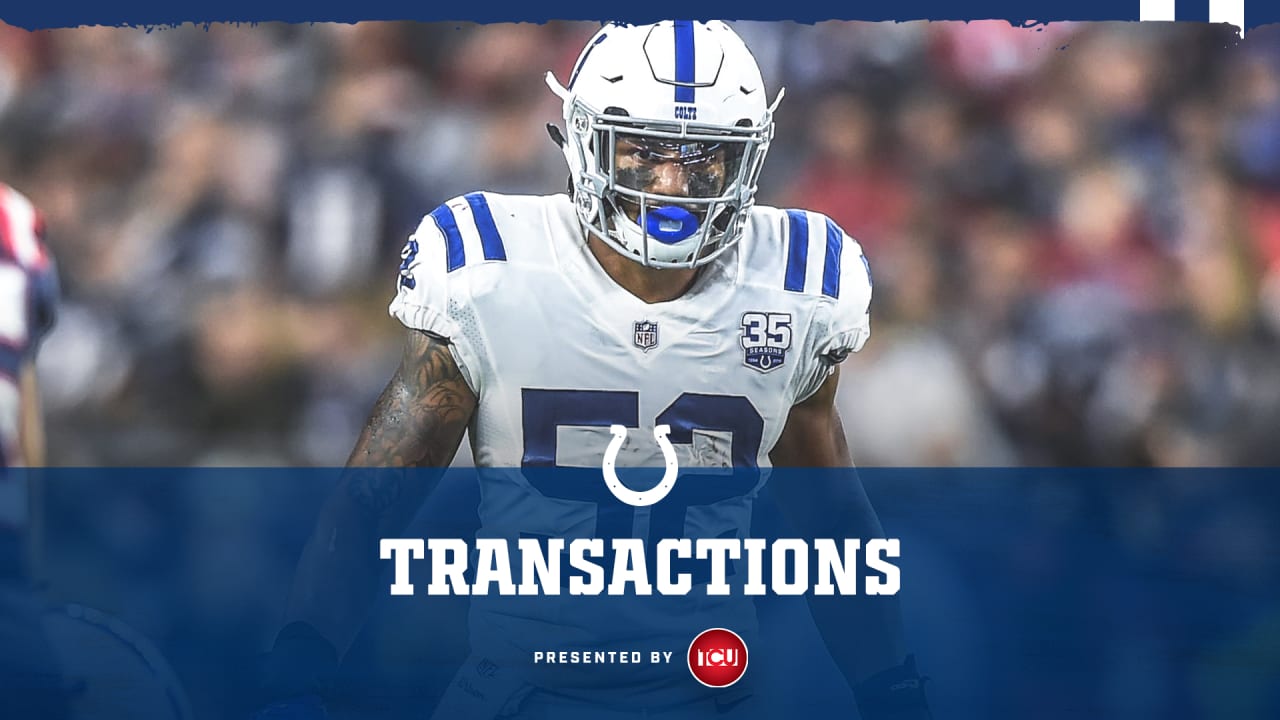 Goode, 6-0, 244 pounds, has played in 90 career games (eight starts) in his time with the Jacksonville Jaguars (2019), Colts (2018), Philadelphia Eagles (2013-17) and Tampa Bay Buccaneers (2012) and has totaled 64 tackles (48 solo), 5.0 tackles for loss, 2.0 sacks, one interception, seven passes defensed, one fumble recovery and 43 special teams stops. He has appeared in six postseason contests (one start) and has registered two tackles (one solo) and four special teams stops. Goode was originally selected by the Buccaneers in the fifth round (140th overall) of the 2012 NFL Draft.

Angulo, 6-2, 190 pounds, was signed to the Colts practice squad on October 6, 2020. He spent time on the San Francisco 49ers’ practice squad earlier this season. Angulo participated in the New York Giants’ 2020 offseason program and training camp. He originally signed with the Giants as an undrafted free agent on April 27, 2020. Collegiately, Angulo played in 10 games at Hampton in 2019 and compiled 18 tackles (14 solo), 2.0 tackles for loss, three interceptions and 14 passes defensed en route to Second Team All-Big South Conference recognition. Prior to transferring to Hampton, he appeared in 11 games at Cincinnati from 2015-18 and totaled one solo tackle.