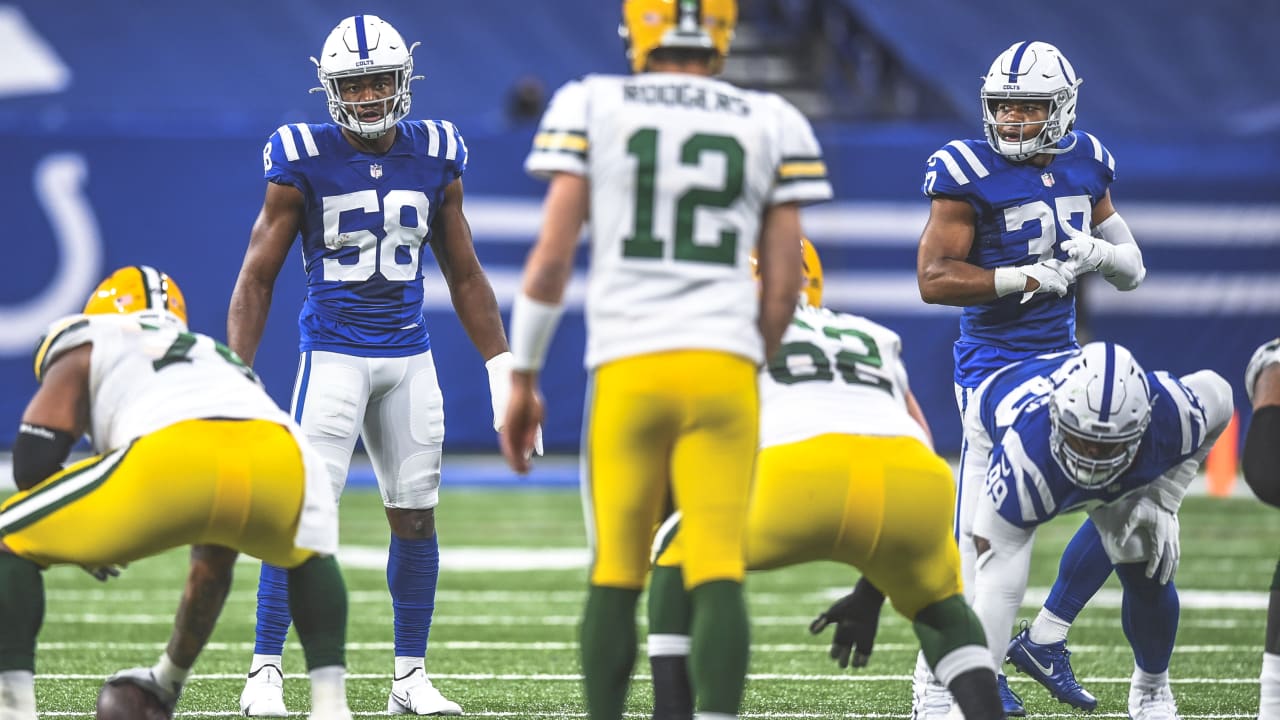 » Castonzo suffered a sprained MCL in his right knee early in the second quarter of the Colts’ Week 12 loss to the Tennessee Titans, and did not return. The 10th-year veteran did not participate in practice the following week, and was inactive for last Sunday’s Week 13 victory over the Texans. Castonzo did not practice again on Wednesday, but returned as a limited participant for Thursday’s practice, and was limited again on Friday. Castonzo’s return today is a bit of fortunate timing for the Colts, who were down to their third left tackle, Chaz Green, after backup Le’Raven Clark suffered a season-ending Achilles injury early in last week’s win over the Texans.

» Okereke first appeared on the injury report with an ankle issue on Nov. 25, and has missed the last two games against the Titans and the Texans. He returned to practice on Wednesday, and was a limited participant all three days of practice this week. The second-year Stanford product stands to play a huge role today in trying to stop Raiders tight end Darren Waller, who is second among all NFL tight ends in receptions, receiving yards and receiving touchdowns. In 10 games this season with six starts, Okereke has 54 total tackles (four for a loss) with one interception, four passes defensed, one fumble recovery and one quarterback hit.

» Willis exited the Colts’ Week 13 loss to the Titans with back and quad injuries and didn’t return. The second-year safety out of Michigan State did not participate in practice the following week, and was inactive for last Sunday’s Week 13 victory over the Texans. Willis did not practice again on Wednesday, but returned as a limited participant for Thursday and Friday’s practice, and wasn’t even given a questionable/doubtful/out label heading into today’s game. Willis this season has played in 11 games, all starts, and has 64 total tackles (two for a loss) with one sack, three quarterback hits, one interception and three passes defensed.