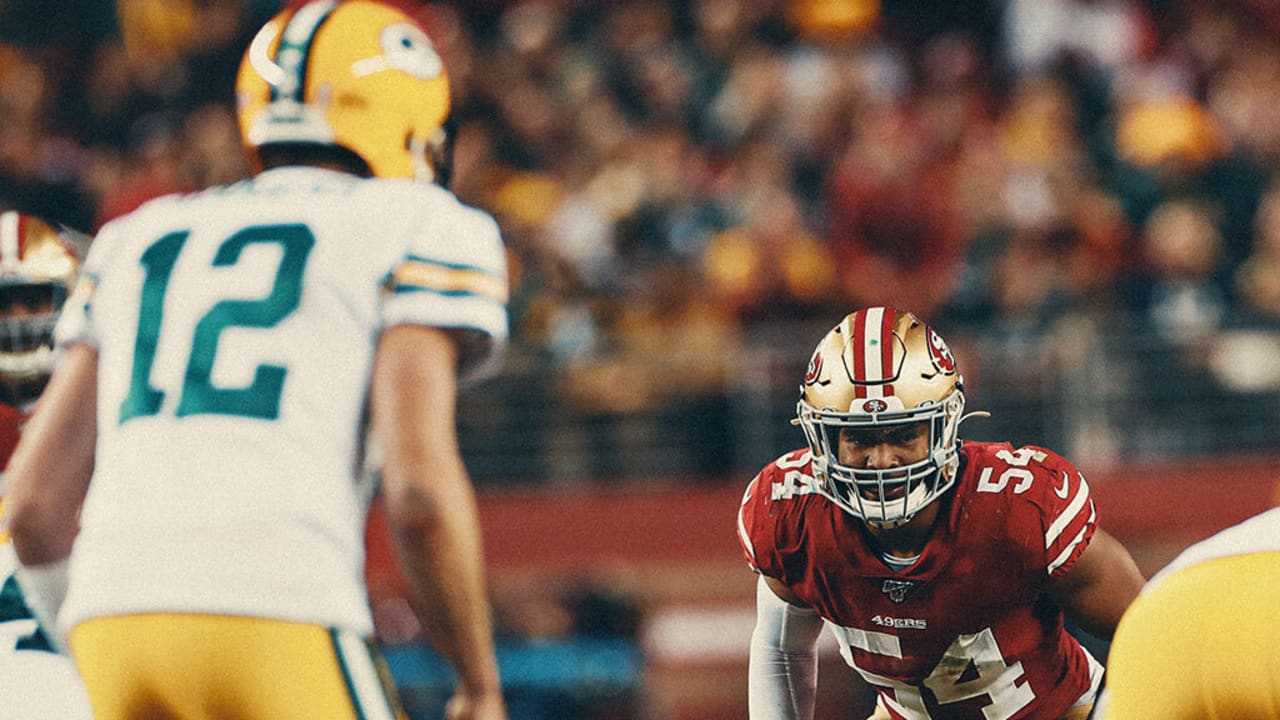 San Francisco’s third year linebacker might be flying under the radar, but his exceptional play has continued to garner buzz from national pundits, his peers and his opposition.

Heading into Week 9, Fred Warner owned the best Pro Football Focus coverage grade of any NFL linebacker with 90.3. Warner has allowed a passer rating when targeted of 60.5, second among all linebackers with 100-plus coverage snaps, according to the analytics site. Additionally, Warner has produced 24 defensive stops and only four missed tackles on the season.

Coming off of the 49ers Thursday night matchup against the Green Bay Packers, Warner allowed catches on all three of his targets, but for a total of just one yard. He recorded four run stops, giving him a total of 21 on the year, second in NFL behind New York Giants linebacker Blake Martinez (23).

Warner might not be the most outspoken guy, but he has certainly caught the attention of an opposing future Hall-of-Fame quarterback.

During Thursday’s game, Warner was wired for sound, and you can hear San Francisco’s leader continually rallying the defense in the lopsided matchup. Postgame, Warner is seen holding a conversion with Packers quarterback Aaron Rodgers, who gave exceptionally high praise to the 49ers budding linebacker.

“I’m happy for you man, I really mean that,” Rodgers told Warner postgame. “Unfortunately, name recognition means too much. Ain’t nobody better. There really isn’t. You’re the best and everybody knows it. The field don’t lie. You should be All-Pro.”

This comes two weeks after four-time Pro Bowl quarterback and now-CBS announcer Tony Romo raved about the linebacker during the 49ers Week 6 victory over the New England Patriots. During the broadcast, Romo referred to Warner as “an All-Pro in every sense of the word,” and doubled down on his statement calling him the “best linebacker in ball.”

His 74 total tackles rank fourth among all NFL linebackers. On Thursday, he led the 49ers by adding 13 of those to his stat sheet. Through nine weeks, Warner has also amassed two interceptions, three passes defended, three quarterback hits and four tackles for loss.

Despite the shuffling of players due to injury, the former third-round pick is one of the main reasons San Francisco’s defense hasn’t faltered. His ability to diagnose plays and excel in coverage continues to build his case as a top candidate for NFL Defensive Player of the Year.

If Warner continues to play at the level he’s displayed through the first nine weeks of the season, the “All-Pro Fred” moniker, bestowed by teammates, could soon become a household name, and conceivably, a designation to add to his emergent NFL career.