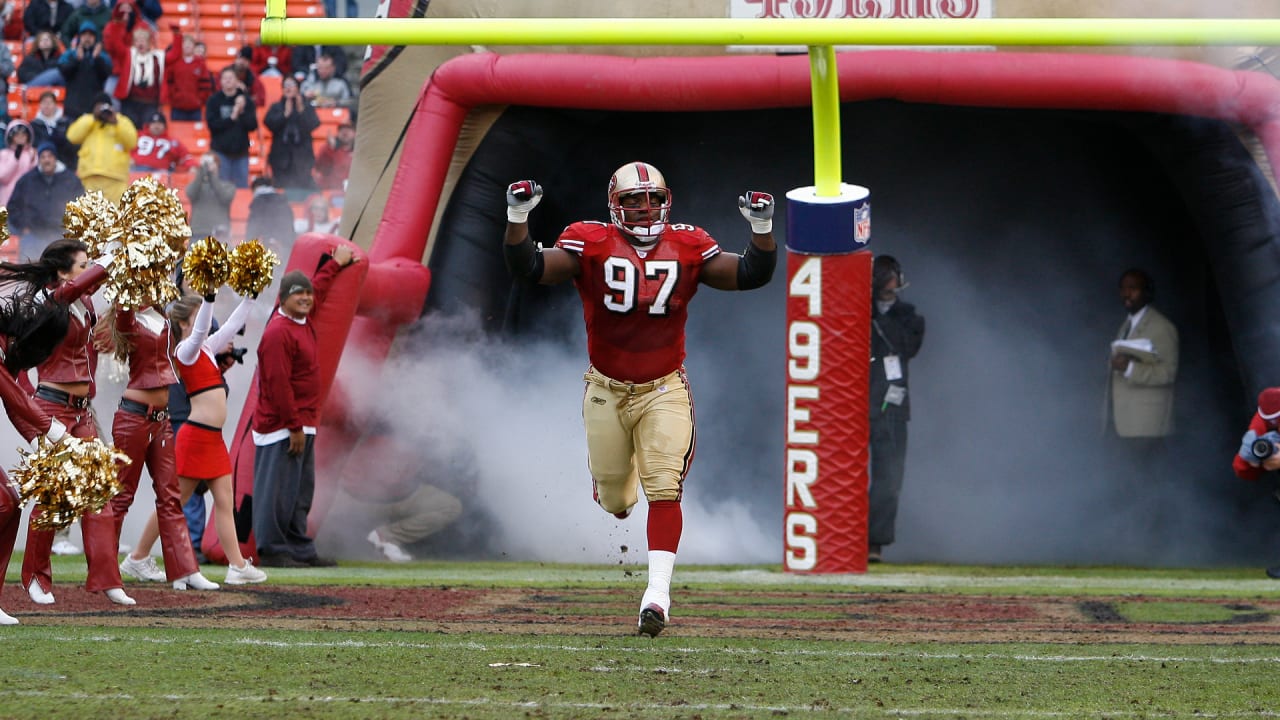 Through 14 seasons, Young started all 208 games he appeared in, amassed 89.5 sacks, 774 total tackles, 27 passes defensed, eight forced fumbles, six fumble recoveries and three safeties. His 89.5 career sacks rank sixth all-time in the NFL at defensive tackle. He registered at least 6.0 sacks in six of his first seven seasons and at least 9.5 sacks in four of those six. He also ranks third on the team’s all-time career sacks list and owns the 49ers franchise record in career safeties.

His 208 games are the most of any 49ers defensive lineman in franchise history and the third most games played behind Jerry Rice (238) and Jimmy Johnson (213).

“You look at the tradition over the years, starting with ownership and the job that they do, the leadership and how it permeates downstairs through coaches (and) through the players, and you want to give that back,” Young said. “There’s a lot of tradition – guys that started their tradition and then passing the baton. I took pride in that as a 49er – passing the baton, taking that responsibility to continue that tradition. That was important to me. So, I wore that badge and that (49ers) emblem with pride. It was just an exciting opportunity to represent the organization and play for an awesome franchise.”