COSTA MESA, Calif. — While the Los Angeles Chargers‘ season hasn’t gone the way he and most others expected, linebacker Thomas Davis Sr. did reach a milestone.

The former Carolina Panther eclipsed 100 tackles for the seventh time in his 15 NFL seasons.

A defensive co-captain, Davis is one of eight finalists for the Art Rooney Sportsmanship Award. Along with that, the 36-year-old Georgia product has provided much-needed veteran experience to a young linebacker corps.

“It hasn’t been that great of a season for us as a football team,” Davis said. “We dealt with a lot, and it’s definitely not how we originally intended for our season to go. But I’m happy to see the way guys have stuck this thing out. We’ve gone out, week in and week out, and competed. And we’ve given ourselves a chance to win in every game that we’ve played in.”

Although the Bolts run a 4-3 defensive scheme, just like the Panthers, Chargers defensive coordinator Gus Bradley said it took some time for Davis to adjust to a new role and the unique way the Chargers run their 4-3.

“It’s been a challenge for him,” Bradley said. “I go back to it, just learning a whole new system and some of the things. He’s more of a downhill linebacker. … Now, he’s had to incorporate some of the pass-game things that we’ve asked him to do.

“I’m sure to the person that’s watching it — even [Head] Coach [Anthony] Lynn when we were first doing it — was scratching his head, saying, ‘How come he’s doing this when it’s this?’ I said, ‘It just happens everywhere we’ve been.’ Linebackers, when learning the system, that’s kind of the phase one of understanding it. I would say in the last three or four weeks — it really showed up in the Green Bay game, I thought, where he really made great strides. I think since that point, he’s really getting into a rhythm now and playing well.”

Davis has served as a mentor for younger players like rookie Drue Tranquill, helping them get lined up and learn what to anticipate before the ball is snapped.

“Thomas just sees things that I might not see as a young player,” Tranquill said. “[Against Jacksonville] it was the first drive of the game, it might have been the third or fourth play, and he noticed a wide split between the guard and the tackle. He said, ‘Hey, the lead play is coming. You need to widen over here.’ I was just like, ‘I’m just going to line up in my spot because I have to be able to spill both gaps.’

“Sure enough, they ran the lead play right there and the guard tried to climb up to me and seal me. If I would have been a little wider, it would have helped me make the play a little easier. I think [Leonard] Fournette got seven or eight that play. It could have been a stuff or a stop for one or two yards.”

And it’s not just the players. Lynn said that Thomas noticed a detail in the offense during practice that led to a scheme change, resulting in a 30-yard touchdown reception for Hunter Henry against the Jaguars.

“He told me from the defense’s perspective how he would view that play and what we could do differently to make that play work,” Lynn said. “So, I thought about it. I thought, ‘You know, sometimes we don’t give defensive players enough credit.’ We went in and made the adjustments. As soon as we ran the play in the game, he was in my ear. I told him, ‘Get away from me.’ [He was saying,] ‘I told you so,’ but he was right, and we listened to him.” 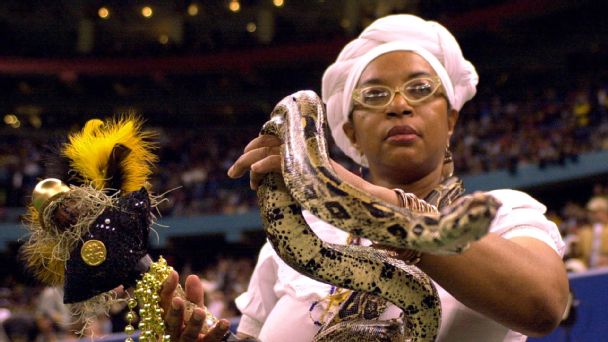 Davis said he has some extra motivation for the final two games of the year due to a head-to-head competition between former teammate Luke Kuechly to see who finishes the season with the most tackles.

“Even from afar, we always compete,” Davis said. “He’s a guy that’s been a high-tackle guy for a long time. In Carolina that’s something we always did, when it came to big tackles or big plays, momentum-changing plays for our defense. So it ain’t no different now. I still communicate with him, I still talk to him and Shaq Thompson about what we are doing. I’m a little bit behind. I’ve got some work to do.”

Davis signed a two-year, $10.5 million deal during free agency this past offseason. If he plays in 2020 for the Chargers, Davis is scheduled to make $5.25 million in base salary. Davis said he wants to return, but he’ll wait to see how things play out once the year is over.

“Definitely, but we’ll see what happens at the end of the season,” Davis said. “It’s really going to boil down to what the team is thinking, and we’ll just go from there.”