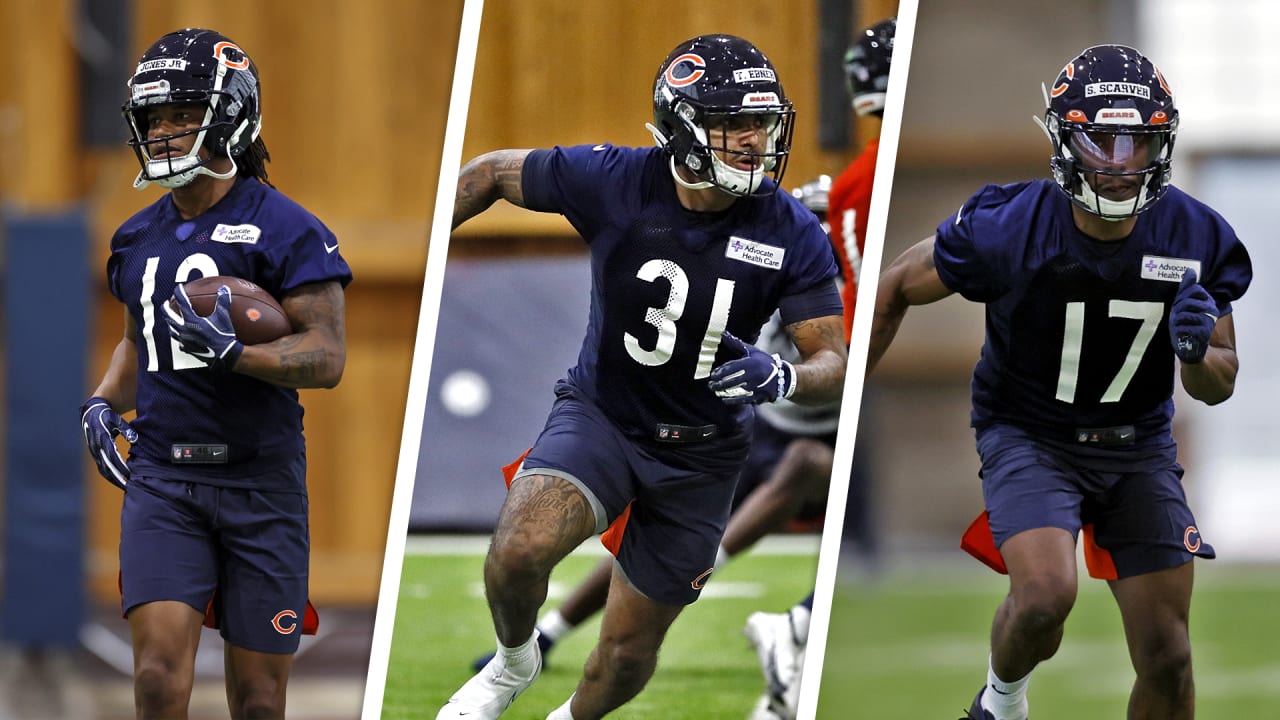 “I think it does wonders for the guys, for the players,” said special teams coordinator Richard Hightower, “because they can look around the locker room and see, ‘Oh, that guy can return. Oh, he’s good. I’m not comfortable.’

“So, there’s competition there, and it’s also awesome just to have some options. It’s a huge boost, but we still have a far way to go. We haven’t put on pads yet, but it’s really good to have options.”

Last season at Tennessee, Jones was named SEC Co-Special Teams Player of the Year after averaging 27.3 yards with one touchdown on 23 kickoff returns and 15.1 yards on 18 punt returns. In 61 career college games over six seasons, the 6-foot, 204-pounder averaged 24.4 yards with two TDs on 122 kickoff returns.

“He’s fast, he’s really quick-twitch,” Hightower said. “He covers the ball up well. He protects the ball well, which is good for a young player. When he’s running with it, he protects it well. You can see that even in the offensive drills when I’m watching on the side sometimes. He’s got speed and explosiveness and he’s eager.”

At Utah State, Scarver tied an NCAA record by returning seven kickoffs for touchdowns, including at least one in each of his five seasons. In 2018, he was awarded the Jet Award as college football’s top return specialist after averaging 33.7 yards with two touchdowns on 22 kickoff returns.

During their media sessions Friday at rookie minicamp, Jones and Ebner both discussed how they grew up admiring Bears’ record-breaking return specialist Devin Hester.

“When I think of Devin Hester, I think of greatness,” Jones said. “Fearless. It just seemed like he slowed down everything, from like his cuts, his decision-making. We knew on Madden back in the day, he was a 99 overall speed, I’m pretty sure. I was watching him ever since I was young. He was a huge impact on my return game as a kid.”

“I’ve watched a lot of Devin Hester,” Ebner said. “I was joking with the equipment guys like, ‘You gave [defensive back] Lamar Jackson No. 23.’ I’m like, ‘I hope he’ll let me buy it from him. That would be nice to put that number on.’ It’ll put a little pressure on myself, but it’s the kind of pressure you want, and I just hope I can be half of what he was.”

One of the highlights that Hightower showed rookies during a Thursday night meeting was of Hester’s 92-yard touchdown on the opening kickoff of Super Bowl XLI.

“I think Devin Hester is one of the greatest returners of all time, and I get chills that I get to coach where a guy was so good,” Hightower said. “I have shown tape on Devin Hester here and I’ve shown it at other places I’ve been as well, because to me, he’s the model, he’s the standard. He’s phenomenal and I hope he gets in the Hall soon because I don’t know anybody that was better than him in the 16 years that I’ve been [coaching in the NFL].”