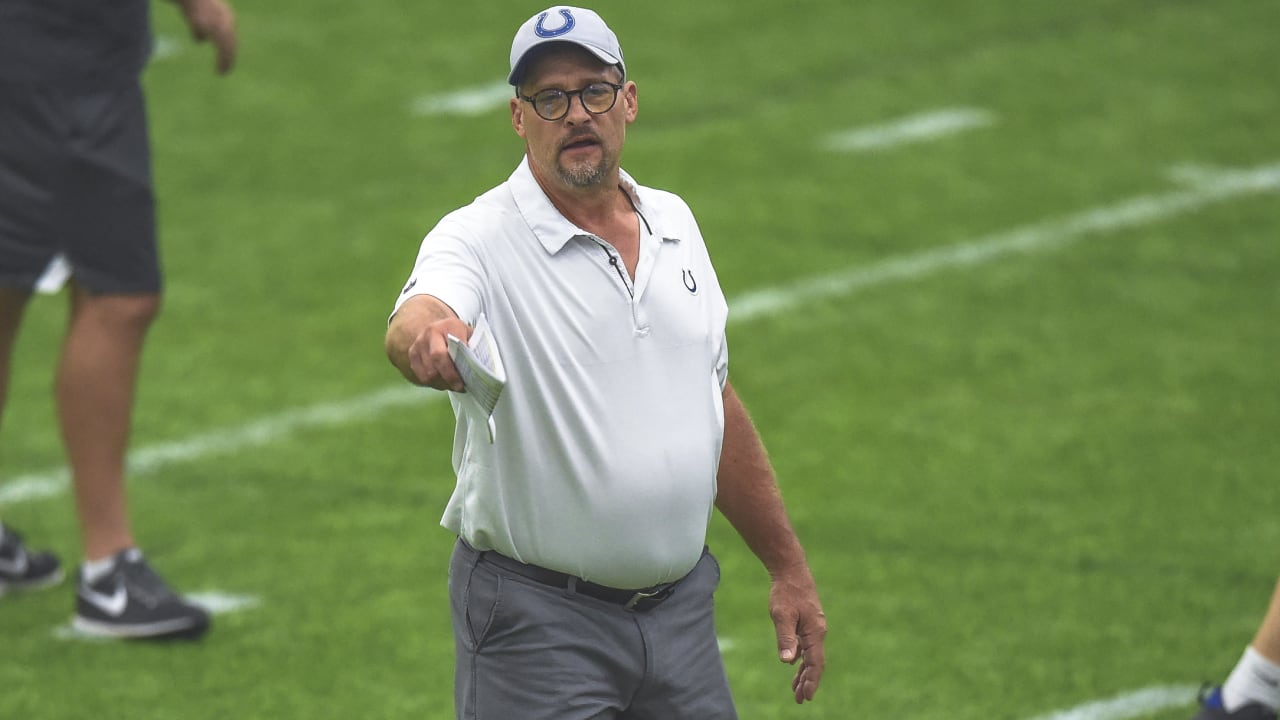 You had a prolific playing career as a fullback in the NFL, so how does it feel knowing you have a Pro Bowler to coach at that position after the Colts signed free agent fullback Roosevelt Nix earlier this offseason?

Rathman: “Yeah, it’ll be good to be coaching a fullback again; you know, a guy from the backfield. And Rosy’s experienced at that, so he’s very knowledgeable about the position. It’s not like we’re bringing in a guy that we have to develop, so it’s really just getting him on the same lingo, language, as we are, and what the techniques and … all the little fundamental detailed stuff that you need to learn from the position. But it’s outstanding to get the two-back operation going again. How much we use it, I don’t know, but at least we’ve got a fullback on our roster who is a really dynamic special team player, so he’s going to improve our special teams also. But we’ll try to utilize him.”

I heard a player say, ‘I hear two voices when I’ve played football in my career: one is my father, and the other one is my position coach, Tom Rathman.’ That was Nyheim Hines. They know that voice…

Exactly. So Hines this year, with a new quarterback in Philip Rivers, who loves dumping it off to the running back — does his role change at all?

Rathman: “I don’t believe so. I mean, I think Nyheim is a very talented running back who has really developed his skills, not only as a third-down back and a guy that plays in empty formations, but as an every-down back. I mean, if you look at him and what he’s done with his opportunities when he’s had the opportunity of playing on first, second down as an every-down back, I mean, he’s done very well. And he continues to show development, growth, and that’s really what you look for as a coach. And we talk about consistency, playing at a high level — I mean, those things are things that he’s taken his game to that level.”

Is there room in Indianapolis for two 1,000-yard rushers, as it pertains to Marlon Mack and Jonathan Taylor?

Rathman: “That’d be great to have two 1,000-yard rushers. But, you know, we’re just gonna take it game by game. That’s all we can do — really, play by play. You know, make sure that you do all the fundamental things right, you’re right on target what you’re asked to do, and that’s really gonna be the key to the improvement of our operation here, is everybody doing it the way that it’s coached and the details that are taught and at the level that we’re talking about. And the expectations out of whoever is in as a running back are the same, whether you’re the starter or you’re a practice squad player: when you take that huddle, and you’re in that huddle, there’s a certain expectation that we expect.”

When it comes to the locker room — not the Xs and Os — and bringing that together, what did you learn from Bill Walsh, and do you see any comparisons with how Frank Reich handles his business?

Rathman: “Well, he was very dynamic in that aspect, Bill Walsh, alright? So, yeah, I learned a lot from Bill, just how to interact in the locker room with your teammate, and, really, it’s about everybody being on the same level. There was no rookie hazing when we went in there. So as a rookie I didn’t have to sing my college song, so I was accepted. And I think that’s where it all starts. No hazing — all that, I think that is a good starting point developing the culture of a locker room. And, really, that’s what Bill was all about, was what’s his culture in that locker room going to be like? And, I mean, I think he took it to the next level, and obviously just developing the 49ers in the way he did and being one of the greatest organizations around speaks for itself. But I think everything starts at the top and then it works down. And then if you don’t have a good culture — if you don’t have a good culture — I mean, it’s gonna be hard to succeed. And we’ve seen that in real life. If you don’t have good culture, I mean, you’re gonna have some issues.”

When you played in the NFL, did you set goals for yourself as a player? And also, do you do that as coach?

Rathman: “Definitely set goals for myself as a player. I set short-term goals and long-term goals. Obviously i would’ve liked to have played 10 years in the league — I only played nine — but my body was telling me it was time to get out. And then you set weekly goals; every week I set a goal, right? I didn’t want to drop any passes in practice this week. Just concentrate on one goal, you know? And if you’re gonna achieve that, then you have improved that week. And then you just picked another goal the next week. So, yeah, I was a big goal setter, and I try to emphasize that to the players that I work with, is you have to set to goals so you know where you wanna go.”

Tags: 1on1 back fullback he Rathman so tom Utilizing

NFL’s response to Jon Gruden lawsuit is due soon