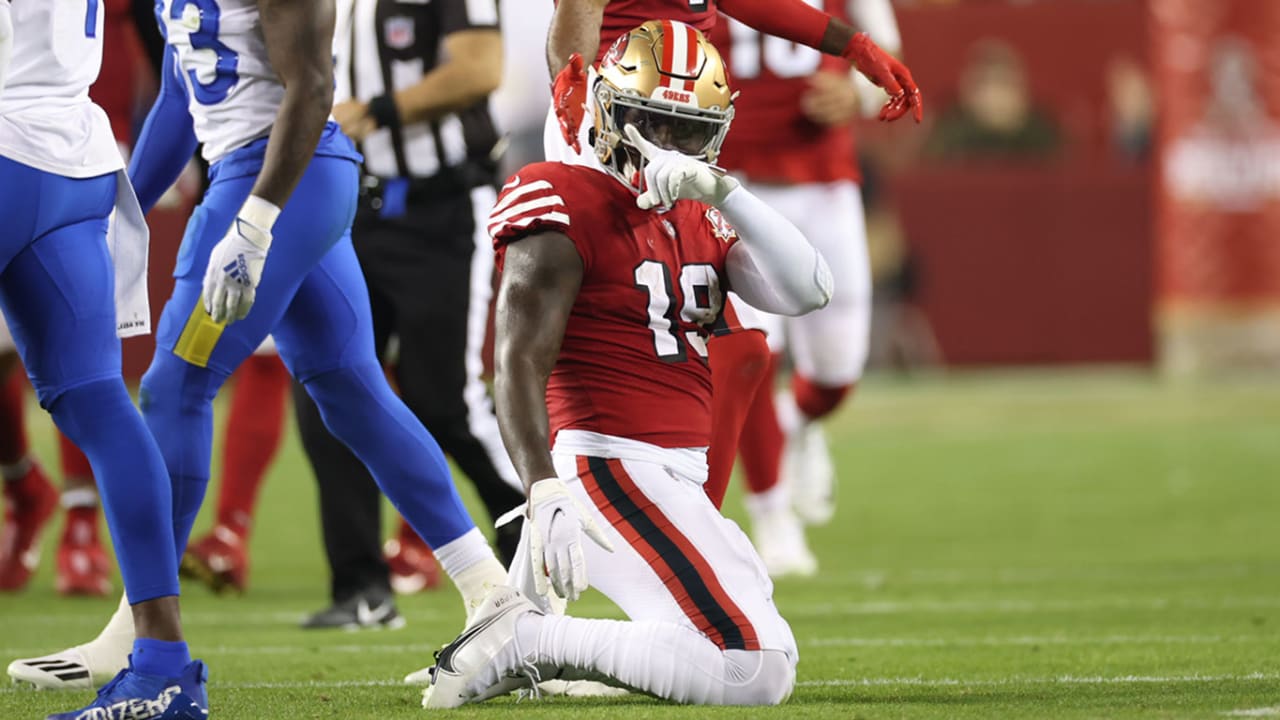 No surprise here as Williams continues to make his case as the top offensive lineman in the NFL. Williams’ overall grade was the 49ers highest on the team as the left tackle did not allow a single quarterback pressure against the Rams. His 97.8 overall grade on the season is the highest of any player in the NFL through Week 10. Williams’ performance earned him yet another appearance on PFF’s “Team of the Week.”

In back-to-back weeks, the 49ers tight end has found himself in the end zone. Kittle finished his night hauling in five targets for 50 yards and a score. Four of Kittle’s six catches resulted in either a first down or a touchdown.

Samuel had himself a night on primetime hauling in five catches for 97 yards and a score. Of his 97 receiving yards, 57 came after the catch. Four of his five receptions resulted in either a first down or a touchdown. He also notched five carries for 36 yards rushing and another score, with three of those five carries resulting in a first down. Samuel forced five missed tackles receiving and another two rushing. The wideout also landed on PFF’s “Team of the Week.”

Samuel leads all qualifying WRs in:

For the second-straight week, San Francisco’s signal caller has been among the team’s top performers. Garoppolo finished the night completing 15-of-19 passes for a season-high 78.95 completion percentage for 182 yards and two touchdowns for a 141.7 quarterback rating. Garoppolo got the ball out quick on Monday night, with an average time from snap to pass attempt of 1.99 seconds, the quickest of any starting quarterback in Week 10. Garoppolo’s 87.1 overall grade over the last three weeks is the highest of any qualifying quarterback over that span.