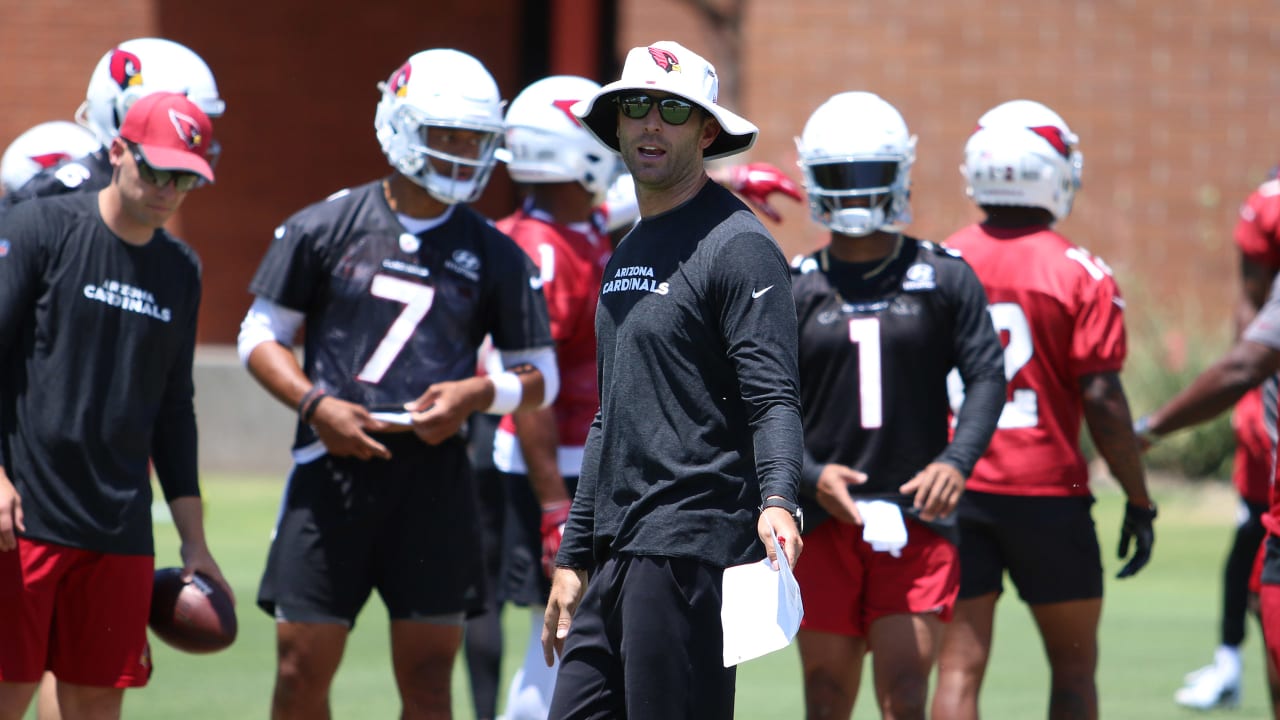 Zoom was an unknown to most everyone back when the coronavirus sent everyone home to shelter. When teams started gearing up for their offseason work – whatever that was going to mean – no one was sure how effective the “virtual” world was going to be. To a man, they’ve all said it worked. The Cardinals got in what they needed to, at least in the classroom, and as an extra, it provided an important forum for conversations around the Black Lives Matter movement. Perhaps it isn’t the same as the players all hanging out in the locker room or cafeteria as in a normal offseason, but at least the contract wasn’t absent altogether, like it was in the lockout of 2011.

SOME PLAYERS STILL COULD’VE USED TIME IN FRONT OF COACHES

There are reasons to think the Cardinals did get something out of an abbreviated offseason, but that doesn’t mean there weren’t some that may have been hurt overall. The first players that come to mind are all the undrafted rookies or free agents like quarterback Chris Streveler, who could’ve left positive impressions and are now left with an even more thin margin for error in training camp. Then there are the holdovers. There is no question second-year wide receivers Andy Isabella, Hakeem Butler, and KeeSean Johnson needed time with coaches on the field, or that coaches needed to see what progress they have made. Cornerback Byron Murphy Jr. could’ve used on-field time with Patrick Peterson and Robert Alford.

The virtual meetings gave the players and coaches a chance to talk about racism in this country and their personal stories. No, it isn’t directly about football. But football is played by human beings, and in the NFL, the majority of those human beings are black. And these issues to what Fitzgerald and Kirk and Murray and others have spoken about impact not just black people but all people.

PATRICK PETERSON IS IN A GOOD PLACE

It’s been an interesting two years for Patrick Peterson, to say the least, from his frustration and wanting to be traded in 2018 to his suspension last year, subsequent return and struggles until finishing strong, to his optimism for 2020, both with the team and personally. That Peterson doesn’t seem that worked up about his contract going into a final season is somewhat of a surprise. But if Peterson plays the way he can and the way he did the last few games of 2019, he’ll get his money and the Cardinals will get the cornerback they need.

THE CARDINALS FELT GOOD ABOUT THEIR OFFENSIVE LINE

Yes, the Cardinals drafted Josh Jones and yes, they expect him to eventually start at tackle. Will it be this year? Maybe not – and in a year where the rookies will have a more difficult time given that they haven’t been on the field, the runway to get there is short – but they have vets who have played right tackle. Had Jones not been there on draft day, they were ready to go with Marcus Gilbert and Justin Murray. Mason Cole had been penciled in to start in 2020 at center and the other three spots remain the same in left tackle D.J. Humphries, left guard Justin Pugh and right guard J.R. Sweezy. They need to keep trending the right way, but wholesale changes weren’t made and they didn’t need to be made.

Obviously, it wasn’t only the offseason impacted by COVID-19. The season will be too. To what extent we still do not know. Everything is fluid, week to week, and even day to day. The plan is to have an NFL season, but in many ways it won’t look like any other year. Some of that will be front-facing, some of that will be behind the scenes. But the players already understand change is coming.

No one is picking the Cardinals to win the Super Bowl. They aren’t a favorite to win the NFC West, not with the 49ers and Seahawks and Rams as their division mates. But the optimism around the team isn’t relegated to the words of Patrick Peterson and Kenyan Drake. There are plenty of national analysts talking up the Cardinals, and/or Kliff Kingsbury, and/or Kyler Murray. They love the addition of Hopkins. They see potential. It’s about the play on the field, of course. But it’s been a few years since they’ve been seen through this prism heading into a season.