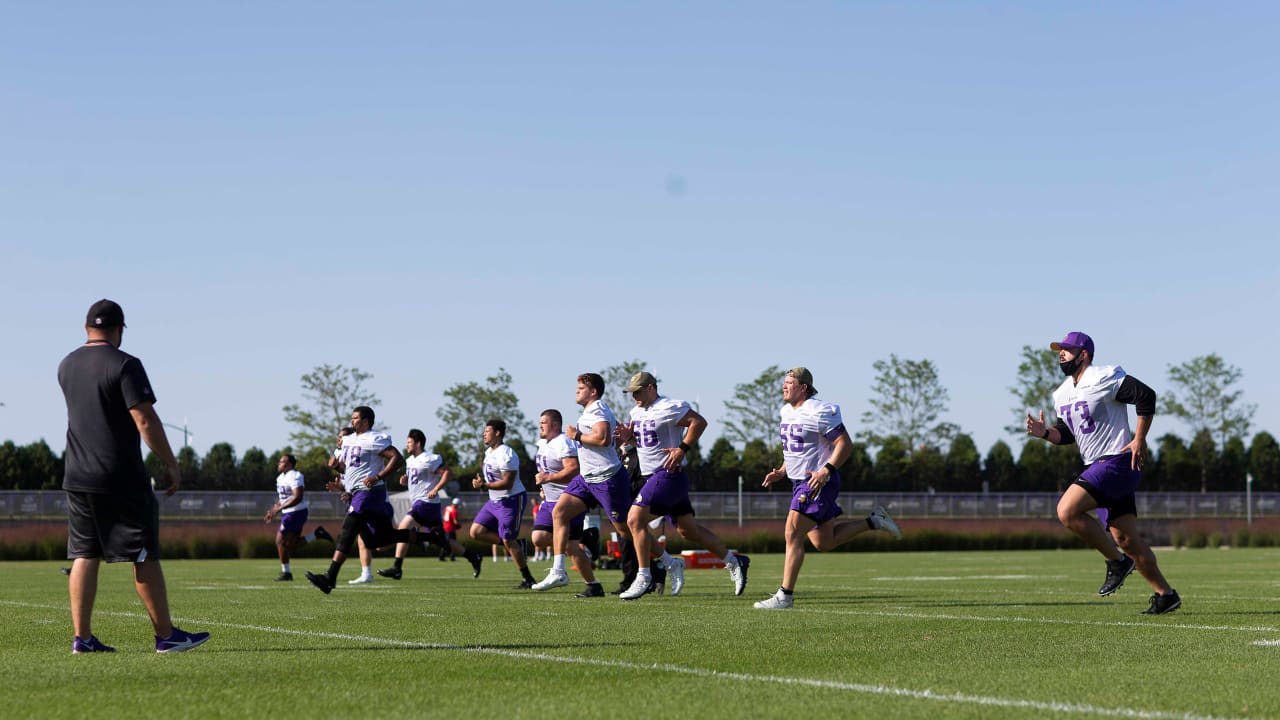 “We have great competition in that room at that position, and I think we’re going to be just fine,” Patterson added.

Watts and Johnson appear to be the top candidates to start at nose tackle in Pierce’s absence, but Patterson noted Stephen can play that spot, too.

In fact, Patterson lauded the versatility of each of his defensive tackles, noting they all have the ability to switch seamlessly from the 3-technique spot to nose tackle.

Jalyn Holmes is also in the conversation at defensive tackle, as is Hercules Mata’afa and 2020 draft pick James Lynch out of Baylor. David Moa joined the group as an undrafted free agent.

With no preseason games on the docket in 2020, the starting spots on the interior of the Vikings defensive line will be determined by practices over the next few weeks.

“[Players are] going to be evaluated on everything [they] do, so in years past, you may watch the walk-through tape, but it’s just to make sure a guy’s lining up correctly and that kind of thing,” Patterson said. “Well, now you’re evaluating that tape as a coach. You’re evaluating, is a guy just going through the motions? Or is he trying to keep his pad level down?

“So as coaches, now we have to evaluate every single thing that they do in order for us to have the greatest evaluation to pick the best 53 guys on this roster,” Patterson added. “I just wanted to make sure the players understood that, that you’re being evaluated on every single thing you do, and to me, I think that’s the big difference.”

It’s no secret that opportunities at cornerback are ripe for the picking in Minnesota.

The Vikings saw the departures of Xavier Rhodes, Trae Waynes and Mackensie Alexander this spring, which means that starting spots are up for grabs.

The most experienced corners currently on Minnesota’s roster are Mike Hughes (five starts), Holton Hill (four starts) and Kris Boyd, who played in all 16 games as a rookie in 2019 but primarily contributed on special teams.

The Vikings addressed the position in the draft, as well, selecting TCU’s Jeff Gladney with the 31st overall pick and Mississippi State’s Cam Dantzler 89th overall.

All-Pro safety Harrison Smith said he’s looking forward to working with a young group of corners and seeing how the competition shakes out.