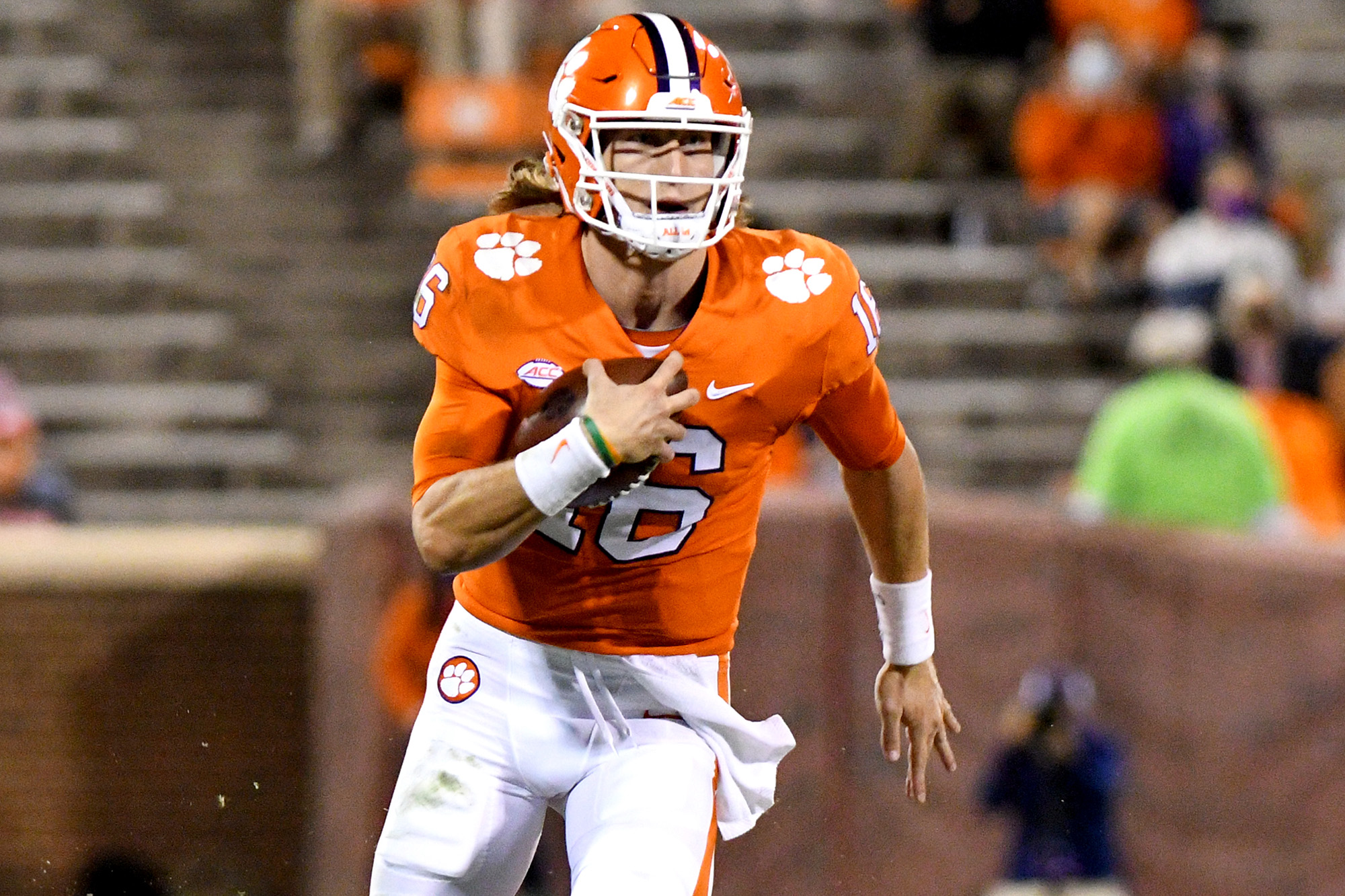 Trevor Lawrence instilled fear in Jets fans during the week when he left the door open to returning to Clemson for his senior season instead of declaring for the 2021 NFL Draft, for which he’s long been expected to be the No. 1 pick.

But folks in NFL circles don’t appear to be buying that Lawrence, 21, will stay in school. ESPN’s Adam Schefter solicited opinions from multiple NFL executives, all of whom indicated it’d be stunning if he didn’t enter the draft.

One person told ESPN they’d be “shocked” if Lawrence returned to Clemson; another told the outlet “you have a better chance of winning the Boston Marathon” than Lawrence does of staying at Clemson; a third cited history in their projection that Lawrence will leave. ESPN also reports Lawrence started interviewing prospective NFL agents in March.

Lawrence, who missed Saturday’s Clemson win after testing positive for COVID-19 and will miss their game against Notre Dame, suggested Tuesday he could pull a Peyton Manning and avoid the Jets in the draft.

“Obviously, I have the option to do either one. Kind of my mindset has been that I am going to move on,” Lawrence told reporters on Tuesday, before his coronavirus diagnosis. “But who knows? There’s a lot of things that could happen.”

Roddy White, a former four-time Pro Bowl receiver with the Falcons, recently suggested Lawrence should go back to Clemson if the Jets end up with the No. 1 pick.

Denzel Mims could be odd man out as more Jets…