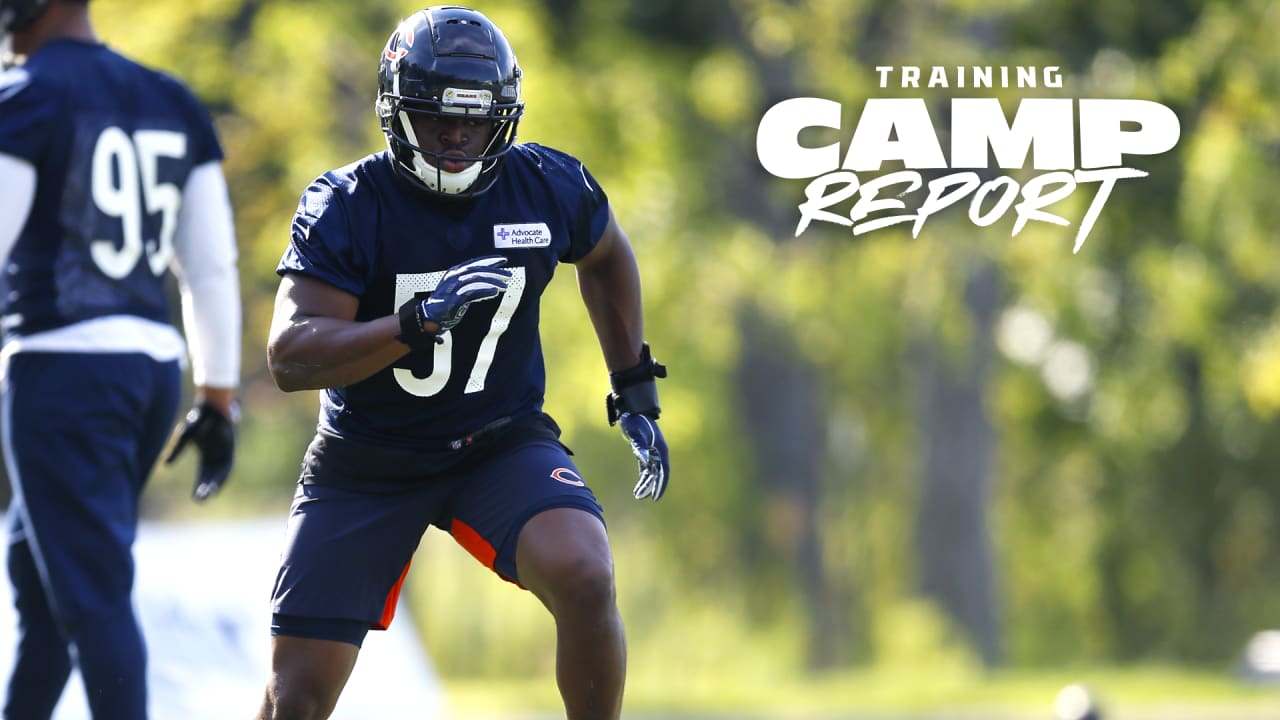 The younger Mack’s path had echoed that of his older brother long before he arrived in Chicago. Like Khalil, Ledarius spent his early years focused on basketball. Ledarius didn’t even play football in high school.

“Football was there,” said Ledarius, “and I always wanted to explore that route. So when the opportunity presented itself, I took it. That’s how I got to this point. If I would have stuck with basketball and tried to ride it out, then it would be a totally different story.”

Ledarius began his journey in junior college before earning a scholarship to Buffalo to play linebacker, where he accounted for seven sacks as a senior. Now, his goal is to make a name for himself in Chicago.

The Bears roster boasts several players who entered the NFL with limited football experience, such as wide receiver Javon Wims and tight ends Jimmy Graham and Demetrius Harris. However, Ledarius knows he has an uphill climb ahead of him, and he’s determined to make an impact.

“Just go [as] hard as I can every day,” said Ledarius. “Give 100 percent effort. That’s all I can do and put my intentions on tape.”

Ledarius knows the identity he wants to project to the coaching staff.

“Just a relentless player on the field,” said Ledarius. “My main goal is to get what I want. And what I want is to make plays every time. Every play that’s mine, if I can get it, it has to be mine.

Ledarius has the added advantage of learning from a five-time Pro Bowler with a vested interest in his success.

“It’s a true blessing,” said Ledarius. “He’s truly that light. [He] definitely has helped me out through my whole football experience. It’s not just coming here. He has always been involved in some type of way. I can’t thank him enough.”

As the person on the team who has known Khalil Mack the longest, Ledarius is uniquely qualified to speak to his brother’s state of mind entering this season.

“All I see in his eyes is he wants to win,” said Ledarius. “That’s my mindset as well. Every day I come out here, and my mindset is to win my individual battles. He just wants to win, and so does everybody here. That’s just the mindset, and that’s how we take every day: approach every day with a winning mindset.”