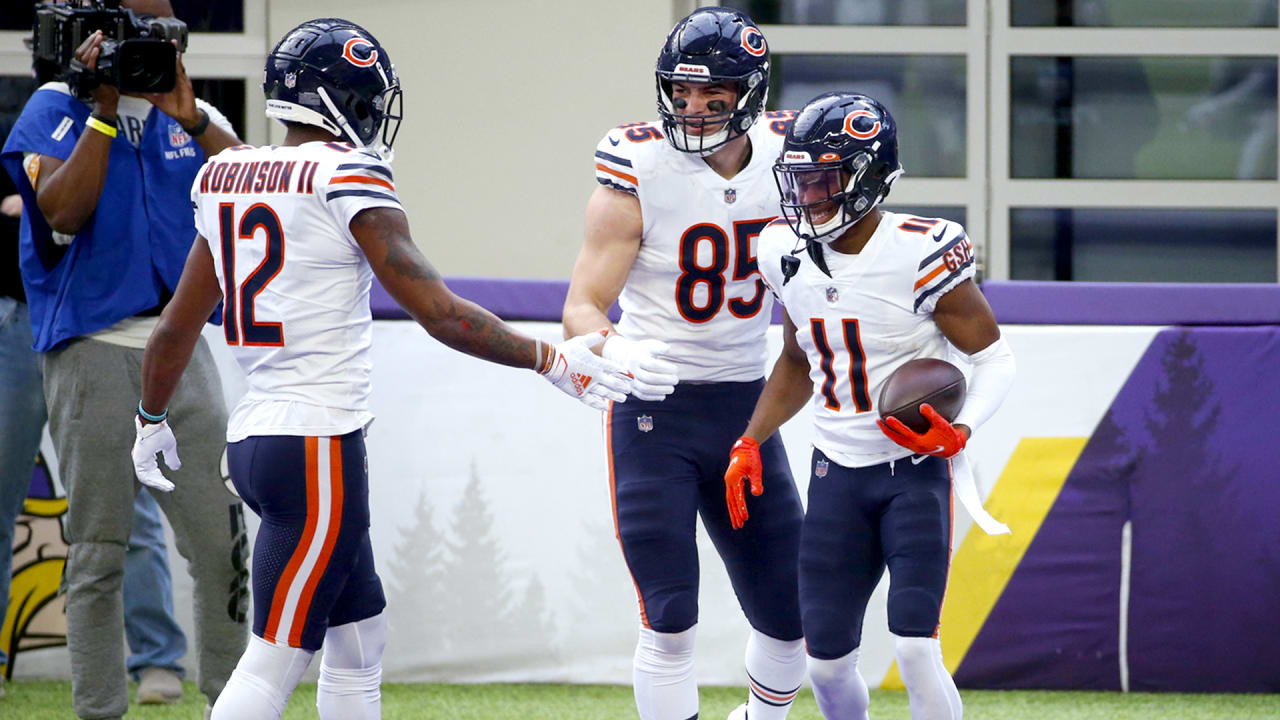 • The Vikings still could be a factor.

Although Sunday’s win gave the Bears a one-game lead over Minnesota (6-8), the Vikings still could earn the final wild card berth with road wins over the Saints (10-4) and Lions (5-9), coupled with one Bears loss and two Cardinals defeats.

In that scenario, the Bears, Vikings and Cardinals all would finish 8-8—and Minnesota would win tiebreakers over the Bears based on a better division record and over Arizona due to a better record versus common opponents.

• The Bears could still earn the No. 6 seed and the second wild card.