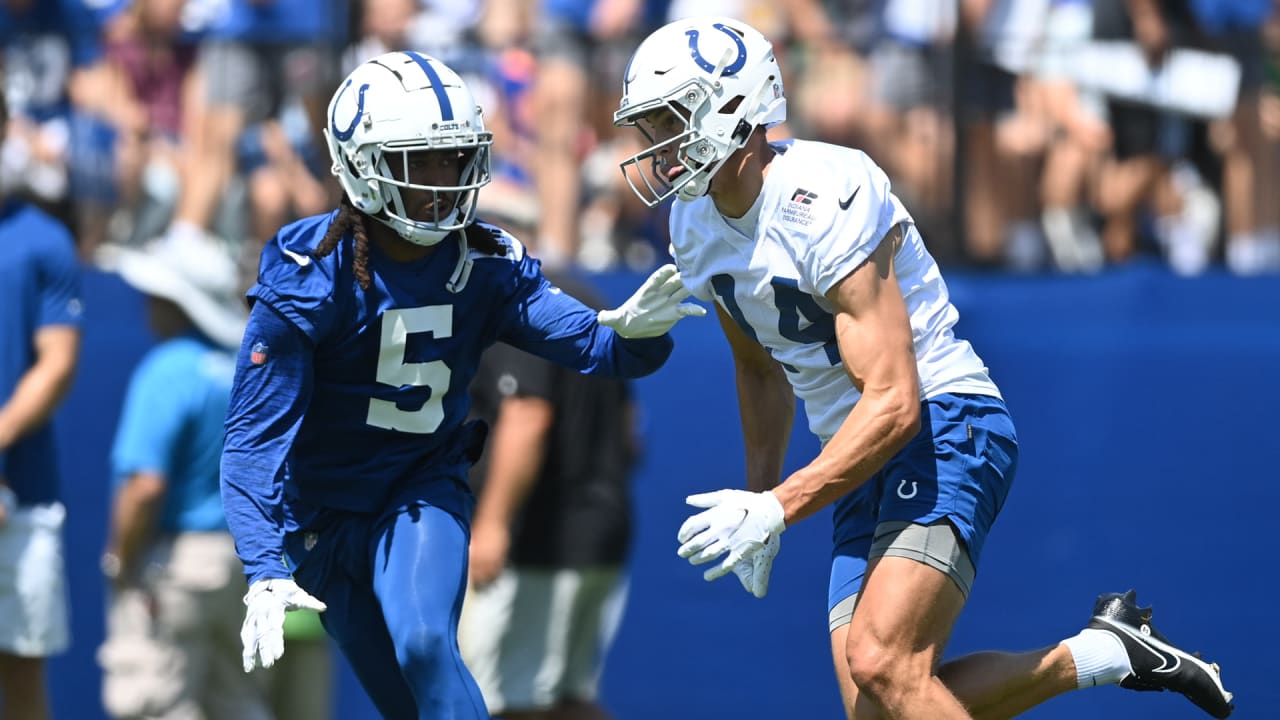 WESTFIELD, Ind. – Colts general manager Chris Ballard recalled last week how safety Nick Cross “stuck out like a sore thumb” on the second day of this year’s NFL Draft. The Colts had a second-round grade on Cross, and as the third round rolled on, the team’s brain trust decided: We gotta go get this guy.

Three and a half months later, Cross stuck out again – this time on the practice field, on the second play of his first training camp practice. The 6-foot, 212 pound safety positioned himself in front of tight end Mo Alie-Cox in a seven-on-seven period, tipped a pass from Matt Ryan in the air and then dove to his left to come down with an interception.

“I think what showed up in practice is what we did see in his college tape – some of the things that he did really well there,” defensive coordinator Gus Bradley said. “That position he’s playing, we’re asking a lot of that. There’s going to be a lot on his plate, a lot of different techniques. He’s pretty cerebral too. He seems to be picking it up. He just needs a lot of reps. I think physically, he has a lot of the characteristics we’re looking for.”

The Colts are working Cross primarily as a strong safety in Bradley’s defense, but he has the experience and versatility to play a deeper free safety, too.

For Cross, he feels like the experience of playing with guys like DeForest Buckner, Stephon Gilmore and Kenny Moore II in practice is elevating his game.

Updates and notes on other Colts rookies: