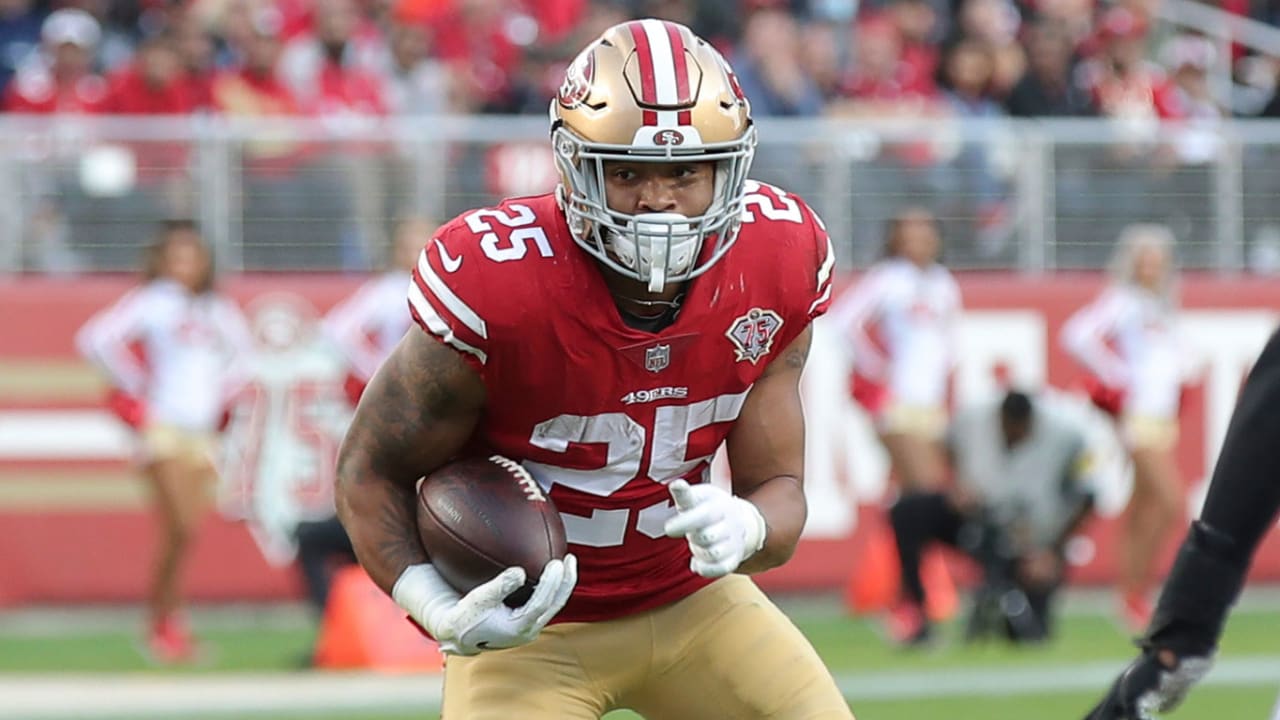 The San Francisco 49ers could see the return of running back ﻿Elijah Mitchell﻿ for Sunday’s NFC showdown against the Minnesota Vikings. The ball carrier was limited during the week of practices and showed encouraging signs in his recovery from a finger surgery a week ago. However, San Francisco will be monitoring his progress over the weekend before giving Mitchell the green light in advance of Sunday.

“He got better each day. He was able to do everything except we just kept guys from hitting him,” head coach Kyle Shanahan said on Friday. “If he’s not 100% confident in how he feels, then we won’t put him out there. So it’s mainly just getting to that point and I think he’s getting closer to being that.”

Defensively, Shanahan still anticipates the returns of linebacker ﻿Dre Greenlaw﻿ (groin) and edge rusher ﻿Dee Ford﻿ (back/neck). Greenlaw participated in his second week of practice after the 49ers opened his practice window from Injured Reserve in Week 11. Ford’s window was opened this week as he was also a limited participant throughout the week.

The 49ers have until 1 p.m. PT on Saturday to elevate both Greenlaw and Ford to the active roster if they are to play in Sunday’s tilt.

It’s worth noting, ﻿Maurice Hurst﻿ made his first return to practice since being sidelined with a calf injury in Week 7. Despite his limited return, the defensive lineman has been ruled doubtful ahead of Sunday.

As for Minnesota, pass rusher Everson Griffen, who has been dealing with a personal matter, has been ruled OUT. Meanwhile, safety Camryn Bynum (ankle) and guard Wyatt Davis (ankle) are questionable heading into the weekend.

Here’s a look at the final injury report ahead of #MINvsSF:

Tags: he his week