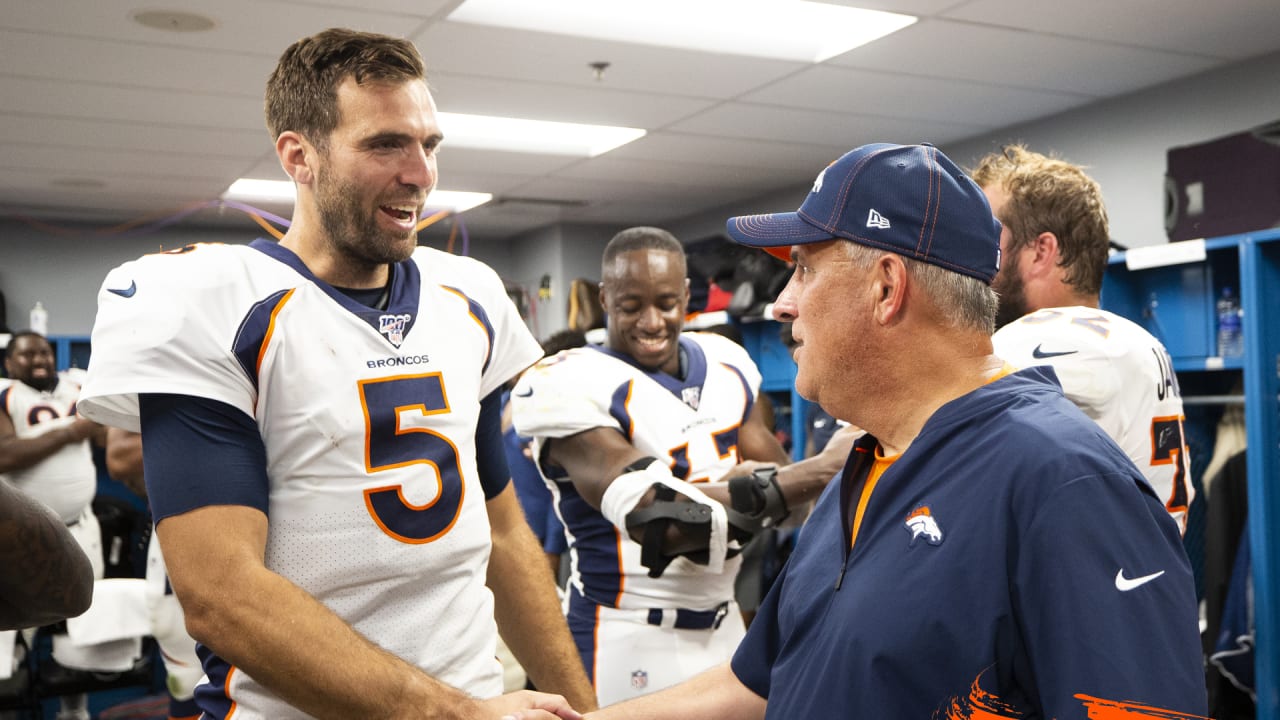 Fangio didn’t keep the game ball for long, as he quickly tossed it over to linebacker Alexander Johnson.

The game, Fangio said afterward, was less about him than it was about his players.

“The way I look at it is just as the first win for the 2019 Broncos,” Fangio said. “Obviously the next few days will be better than the few days after the last few games for me and everybody else, but I’m really just happy for this team. … I know the results don’t show it and results can obscure a lot of things, justifiably so, but these guys have been doing everything we’ve asked of them. They fought.

“[Chargers head coach] Anthony Lynn, who is a guy that I respect, he told me before the game, ‘Hey, your guys are playing really, really hard. Just keep hanging in there.’ And he said, ‘I hope it’s not today.’ But I’m glad it was today.”

The Broncos, who scored 14 first-quarter points and forced three turnovers before hanging on late for a win, won’t celebrate this game for long.

“It feels good to win,” Von Miller said. “We can’t really bite off more than we can chew. Just stay in the moment. Great team win today [by] the offense and the defense, special teams plays well as well. Just staying humble. We want to celebrate this win and then move on to the next one. Just one day at a time.”

Fangio, though, isn’t yet looking ahead to Monday.

Asked how he would sleep on Sunday night after his first win as a head coach, Fangio quipped, “I may not.”

With two games in the next 11 days for the Broncos, he may get a head start on prep for Week 6.

“To be honest with you, we’ll probably get back to the facility … and I’ll go in and start working on Tennessee,” Fangio said.

After his first victory as a head coach and the team’s first win of the season, getting another is all that seems to matter.