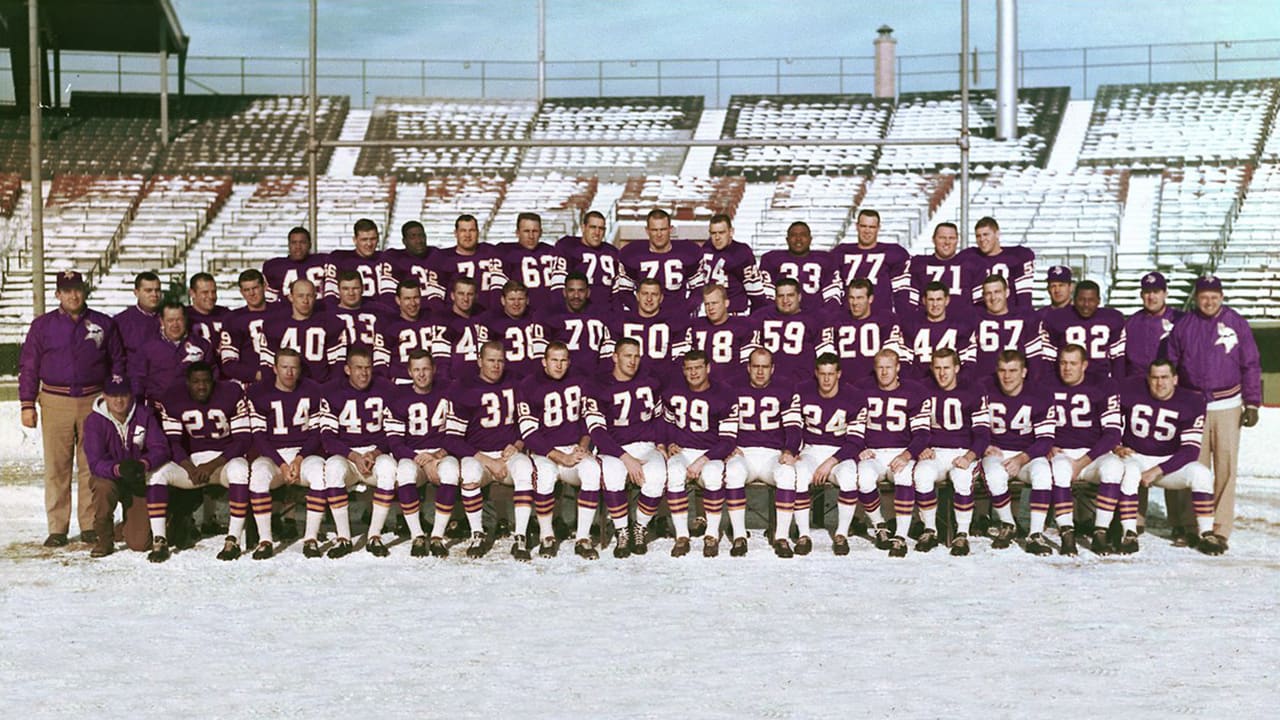 Eagan, Minn. (August 17, 2020) – With today’s first padded practice of Verizon Vikings Training Camp, the Minnesota Vikings are officially kicking off the team’s 60th season. In commemoration of the historic mark, the Vikings are set to celebrate in various ways ranging from limited edition 60th season Miller Lite cans to the Season of Firsts exhibit at the Vikings Museum to honoring the 60 Greatest Fans of All Time presented by U.S. Bank.

Coverage of the 2020 season begins today as the Vikings, in partnership with KFAN-FM 100.3 and KMSP Fox 9, will livestream the padded practice. In addition, in conjunction with Miller Lite, the team will continue replaying memorable U.S. Bank Stadium games every Sunday through September 6.

Launching this month, Miller Lite has created a limited edition can to commemorate the Vikings 60th season. The can, which utilizes new designs to celebrate the historic season, will be available in bars, restaurants and liquor stores through the end of 2020. For images of the can, click here.

60 Greatest Fans of All Time Presented by U.S. Bank

Earlier this month the Vikings debuted the Season of Firsts exhibit at the Vikings Museum. The exhibit features a series of memorable firsts, beginning with a shocking inaugural upset victory and ending with the selection of the team’s first two Pro Bowlers. The museum will be open for visitors to tour throughout the 2020 season. For hours, ticket and general information about the Vikings Museum, visit Vikings.com/Fans/Vikings-Museum. Photos of the Season of Firsts exhibit are available here.

KFAN will broadcast from 2-4 p.m. (CT) and the simulcast will be bookended with 2020 Verizon Vikings Training Camp content by KMSP’s Hobie Artigue, Dawn Mitchell, Pierre Noujaim and Jim Rich. The Vikings digital streams and programming will begin at 2:15 p.m. (CT).

Today marks the only practice that will be streamed live in its entirety prior to the Vikings home opener against Green Bay on September 13.

On Sunday, August 23, KMSP Fox 9 will continue its replaying of select Vikings home games with the 2017 Vikings-Rams matchup set to air at 6 p.m. (CT). Fox 9 will air Vikings Preseason Primetime at 5:30 p.m. (CT) leading into the game replay.

A replay of the Vikings inaugural game at U.S. Bank Stadium kicked off the programming last Sunday. Fans may also look forward to airings of the Vikings 2019 game against the Eagles (8/30) and the Minneapolis Miracle (9/6). One game will be aired each Sunday through September 6.

Registration is open for the Twin Cities Orthopedics Virtual Vikings 5K. The registration period extends until Saturday, August 29, and participants have from the final day of registration through Sunday, September 13, to complete their run.

All runners will receive a Woodchuck medal, face buff, race bib and a completion certificate. To assist with preparations and for the run, participants will have access to a Sounds of the North Spotify playlist curated by DJ Skee and instructional videos provided by TCO and Training HAUS on Vikings.com. The 5K may be completed anytime and anywhere during the running window. Participants are encouraged to join the Vikings Wellness group on Facebook to connect virtually with other participants and share health and wellness tips.

For more information and to register, visit Vikings.com/5K.