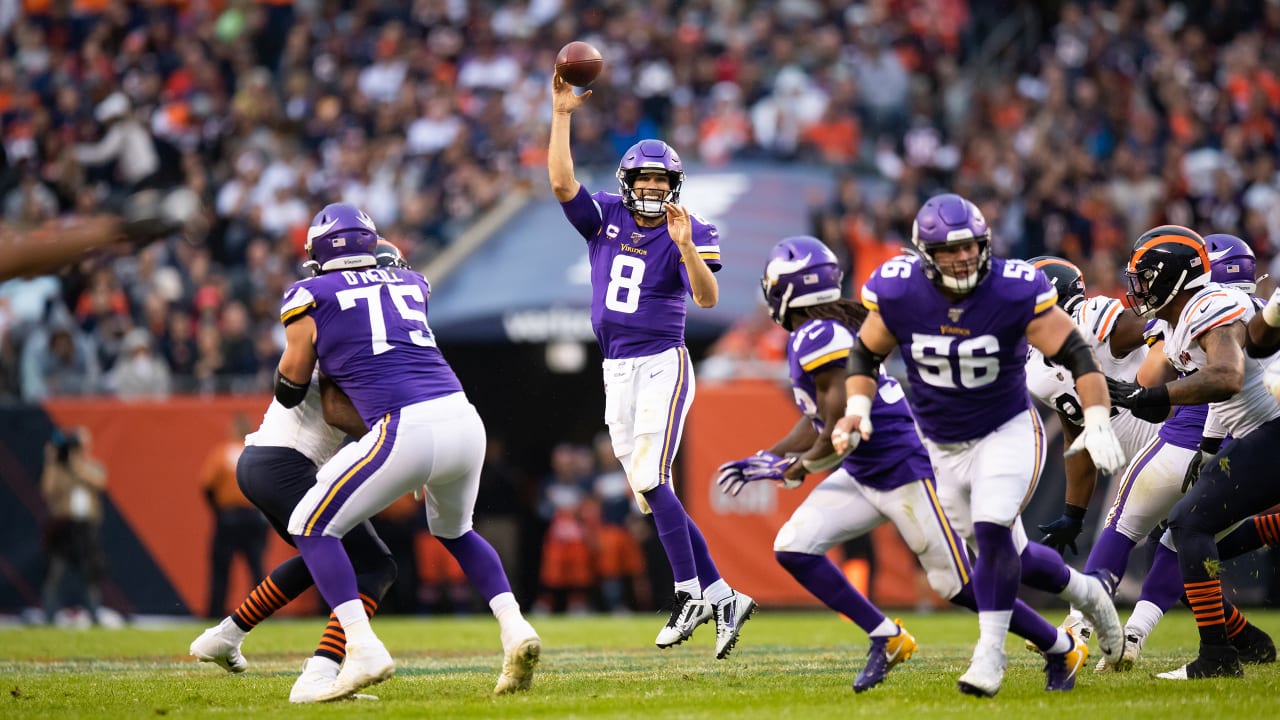 Here’s an Early Look at the Vikings Week 10 matchup against the Bears, presented by Minnesota Eye Consultants, the Proud Ophthalmology Partner of the Minnesota Vikings.

Passing: Cousins delivered a second-straight efficient performance in a divisional game in Week 9.

Cousins also played a turnover-free game and compiled a season-best passer rating of 141.7.

Cousins, whose passer rating is 97.7, is winless as the Vikings starter in three games against the Bears.

The Bears will roll with Nick Foles under center, as he took over for Mitchell Trubisky earlier this season. Foles is 2-4 as Chicago’s starter.

Foles completed 36 of 52 passes (69.2 percent) for 335 yards with two touchdowns and no interceptions in a Week 9 loss at Tennessee. He had a 99.4 passer rating, which was his highest mark of the season.