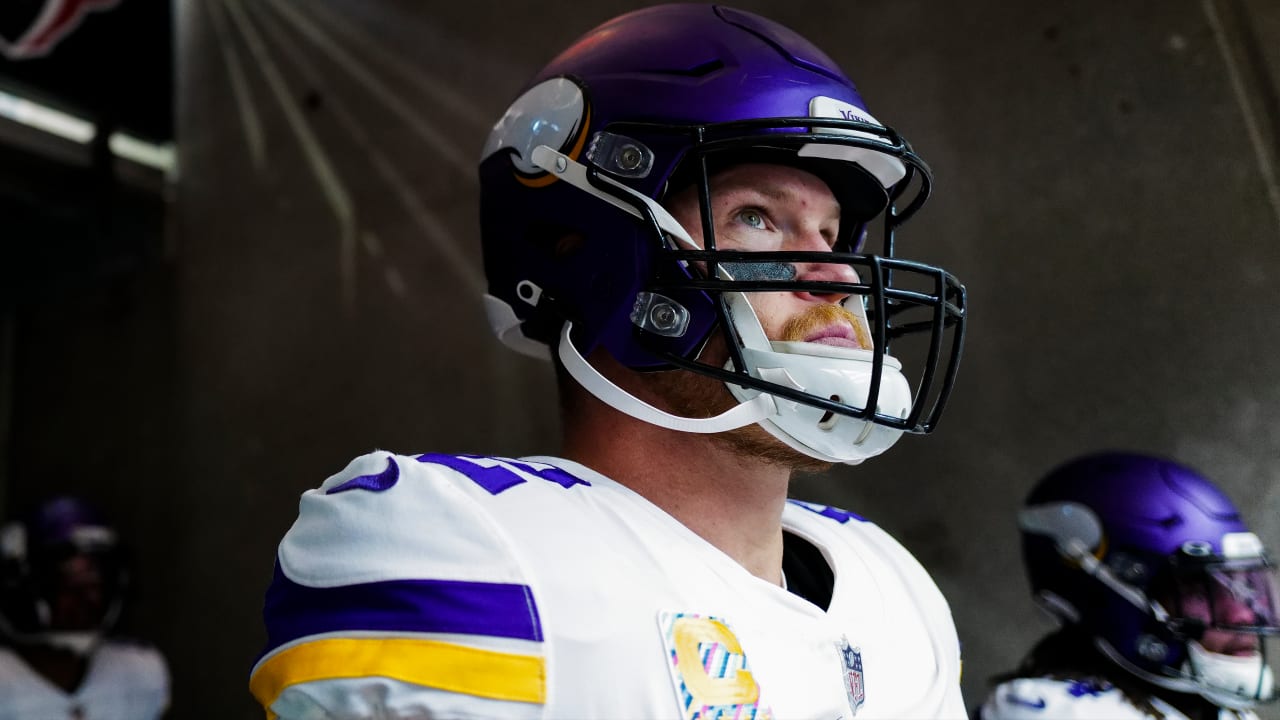 The Vikings have released the list of players that will not dress on Sunday at Raymond James Stadium.

Kyle Rudolph, who has started 93 consecutive games, is officially out after being listed as doubtful on Friday. His streak of consecutive games that leads all active NFL tight ends has been snapped.

Running back Alexander Mattison (illness) and linebacker Eric Kendricks (calf) were ruled out for Sunday’s game following Friday’s injury report and are both inactive.

Tight end Irv Smith Jr. (back), who has missed the past two games is active for the game and will try to fill the void left by Rudolph at the position.

The Vikings have elevated rookie defensive tackle James Lynch from their practice squad for today’s game. Linebacker Hardy Nickerson was signed to the team’s active roster and safety Curtis Riley was waived on Saturday.

Below is the full list of players who won’t dress: