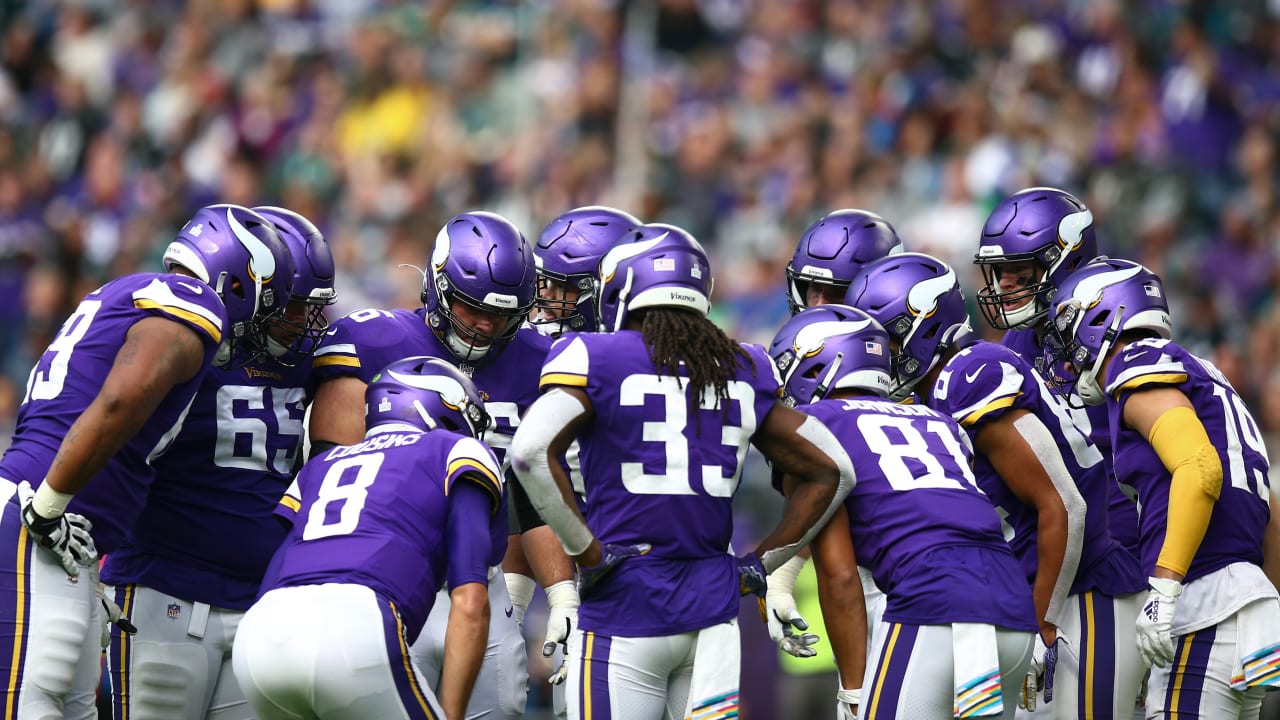 There won’t be a shortage of pass-rushing stars on the field Sunday afternoon.

According to the analytics website Pro Football Focus, Vikings defensive end Danielle Hunter leads the league with 64 total quarterback pressures. He also has 8.5 sacks so far in 2019.

Fellow defensive end Everson Griffen, who has 6.0 sacks, is third on the list with 56 total pressures.

And Denver’s Von Miller is tied for fifth in the NFL with 48 quarterback pressures. Miller has 4.0 sacks in 2019.

“We’ve got to know where he is, for sure,” Zimmer said.

Broncos head coach Vic Fangio was asked earlier this week on a conference call what kind of challenge Hunter and Griffen will present for Denver’s offensive line.

Broncos left tackle Garrett Bolles has been flagged 11 total times in 2019, which is tied for the highest count in the league. Bolles, who has had a league-high six of those penalties declined, has had five holding calls stand — tied for the second-most in the NFL.

Vikings tackles Riley Reiff and Brian O’Neill will also have their hands full with Miller and defensive end Derek Wolfe, who leads Denver with 5.0 sacks.

Since 2015 when Hunter was a rookie, he and Griffen have totaled more sacks (91.5) than any other duo in the NFL. Cincinnati’s Geno Atkins and Carlos Dunlap are next with 80. Miller and Wolfe rank third with 69.5.

When both teams drop back to pass, there will be plenty of firepower coming at them.