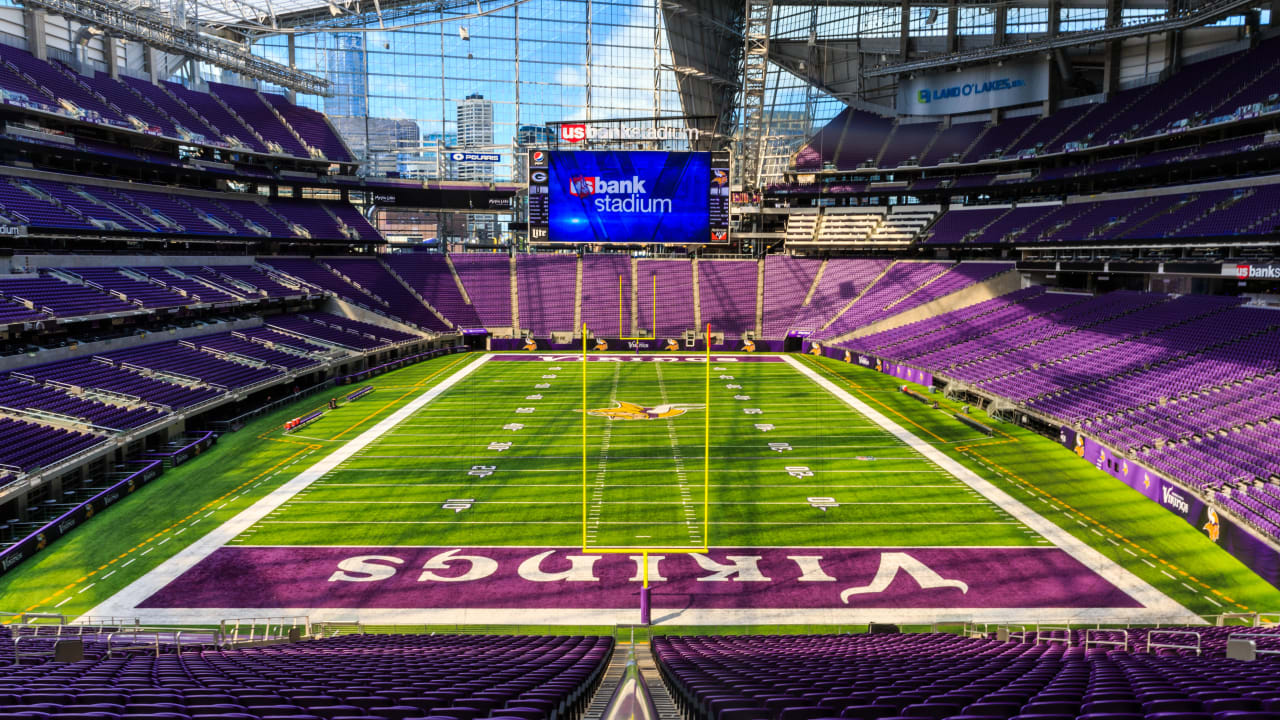 Vikings commitments to run game to collide with Falcons | By @pcraigers

Dalvin Cook is fast. He’s shown it during moments of his first two seasons and threw in a reminder by taking one of his two carries 85 yards for a touchdown this preseason.

The Falcons defense also is fast, healthier than a year ago and doesn’t mind crowding the box (check out the video below of Pete Bercich in the Film Room, breaking down the way Atlanta defends the run):

The Vikings have put forth significant commitments to improving a run game that ranked 27th in attempts and 30th in rushing yards per game in 2018.

Zimmer was asked about the potential collision course of Minnesota’s desire to run and Atlanta’s goal of stopping the Vikings on Sunday.

“There’s ways to do it, but you have to be balanced, too,” he continued. “It’s not so much about having how many guys in the box. It’s, ‘Who are the guys in the box? How can we get a guy out of the box a little bit?’ And then being able to physically block the other guys.”

Zimmer cited Emmitt Smith’s career in Dallas when teams often added a defender close to the line of scrimmage.

“[The situation was,] ‘This guy is yours, so you’ve got to run through them or make a cut or whatever.’ You’ve just got to figure out ways to do it, and again, you still have to be balanced. My point was, you have to be balanced, so when you are throwing the football, they just can’t tee off and go, and if they’re not concerned about the running game ever, they’re just going to rush the passer and you’ve got problems.”

Cook was asked what he can do when facing a loaded box.

“That’s definitely a good sign that we’re running the football well,” Cook said. “But, that’s going to be kind of hard when you have threats on the outside, and we’ve got playmakers like we’ve got. With the guys we’ve got out wide, it’s kind of hard to stack the box. That’s why I love being with this group, because we’ve got some guys that can cut back and bust this thing open and change the scoreboard.”

— The Vikings are 4-1 under Zimmer in season openers since he took over as head coach.

— Harrison Smith is set to play in his 100th career game Sunday. The safety has been to four straight Pro Bowls, has 20 career interceptions and holds the franchise record with four pick-sixes.

— In 2018, Vikings quarterback Kirk Cousins became the only player in NFL history to throw for 4,000-plus yards and complete 70 percent of his passes while throwing at least 30 touchdowns with 10 or fewer interceptions. Falcons quarterback Matt Ryan nearly joined Cousins in that club, throwing for 4,924 yards with 35 touchdowns and seven interceptions, but his completion percentage was 69.4.