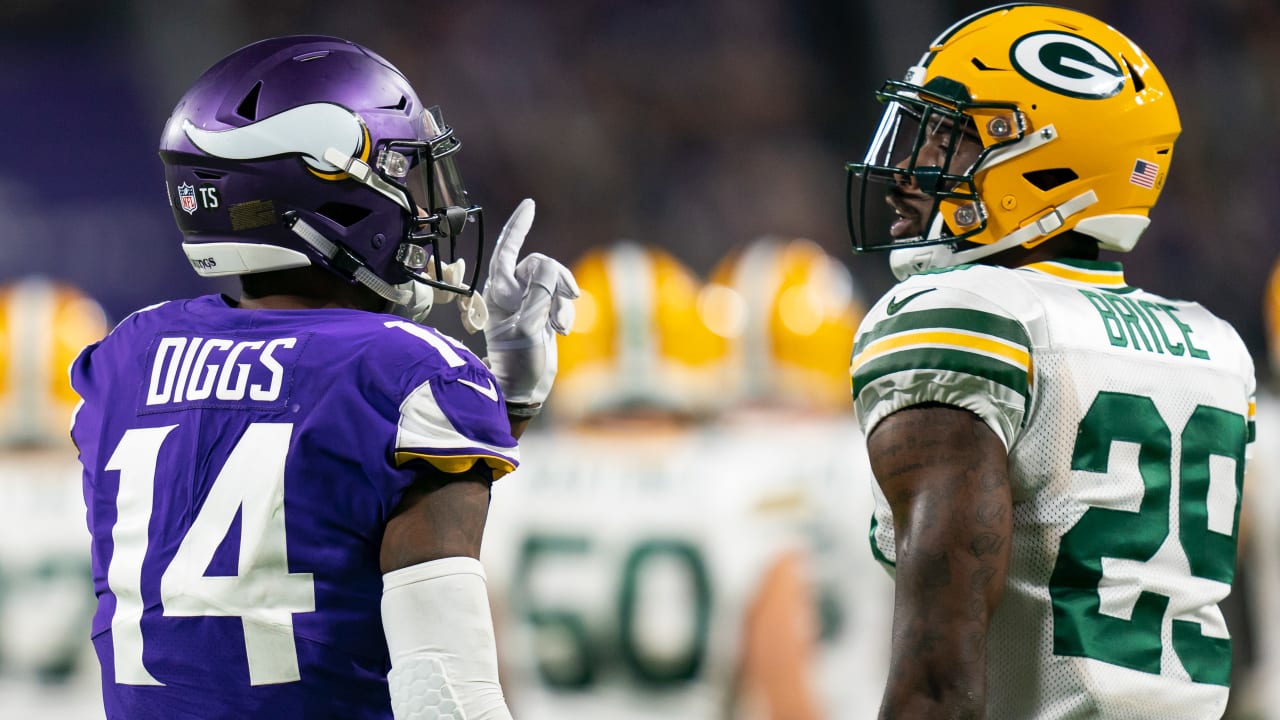 The Vikings (10-4) are facing off against the Green Bay Packers at U.S. Bank Stadium on the big stage during Week 16.

The Packers (11-3) will take the short trip to Minneapolis to take on the Vikings on Monday Night Football.

The Packers defeated the Bears 21-13 on Sunday in Green Bay last week, eliminating Chicago from the 2019 playoffs.

Let’s see who the experts are picking to win the game on Monday Night:

Hired in 2014, Mike Zimmer steadily built this defense, keeping the core group together at long odds and great expense since. While the Vikings have poured resources into the offense, too — hello, Kirk Cousins — this defensive group was made for occasions like this one. 6-0 at home this season, Minnesota can win the NFC North and possibly earn a bye with home wins against the Packers and Bears.

This Green Bay team has proven resourceful, but the Packers are still searching for offensive consistency. They are as likely to hit a few big plays as they are to go three-and-out four straight times in the fourth quarter, like they did last week. [Head Coach] Matt LaFleur is in his first season and General Manager Brian Gutekunst is in his second, just starting to construct the Packers team they envision. To put it another way: If the Vikings can’t win this game, this week, against this Packers team, then what was all this careful roster construction for?

This is for the division lead and should be a heck of a game. The Vikings are banged up and likely without star runner Dalvin Cook, but they will still run it without him against a suspect Green Bay run defense. The place will be rocking, but it’s a big game, and I will take Aaron Rodgers over Kirk Cousins in that scenario. Packers win it.

Oh baby, this is a good one. In all honesty, the Vikings have probably been a better 10-4 than the Packers’ 11-3, if that makes any sense. But Kirk Cousins hasn’t really needed to be on for a few weeks. With the pressure on, how can you doubt Aaron Rodgers?

The Vikings are capable of beating the Packers at home without Dalvin Cook, but if the running back plays through his shoulder injury against Green Bay’s shaky run defense, Minnesota will be in good shape. The Packers will find some spots for chunk yardage as they always do with Aaron Rodgers, but the Vikings, motivated to challenge for the NFC North title and make a deep playoff run, are clicking at the right time.

The Packers are being dismissed as overrated because Aaron Rodgers hasn’t put up gaudy numbers. But their defense and running game have consistently delivered as they’ve embraced a more hard-nosed, physical attitude. The Vikings have been up-and-down defensively but have been clean and efficient offensively, led by Kirk Cousins’ finest season. A healthy Dalvin Cook would help, but this season, the Packers are more of the grinding team, which is why they have emerged as NFC North favorites. Rodgers won’t miss his chance to wrap up the division against his rivals on the road, while Cousins’ big-game woes will cost his team.

This game actually isn’t quite as big as some are making it out to be, as the Packers will remain the NFC North favorites even with a loss: Green Bay only needs to beat the Lions in Week 17 to win the division. Nonetheless, both teams will be playing like it matters, and I think the Vikings are the better team, even if the Packers have the better record.

Why are the Minnesota Vikings laying 5.5 points to close out the week against a Green Bay Packers team that possesses a better record and a better quarterback?

That’s befuddling all three of our analysts. “This is the most baffling line of the week,” Brad Gagnon said. “With so much at stake, I wouldn’t dream of laying 5.5 points with a Kirk Cousins-quarterbacked Vikings team against Aaron Rodgers. Cousins is 0-8 in his career on Monday Night Football, and since the start of 2018, Minnesota is 1-9 against teams with winning records. (The only win came by just two points last October.)

The Vikings are coming off a big win, which only increases the likelihood that they’ll come back to earth against a tough opponent in prime time. Rodgers is probably excited to light up that terrible secondary, and Minnesota will struggle to exploit Green Bay’s soft run defense with or without an injured Dalvin Cook.” Cook might play through his shoulder injury, but it’s true that he won’t likely be 100 percent. That’s gotta be a major factor. And you do have to wonder if this number is inflated by the fact Minnesota won big in Los Angeles.

FiveThirtyEight’s 2019 NFL forecast uses an Elo-based model to calculate each team’s chances of advancing to the playoffs and winning Super Bowl LIV. Playoff probabilities are based on 20,000 simulations of the season and will update after each game.

6 of 7 experts pick the Vikings (one expert did not pick yet), CBS Sports