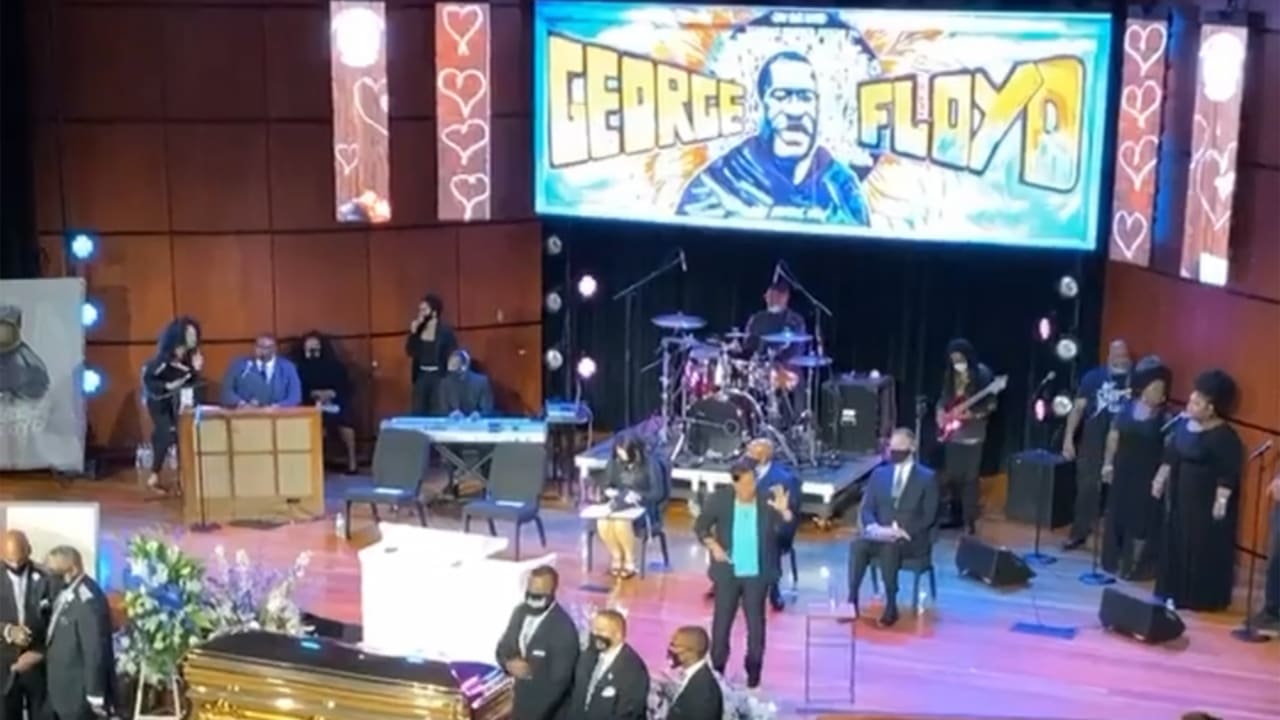 MINNEAPOLIS — A contingent of Vikings players showed their support for the family of George Floyd and the Minneapolis community Thursday afternoon by attending Floyd’s private memorial service.

All team meetings were canceled Thursday, and the business formally closed the office at noon in observance of the memorial service that was held at North Central University’s Frank J. Lindquist Sanctuary, less than a half-mile from U.S. Bank Stadium.

“I think it was something that we collectively as a group understood, especially having the dynamic of our locker room, that we wanted to show up,” Mattison said. “We’re a team that people in this community look up to and look at in Minnesota, especially in Minneapolis.

“That was definitely one powerful atmosphere. It was like no other that I’ve felt in my life, the power that I felt in that room,” Mattison said. “His family was able to give their testimony for how great of a man he was, and it’s sad to see how a life was taken.

“Al Sharpton really hit home with me about how our time is now,” Mattison added. “The time is now for change. We’re going to continue to talk about it and figure out ways to make that change as a team and people of this community.”

Floyd died May 25. The 46-year-old lost consciousness after an incident in which video taken by bystanders showed a Minneapolis Police Department officer kneeling on Floyd’s neck for more than eight minutes.

Floyd’s death resulted in tremendous pain and has led to more than a week of protests in the Twin Cities and beyond with people seeking positive changes.