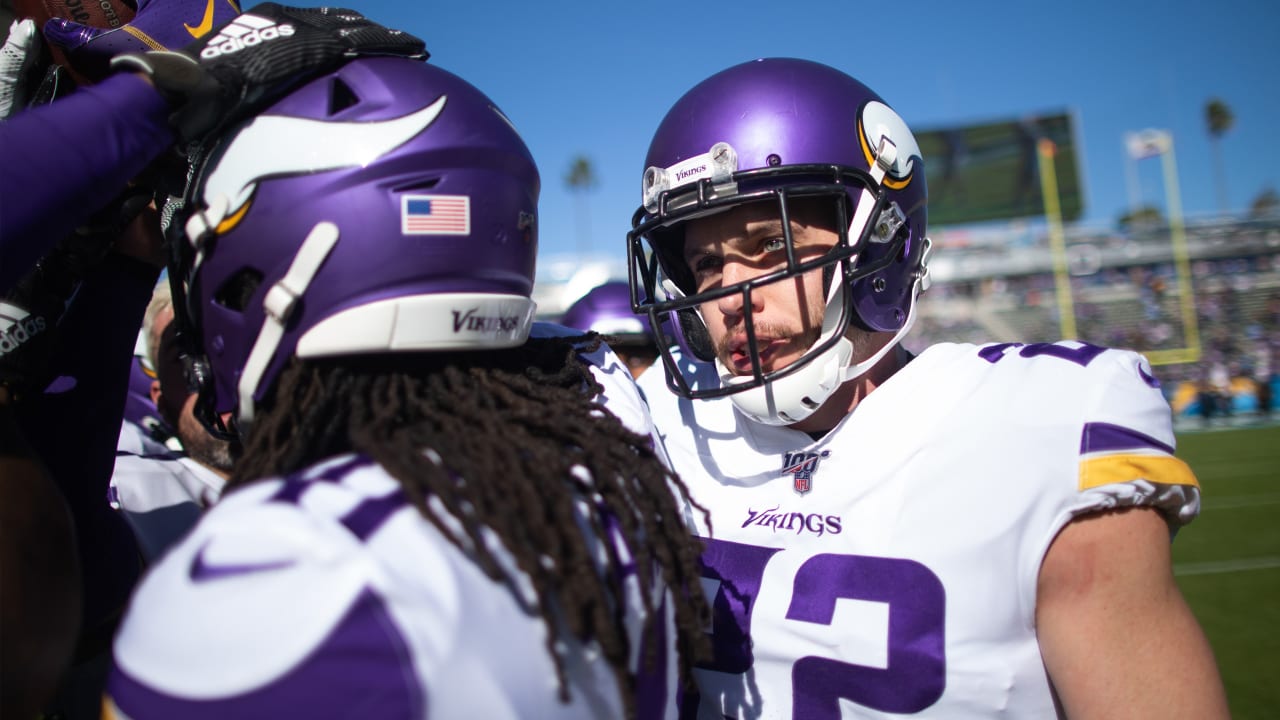 The Vikings have been eliminated from the playoffs, as Minnesota’s attention has now shifted toward what could be an offseason of change.

The Vikings will soon evaluate their roster and begin prepping for free agency, which begins at 3 p.m. (CT) on March 18.

ESPN writer Kevin Seifert recently looked at each roster around the NFL and compiled a list of his top 50 potential free agents, with a pair of Vikings making the list.

Seifert had Harris as the No. 31 player on his list. He wrote:

After three seasons as a backup/special-teams player, Harris emerged as a force in pass defense. He tied for the league lead in 2019 with six interceptions, and his nine picks since the start of the 2018 season are tied for the third-most. The Vikings are tight against the salary cap but could make room to re-sign him.

Harris joined the Vikings as an undrafted free agent out of Virginia in the spring of 2015. He has made 31 starts in 65 career games with Minnesota.

Cornerback Trae Waynes came in at No. 39 on Seifert’s list, as he also has a contract that is set to expire on March 18.

Waynes didn’t become a full-time starter until his third season with the Vikings, and after playing out his fifth-year option, he would be older than most first-time free agents. The Vikings plans are not yet known, but 2016 second-round pick Mackensie Alexander and 2018 first-rounder Mike Hughes are both possible replacements.

Waynes was a first-round pick in 2015 out of Michigan State who has tallied seven total interceptions in 53 starts for the Vikings. A full-time starter for the past three seasons, Waynes was also one of Minnesota’s top run defenders on the outside.

Although the Vikings have multiple defensive backs with contracts set to expire, ESPN Vikings beat writer Courtney Cronin believes that the toughest decision will be whether or not to re-sign Alexander, who is among the group of potential free agents.

The Vikings biggest free agents in 2020 are in the secondary between Alexander and fellow corner Trae Waynes, but the fourth-year nickel corner is arguably more significant in this context given how well he played this season and what happened down the stretch. Alexander was injured in a meaningless Week 17 loss to the Bears — he was already on the injury report the week leading up to the game — and had surgery to repair a tear to his lateral meniscus.

It’s possible that he will want to test the waters of free agency and see where his market value falls instead of accepting an offer outright to remain with the team that drafted him. It seems unlikely that Minnesota will be able to re-sign both of their pending free-agent corners, and the chance Alexander could have to move away from the slot and play outside on another team makes it possible that the two part ways.

Alexander was a 2016 second-round pick out of Clemson. He has two career interceptions in 55 games.

Other potential Vikings free agents in the secondary include Jayron Kearse and Andrew Sendejo.

Kyle Rudolph’s impact on the Twin Cities continues to grow.

The trio is among 32 team finalists for the 2019 Walter Payton NFL Man of the Year Award, which will be announced at the NFL Honors awards show, which is scheduled to air on FOX at 7 p.m. (CT) on Feb. 1.