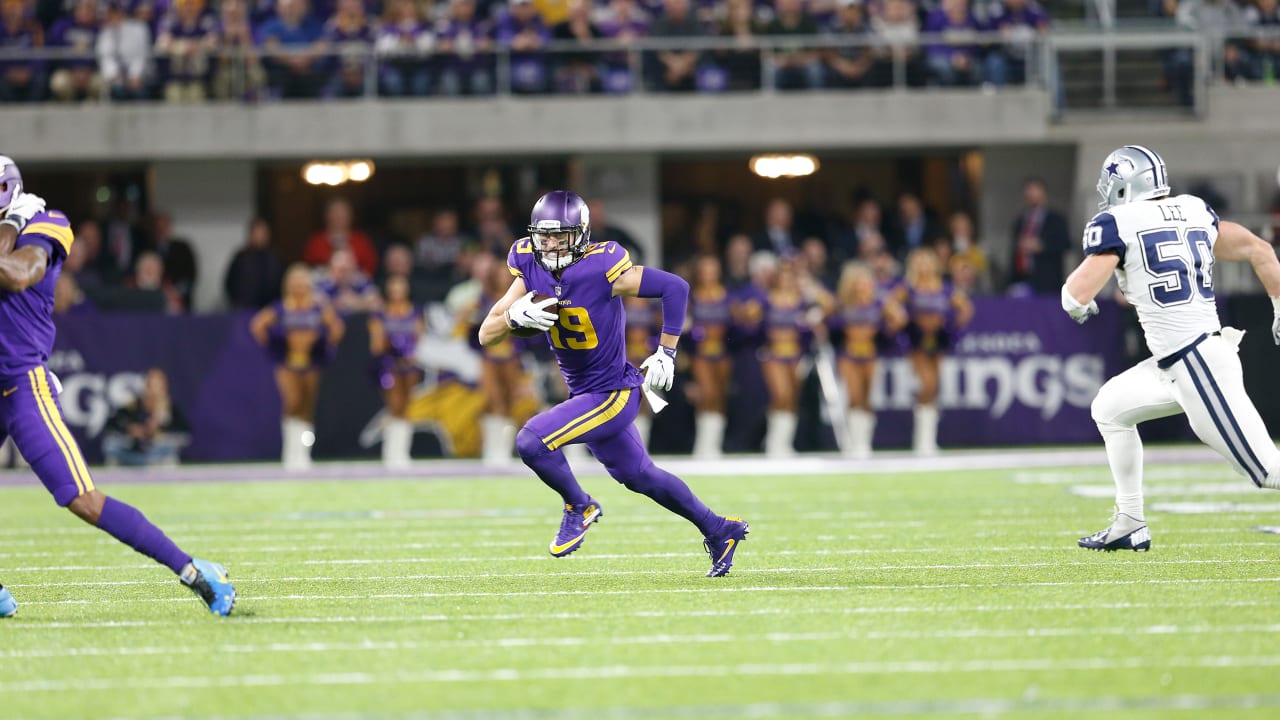 The Vikings allowed just 149 yards to the Bears and now rank 24th in the league with 383.6 yards allowed per game.

Chicago has allowed 381.6 yards per game, which ranks 23rd this season.

Aldon Smith has a team-high 5.0 sacks, and Trevon Diggs has a pair of interceptions. Diggs suffered a broken foot in Week 9 and will miss significant time.

Minnesota has 11 takeaways in 2020. Dallas has seven, which is the second-fewest among all teams.

Special Teams: Minnesota had an up-and-down performance in this phase Monday night.

The Vikings allowed a 104-yard kickoff return for a score, had a bad snap that led to a failed extra point try and had struggles covering punts.

But Minnesota also recovered a muffed punt, which led to a critical third-quarter field goal.

Dan Bailey made his lone extra point try and also hit a pair of field goals. Bailey is now 8-for-10 on field goals and has made 20 of 21 extra points in 2020.

Britton Colquitt averaged 41.6 yards per punt on five kicks, but he had a net average of just 24.8 yards as the Vikings gave up 44 yards on a pair of punt returns by Anthony Miller.

Returner K.J. Osborn didn’t record a kickoff return and had no gain on his lone punt return. Minnesota ranks last in the NFL with an average of just 1.7 yards per punt return.

Punter Chris Jones suffered an injury in Week 8 and is on Injured Reserve. Dallas signed James Niswander, who had a pair of punts for 79 yards in Week 9.