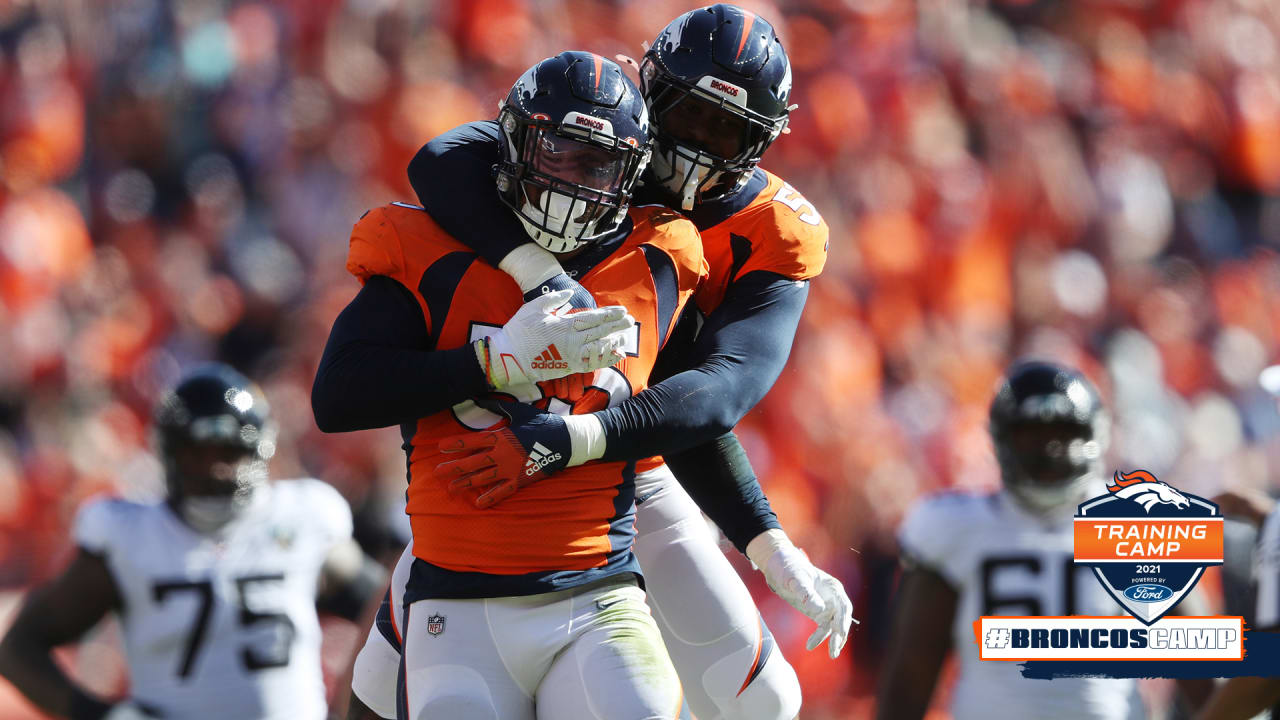 As the 2021 offseason winds down and training camp approaches, we’re turning our attention toward the season. Over the next few days, we’ll take a look at each of the position groups on the Broncos’ roster before finishing our training camp preview series with a look at some of the top questions facing the team. In our look at each position, we’ll fill you in on what we know about the group and what we hope to find out during training camp. We’ll also identify a player to keep an eye on when practices and the preseason get underway shortly.We continue the series with a look at the Broncos’ outside linebackers.

Two of the Broncos’ best defensive players are back.

Von Miller is set to return from an ankle injury that cost him his 2020 season before it began, and Bradley Chubb is expected to resume practicing after missing the offseason program with an ankle injury of his own. Miller and Chubb, the 2011 second-overall pick and 2018 fifth-overall pick, respectively, should pace a group that could be among the league’s best.

Miller is a three-time first-team All-Pro, while Chubb earned his first Pro Bowl appearance last season after he returned from an ACL injury with 7.5 sacks in 14 games.

Both Miller and Chubb should be aided by a much-improved secondary, and it wouldn’t be a shock to see either player challenge for the league lead in sacks.

Malik Reed also returns to Denver after leading the team in sacks in 2020. He should provide solid depth behind Miller and Chubb and will look to build on his breakout second season. Behind Reed, the Broncos will see several players compete for a roster spot.

As camp begins, this position group will be one of the most intriguing to monitor. It could have the best top-end talent of any position on the roster, though both Miller and Chubb must prove they’re set to return from injury. Behind that duo and Reed, the makeup of the group is far less certain.

Who will step up behind Miller and Chubb?

Reed has carved out role as the team’s third outside linebacker, but that’s where the certainty ends. The Broncos will need to find at least one more outside linebacker to serve as a situational pass-rusher and special teams contributor, and there are several options. Former seventh-round pick Derrek Tuszka will aim to carve out a role, while 2021 seventh-round pick Jonathon Cooper will also try to earn a roster spot. Undrafted free agent Andre Mintze could also find himself in the equation at the position.

“Well, we’ve got Malik, and it’s definitely wide open after that,” Head Coach Vic Fangio said at the end of the offseason. “We need to find another two guys that we feel comfortable with, both from a special teams standpoint and from a playing defense standpoint to go in and spell those guys. It’s wide open and we’re looking.”

It also bears watching how Chubb returns from an ankle injury that kept him out of the final two games of the season and required an offseason procedure. Fangio said in June that he believed Chubb would avoid the Physically Unable to Perform list but may need to be eased back into action from a conditioning standpoint.