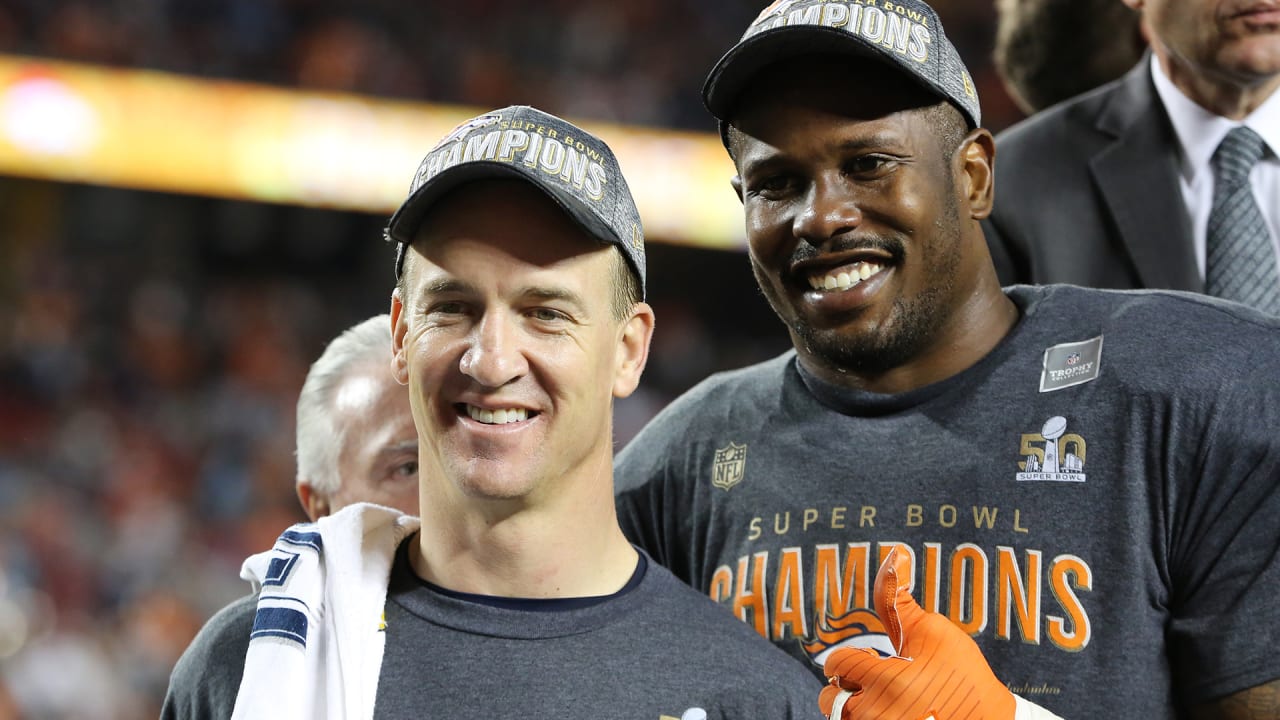 ENGLEWOOD, Colo. — As Peyton Manning enjoys the fruits of a stellar NFL career, one of the Broncos’ other all-time greats remains in the thick of his own journey.

It would be easy to excuse Von Miller if he gave serious thought to what lies ahead. With three first-team All-Pro selections, eight Pro Bowl nods and a Super Bowl MVP trophy to his name, Miller is undoubtedly headed for the Broncos’ Ring of Fame and is likely on path for a spot in the Pro Football Hall of Fame.

Yet when asked on the day of Manning’s Ring of Fame election about how much he considers his own legacy, Miller turned his attention to the career highlights he has yet to create.

As he returns from an ankle injury that cost him his 2020 season, Miller will aim to add to his 106 career sacks and reach the postseason for the first time since his career-defining Super Bowl 50 run. Miller, though, doesn’t want to solely be known for the heights he reached early in his career.

“There’s so much to be done right now,” Miller said. “There’s so much to be done with our team, so many games to win, before I can really start thinking about the Ring of Fame. I don’t want those years with Peyton to be the highlight of my career. I think we’ve got some special stuff brewing, I think we’ve got some special games coming. Me personally, I think I’ve got more to prove and more to give to Broncos Country. I think about it. I can’t lie and say I don’t think about going into the Ring of Fame and Hall of Fame and all that stuff, but I’ve still got a lot more to do here, and that’s where my mind is.”

Miller did note that he likely wouldn’t be in the position he is now without Manning’s direction. Manning arrived as Miller was entering his second season in the NFL, and he was there for both Miller’s tumultuous 2013 season and his rebounding efforts in 2014 and 2015.

From the moment Manning stepped on the practice field in 2012, it was clear to Miller that the Broncos could find great success.

“It’s Peyton Manning,” Miller said, reflecting on Manning’s arrival. “We already kind of knew his reputation around the league, but when he got here, the first time I saw him drop back and throw a pass in OTAs, it was like, ‘Yeah, he’s got it.’ He just kind of created this sense of urgency for everybody, not just the offense or the defense. … The coaches started coaching different. The janitors, the cooks, they all had this sort of spark to everybody. It was the Peyton Manning effect. We all knew we had a chance to go win it, and we went the Super Bowl twice, won one.”

Manning deservedly earned a place Wednesday in the Broncos’ Ring of Fame for his four seasons in Denver. Someday, Miller will join the quarterback in the Broncos’ elite group of players — and possibly find a place among pro football’s elite in the Hall of Fame.

For now, though, that can wait.