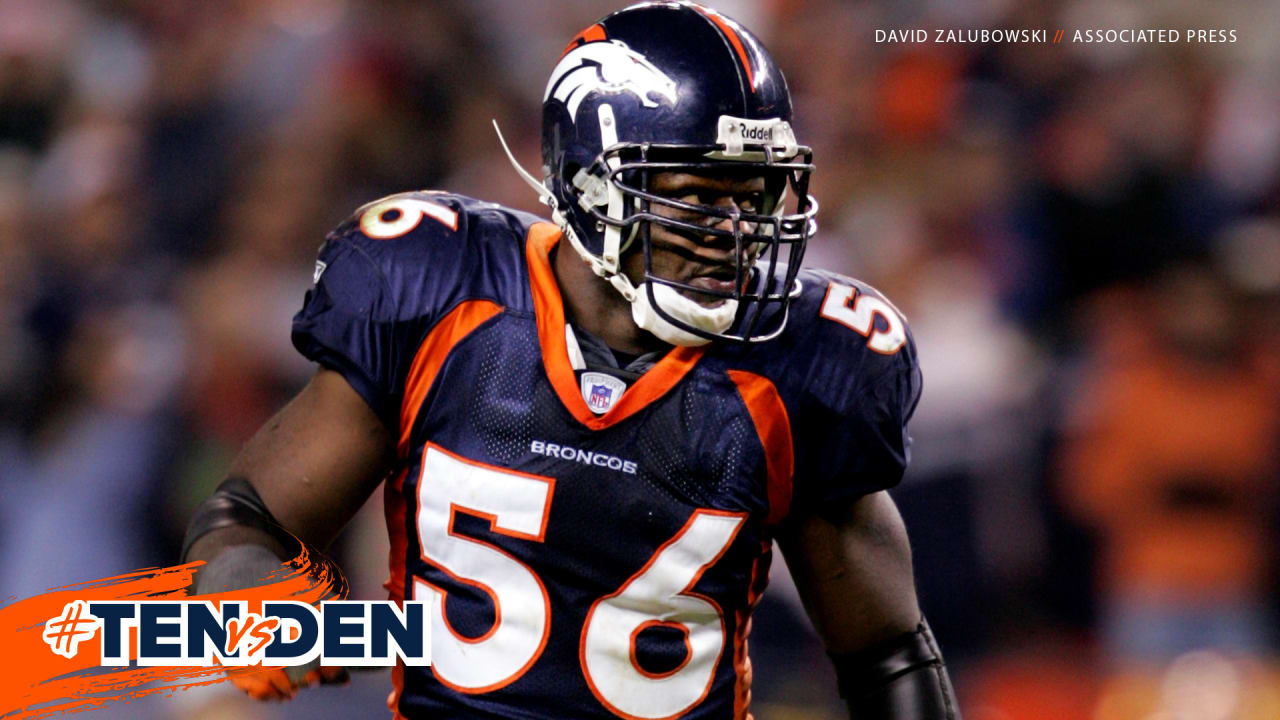 The Denver Broncos have long standing connections with the state of Tennessee, but not all of them directly involve the Tennessee Titans.

The Titans began in the American Football League with the Broncos in 1960, but they then were the Houston Oilers.

The franchise played in Houston through 1996, as the transfer of the Oilers from Houston to Nashville for the 1997 season was approved by a vote of the National Football League clubs at a meeting in Atlanta on April 30, 1996.

The original owner of what is now the Tennessee franchise was Houston oilman Bud Adams, and way back when, before the AFL had ever played a game, some owners grumbled that the Denver franchise was under-financed and perhaps should be dropped from league plans.

But Adams was a vociferous defender of what would become the Broncos and then owner Bob Howsam, ending debate with the sentence, “Denver stays in the league.”

Adams had a lot of money, and both his voice and wealth carried a lot of weight, so the AFL moved on with the Mile High City (or Cowtown, at that time).

This week’s game is just the seventh regular-season meeting between the Broncos and the Titans since their move, but our history with the state is far deeper and richer than that.

Still on the Titans roster is linebacker Wesley Woodyard, who was a fine Broncos player from 2008-13 before moving on to Tennessee.

Woodyard attended the University of Kentucky, so he is both close to home and back in familiar territory, as he played college football in the powerful Southeastern Athletic Conference.

Two of the great players in Broncos history played in the SEC at Tennessee before making their marks in Denver.

Al Wilson was drafted by the Denver Broncos in the first round of the 1999 NFL Draft and played his entire eight-year pro career with the Broncos.

He was a five-time Pro Bowl selection and a two-time All-Pro for the Broncos following his brilliant career at the University of Tennessee, where he was a consensus All-American in 1998, as well as a first-team All-SEC choice in both 1997 and 1998.

Wilson was one of the hardest hitting linebackers in Denver history and had 714 tackles, 21.5 quarterback sacks, five interceptions and eight forced fumbles as a Bronco.

He had over 100 tackles in five straight seasons, was known as one of the fastest middle linebackers in the NFL and was very good in pass coverage as well.

But Wilson was not the only player to change his orange tones of Tennessee for Broncos orange.

Certainly the most notable Volunteer ever to become a Bronco is Peyton Manning.

Rocky Top never produced a more prolific quarterback than Peyton Manning, who signed with Denver as a free agent in 2012 and played his last four seasons in the Mile High City, leading the Broncos to a world championship in Super Bowl 50 and taking the team to the Super Bowl XLVIII as well.

Without a doubt one of the greatest quarterbacks in NFL history, Manning’s Denver statistics alone are Hall of Fame worthy.

Manning was the Bert Bell Award winner, Offensive Player of the Year and Sports Illustrated Sportsman of the Year following that illustrious 2013 season.

Peyton was named the NFL Comeback Player of the Year in 2012, when many felt he also should have been the NFL MVP.

While he wore No. 18 for the Broncos — bringing that number out of retirement with the proud blessing of late Ring of Famer Frank Tripucka — Manning wore No. 16 as a Volunteer, with that number now retired by the University of Tennessee.

As a prelude to his marvelous pro and Bronco career, Peyton won the Maxwell Award and was a Consensus All-American in 1997 as a Tennessee Volunteer.

So from original Titans owner Bud Adams to Al Wilson and Peyton Manning, and continuing with Wesley Woodyard today, Denver has an enduring and varied history with both the Titans and the state of Tennessee.