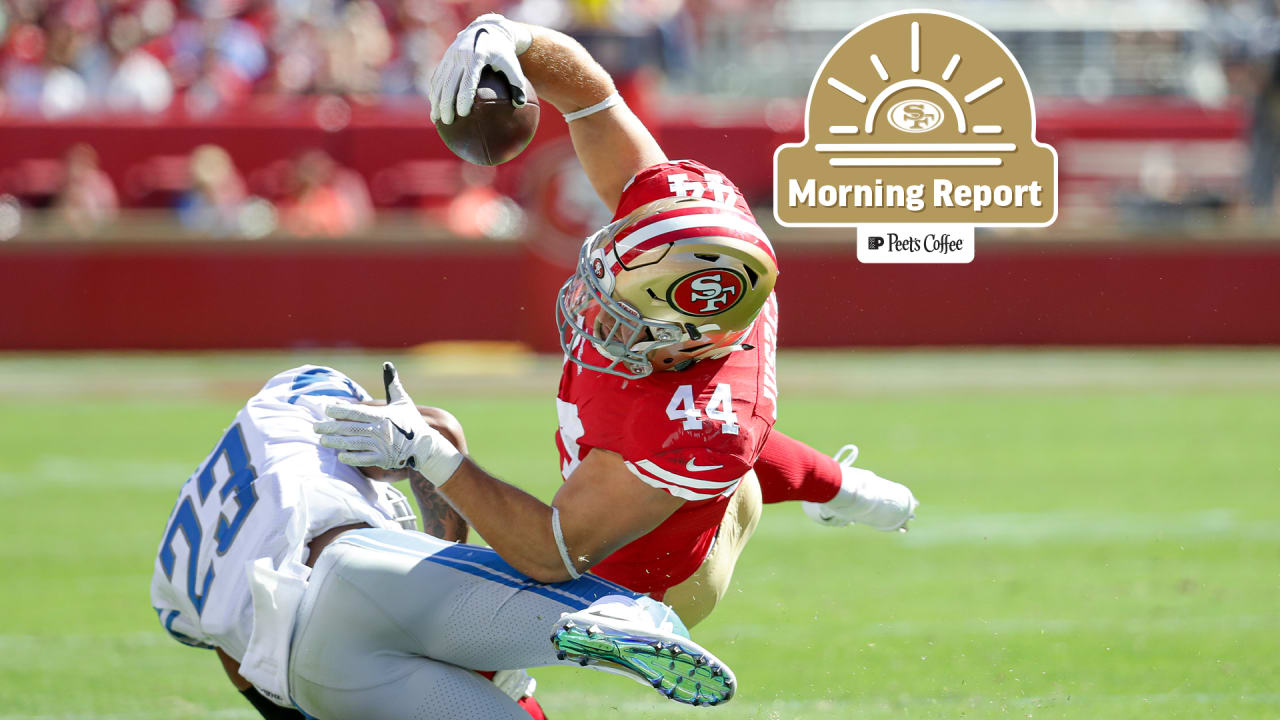 The entire San Francisco 49ers 2021 schedule is set to release this evening at 5 p.m. PT on NFL Network, but fans got a sneak peek at all Week 1 matchups early Wednesday morning.

FOX broke its Week 1 NFL slate on Fox News’ “FOX & Friends,” local FOX stations and FS1, including San Francisco’s season opener. The 49ers are set to travel to Detroit to take on the Lions on Sunday, Sept. 12 at 10 a.m. PT.

Week 1 marks the 49ers and Lions first meeting since Week 2 of the 2018 season – a 30-27 victory at Levi’s® Stadium. Quarterback Jimmy Garoppolo completed 18-of-26 passes for 206 yards and two touchdowns, while former 49ers running back Matt Breida made his first-career start and ended the day with a career-high 138 rushing yards (which led the NFL in Week 2) and a touchdown. Read More >>>