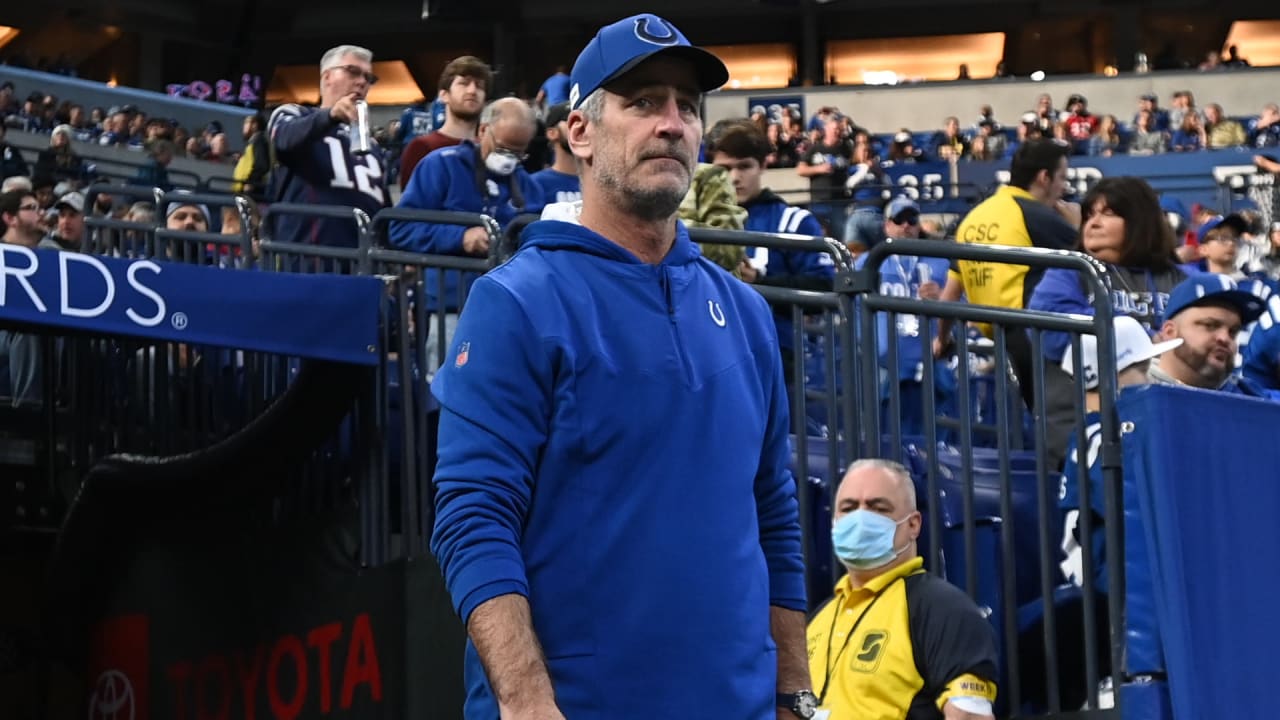 With 24 hours to reflect on his team’s Week 18 loss to the Jacksonville Jaguars, head coach Frank Reich on Monday offered his perspective on the way the Colts’ season ended.

“When you start thinking about how this was all going to end, certainly no one including myself really ever thought it would end like it did the last two weeks,” Reich said. “That’s something that can’t be undone. It’s part of our record. It’s part of my record. Not a shining moment, but the analogy and thought that came to my mind this morning was, it’s a scar.

The sting of the Colts’ 26-11 loss to the Jaguars – their second consecutive loss in a win-and-in game – will linger in the coming days, weeks and months. This is a team that believed it was a legitimate contender in the AFC, a belief bolstered by second-half wins over the Buffalo Bills, New England Patriots and Arizona Cardinals – three playoff teams. Behind Jonathan Taylor, a ballhawking defense and playmaking special teams unit, the Colts proved on a weekly basis in November and December why they were viewed as one of the league’s most dangerous outfits.

And then it all came crashing down.

“After Christmas, after beating Arizona, and you tell me we lose our next two games and miss the playoffs, I would have laughed,” running back Nyheim Hines said. “That’s the reality of it. We all have a part in that – coaches, players, everybody in the building. We really just have to regroup and figure it out. It’s on all of our legacies and all of our records.

“All of us now in this building, we’re going to figure out how we bounce back from this. I know me personally, I’m going to be excited to go work out. It starts now because yesterday it was just tough. It was disappointing.”

That was the message from Reich and players on Monday – “The 2022 season starts today,” Reich said. There was accountability, introspection and reflection for why things ended the way they did, but also hope for what may lie ahead for a team that has plenty of confidence in the nucleus of players, coaches and personnel it has in place.

“When you think about those top-tier teams, we were in that discussion for much of the year,” Reich said. “So for us to take that final step to get up in there at the very top where we want to be, I think everybody understands that’s not a far stretch. We’ve got the guys to do it. We’ll get better this year.”

For Reich and his coaching staff, that process begins by identifying why the Colts’ season met a sudden end after looking so promising just a couple of weeks ago. And for players, that process will start by using the sting of Sunday’s defeat as motivation and fuel in the coming weeks and months.

“We have a lot of time to think about it,” Hines said. “Everybody goes about grieving or sulking or doing whatever they’re going to do a certain way. I just know that I have faith that every person in this building will be back here and when it’s time to come back, we’re all going to think about it.

“Even 2019, I never thought about how our season ended in Jacksonville that game we lost in 2019. The same thing with this, we’re all going to think about this forever. Linger may or may not be the word, but there’s no way around it. We’re going to think about this until we play next September, and we have to look that reality in the face and work our behinds off to make sure this never happens again.”