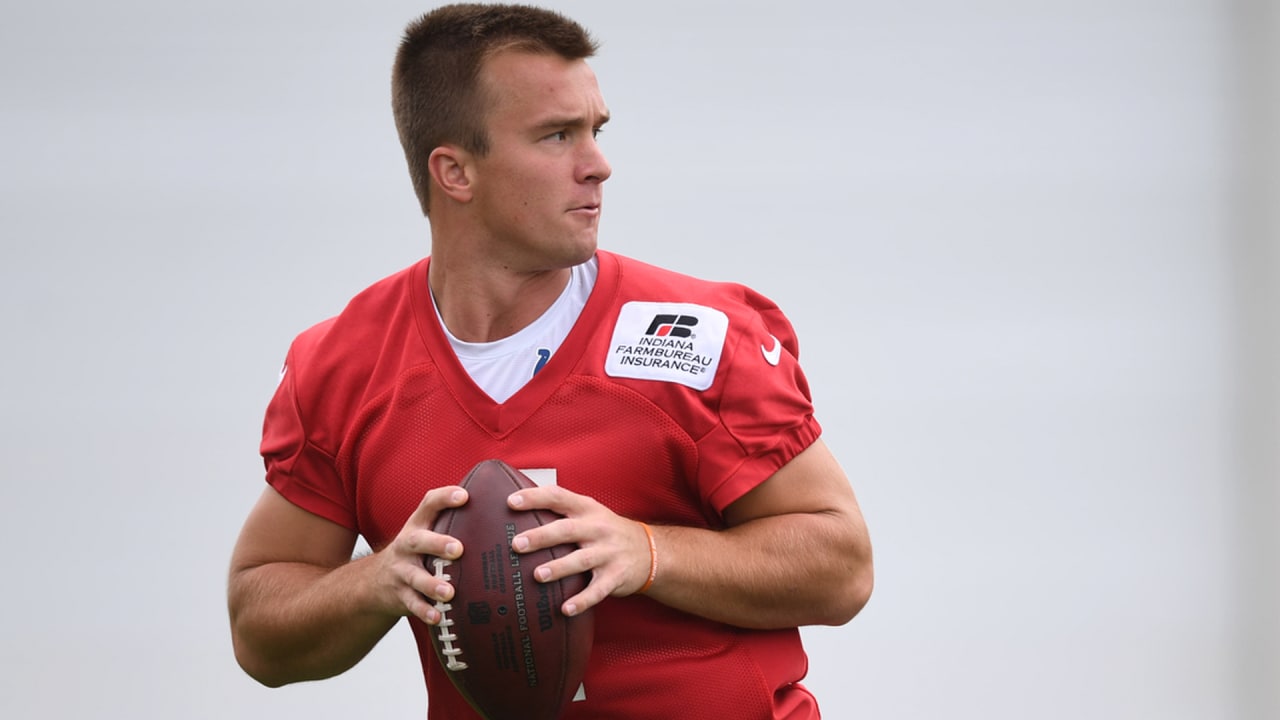 Excerpts are from interviews conducted with local media members and the Colts Official Podcast.

Coach Reich said Sam’s a winner. How much did his leadership come across in this process?

Anthony Coughlan: We got a chance to interview him at the Senior Bowl. And really everything lined up with how the school vouched for him. Really, he was like a blue-collar guy for us. I thought he was a no-brainer Horseshoe fit, even from the Zoom calls over the summer in training camp with their staff, everybody just lights up about the kid, his competitive spirit, work ethic, mental toughness, physical toughness. So he’s just about everything we’re about, especially at that position it’s so important. We’re jacked to get him. Me and Matt (Terpening) talked to him at the Senior Bowl, there were a couple other scouts there and everybody from that conversation was just blown away and really just everything lined up with what the school said, and that’s what put the stamp on it.

Chris Ballard mentioned Sam has the “it” factor. As a scout, how do you recognize something you can’t put your hands on?

Anthony Coughlan: Yeah, that’s hard. I think really just his presence, the way he carries himself and that’s what was so important about being able to see him live. We had limited exposures but I was able to go to the TCU game and really just locked in on him, how he conducts himself in warm-ups, how he leads the team, how he speaks to them, just his body language and then we were able to get another additional look at the Senior Bowl and it just kept lining up what kind of a dude he is.

There’s a lot of people Matt was able to connect me with and also people I worked with formerly on that staff. You just watch him conduct himself on the field, man, talk to his teammates about him and they’re over the moon about him. You can’t find anybody to say a bad word about the kid. As much as you dig, he’s just about everything we’re about and we’re really excited to get him.

Anthony Coughlan: He’s got the “it” factor. To me, it’s the physical, mental toughness, the drive to push when it gets hard just to figure it out, problem solve and find a way to gut it out and win. And he’s done that time after time there. And he’s got a really unique story just with growing up with his family, really tough with his father, and became the man of the house at a young age and he really just carried that throughout his life and continued to conduct himself in a professional manner through high school, through college. Excited to see what he does here.

Do you ever see guys who work hard but don’t have “it?”

Anthony Coughlan: It’s obvious. You’re in his presence, you can feel his presence. He conducts himself like a pro, like a true professional. Really good body language, really good energy. He’s serious, he’s locked in, he’s focused when he’s warming up before a game. That “it” factor is that focus. You can see it. You can feel it just watching him. Only got to see one game this year, obviously, but you just watch him and he conducts himself in a very tough manner.

Matt Terpening: I think the biggest thing with him is his poise and his instincts under pressure. That’s the thing that drew him to us. And he’s just been clutch for them, he’s played a ton of football and he’s not the biggest guy in the world but he knows how to play the position. The biggest thing with him is he can get out of trouble. He’s got great quickness, he can beat the rush and he can get to the edge and he makes big plays.

What stood out to you in your evaluation of Sam?

Matt Terpening: I’ve seen him play twice in his career live and just over the years, the guy’s played a ton of football, he’s played at a high level. And I’ve seen it up close. He’s got energy and juice to him. He can rally his teammates. The thing I like about him is his poise and instincts. He’s always calm under pressure. And then he’s an athlete. He can beat the rush with his feet, he’s got quickness, he can make plays downfield and then he knows how to carry his team and bring his team back from behind. We’re totally excited to get him where we got him. He’s a great kid, he’s got great intangibles, there’s some guys on that Texas staff that I’ve known for 10, 12 years that just rave about him. So to get him where we got him is huge.

How ideal of a situation is it for a young QB to come into an organization like this, to work with Frank Reich, Marcus Brady and Scott Milanovich?