HENDERSON, Nev. — Hunter Renfrow is coming off a 103-catch season for the Las Vegas Raiders. Darren Waller caught a franchise-record 107 passes two years ago. And Davante Adams, acquired in a blockbuster trade with the Green Bay Packers in March, has at least 111 receptions in three of the past four years.

A good problem for Raiders quarterback Derek Carr to have this season? Perhaps. But are there enough balls to go around to keep everyone happy?

Renfrow nodded, before speaking of Waller and Adams.

“Two very, very unselfish guys that … put the team before themselves,” Renfrow said. “That’s got to be a focus for all of us — that team success is far superior to individual success.

“It doesn’t matter if we have 50 catches this season apiece, as long as we’re winning. That’s the ultimate goal. That’s all that matters. And I think if we have that mentality, then it’s pretty easy to go and do.” 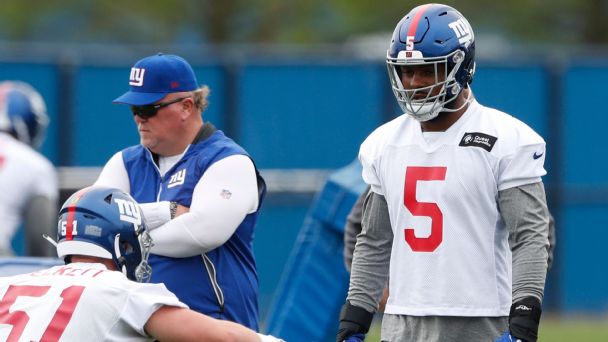 Easy for Renfrow to say, right? After all, he joined Carr and defensive end Maxx Crosby in signing multi-year contract extensions this offseason, while Adams inked a massive deal with Las Vegas (to be fair, Renfrow did make that statement before being extended).

Conspicuous by his absence from the list, though, is Waller, a top-3 tight end in the league who is paid far below market value and, yes, is also hoping for an extension. It’s just … he’s not about to make a scene yet, or a stink about it.

“I just focus on enjoying while I’m here, whether I’m here 10 years or who knows how long,” Waller said. “My agent’s job is to do that stuff and I just focus on the football part. Because if you don’t focus on football and your mind’s elsewhere …”

And therein lies the rub.

Because Waller, who turns 30 two days after the Raiders open the season at the Los Angeles Chargers, could potentially see his production dip with the ascent of Renfrow in the slot and the addition of Adams on the outside. And if it does, that could have a negative effect on negotiations, should an extension not be completed before the season.

More salt? The Cleveland Browns recently gave unproven David Njoku a four-year deal worth up to $56.75 million, and the San Francisco 49ers‘ George Kittle, who has a tight end-high AAV of $15 million, has exceeded 85 receptions once in five seasons.

Maybe that’s why, when asked about Adams joining him, Renfrow and Carr in coach Josh McDaniels’ offense, Waller was pragmatic.

“The first year, it may not have clicked like the way they wanted it to because it takes chemistry,” Waller said, referencing the Heat falling to the Dallas Mavericks in the 2011 NBA Finals. “It works great on ‘Madden’ and ‘2K,’ but guys got to accept roles and, ‘OK, this is the situation I do best in,’ and then just bring a certain level of unselfishness to the table. And know that everything we do is about the time.”

Side note: Waller has been represented since last September by James’ agency, Klutch Sports Group.

“As guys, we’ve accomplished individual things on our own,” Waller said, “and now it’s, you know, maybe sacrifice that a little bit to help the collective achieve what they want to achieve.”

All of which sounds good to McDaniels.

“Darren, he’s done everything we’ve asked him to do, and more,” McDaniels said. “He’s obviously a good player. We love having him here. It’s really a pleasure to coach the guy. He comes with a great attitude and mindset every day. Works really hard. Here early, stays late, does extra, takes care of his body. Does a lot of the things that you would want any player to do, and obviously he’s been productive with his opportunity. So, love having him here and looking forward to coaching him.”

Plus, he’s had Waller watching tape of former New England Patriots tight end Rob Gronkowski to show Waller what should be in store for him in McDaniels’ scheme.

As Waller, who endured trade rumors this spring, put it, the tape should be called Gronk Running Wild.

“Up the seams, over routes, short passes and blowing through people, fade passes on the outside,” Waller said. “He’s lining up everywhere and doing everything, really.

“It’s exciting to see a lot of ways I’ll be used. It’s a challenging system, but I love a good challenge. I think it’s bringing the best out of us.”

But will it force the Raiders to bring out the check book, again?

Better, worse or the same? Looking at the Las…