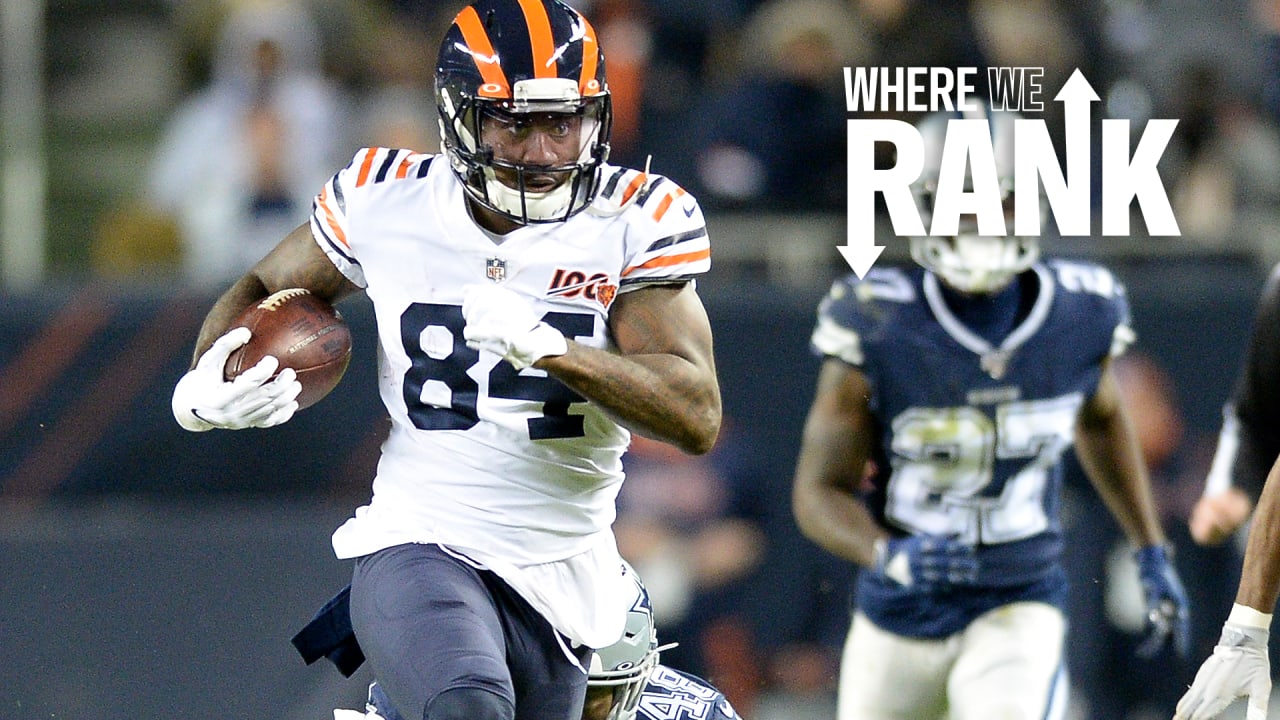 • Receiver Allen Robinson II ranks 10th in the league with 76 catches. He is tied for eighth in receiving touchdowns with 7.
• Running back Tarik Cohen stretched his streak of catching at least one pass to 45 games, the second-longest active streak by a running back, trailing only Carolina’s Christian McCaffrey, whose streak stands at 46.
• As a punt returner, Cohen ranks third in the NFL in return average at 9.1 yards.
• Running back David Montgomery ranks second among NFL rookies in rushing yards and touchdowns with 680 and five, respectively. Montgomery has also recorded 23 catches for 173 yards.
• Wide Receiver Cordarrelle Patterson is averaging 30.2 yards per kick return, second best in the NFL. Patterson’s 102-yard return against the New Orleans Saints in Week 7 remains the longest kick return leaguewide this season.