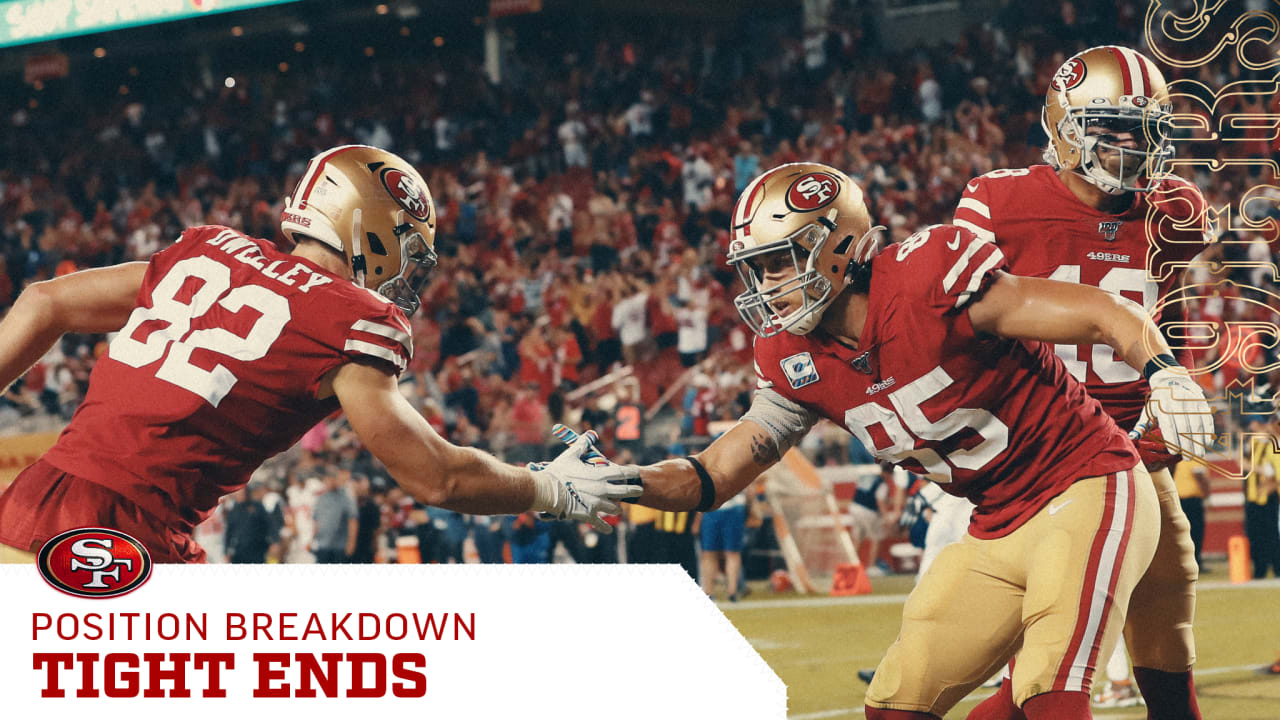 Every day leading up to the start of training camp set for July 28, 49ers.com will assess each position group on the roster as we get closer to the season. In this installment, we will address the tight end position and how the 49ers may look to take some of the pressure off of their All-Pro, Pro Bowl talent.

Pro Football Focus recently ranked all 32 tight end units with the 49ers group, headlined by George Kittle, landing at the No. 1 spot. San Francisco looked to add relief to Kittle’s load this offseason with sixth-round pick Charlie Woerner. Despite the departure of two veteran tight ends last year, the 49ers saw the maturation of Ross Dwelley in Year 2, who looks to maintain his TE2 role. With the goal to take some of the pressure off of Kittle, will someone step up to unseat Dwelley as the 49ers primary backup? In an offense that deploys multiple tight-end sets, could a different TE see more time on the field this season?

The 49ers entered the 2019 season with four tight ends on the roster: Kittle, Dwelley, Levine Toilolo and Kaden Smith. After running back Tevin Coleman suffered a high-ankle sprain in the season opener, the 49ers promoted Jeff Wilson Jr. to the active roster, and in a corresponding move, waived Smith who was claimed by the New York Giants.

Garrett Celek rejoined the team in Week 11 after starting the year on the Physically Unable to Perform list (PUP) after undergoing back surgery earlier in the offseason. He spent three weeks on the active roster before being placed on season-ending Injured Reserve. Helm, who spent the season on the practice squad, subsequently was promoted to the active roster.

At the close of the 2019 season, Celek announced his retirement from the NFL and Toilolo signed with the Giants in free agency.