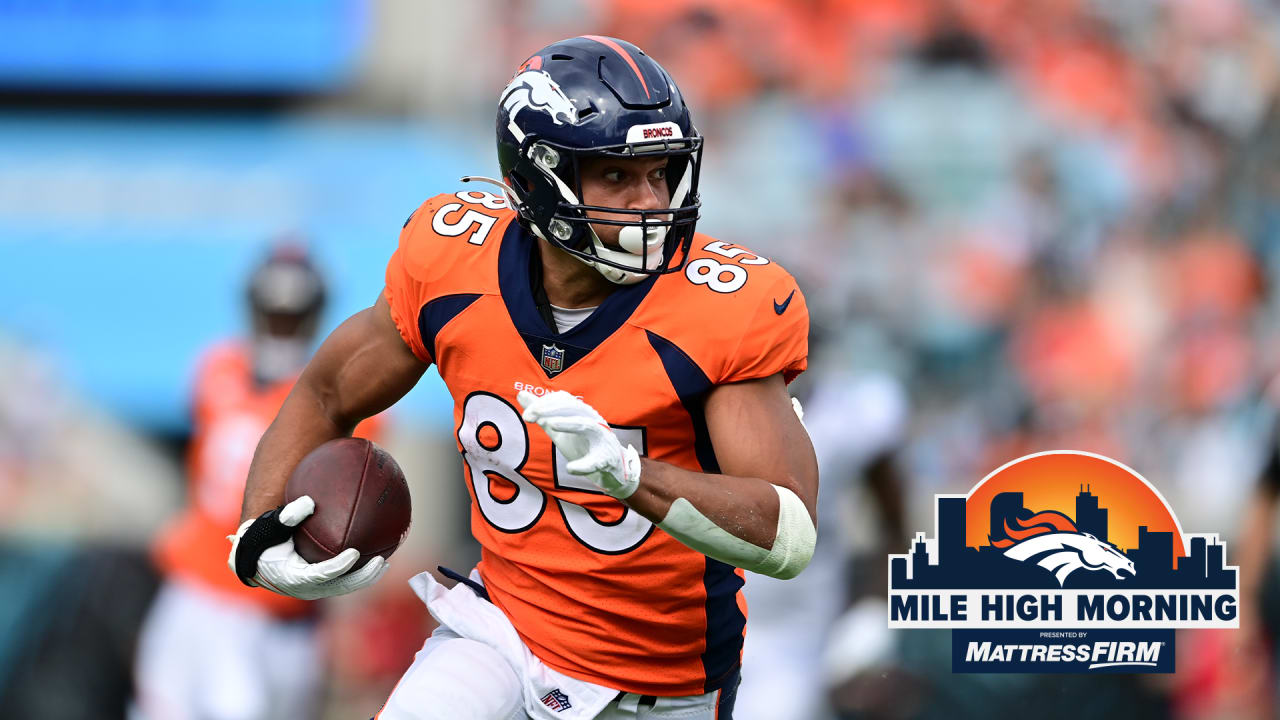 As the Broncos’ 2022 roster comes together, which young players could be the team’s next breakout players?

That’s the question The Athletic’s Nick Kosmider tries to answer in his newest article, and it starts, naturally, with Albert Okwuegbunam, who is poised to be the Broncos’ top tight end after they traded Noah Fant to Seattle in the Russell Wilson trade.

Okwuegbunam has flashed his potential in his first two seasons with 451 yards on 55 receptions, and in a larger role, he has the combination of size and speed to excel — though his availability will be key after injuries sidelined him for key stretches in 2020 and 2021.

“Dig deeper into Okwuegbunam’s first full NFL season — he was limited to four games as a rookie in 2020 due to injury — and you’ll find some encouraging indicators about his potential in a larger role,” Kosmider wrote. “In 2021, Okwuegbunam ranked sixth in the NFL among tight ends in yards per route run (1.94), according to TruMedia, sandwiched between rookie standout Kyle Pitts, the fourth pick in the ’21 draft, and All-Pro Travis Kelce. His catch percentage of 82.5 percent ranked second in the league behind Miami’s Durham Smythe (82.9).”

Kosmider’s other four selections for potential breakout players also include guard Quinn Meinerz, who is preparing for his second NFL season after an encouraging start to his career.

As the Broncos get ready to install a new offensive system under Nathaniel Hackett, the new head coach said that he expects Meinerz to excel in that adjustment.