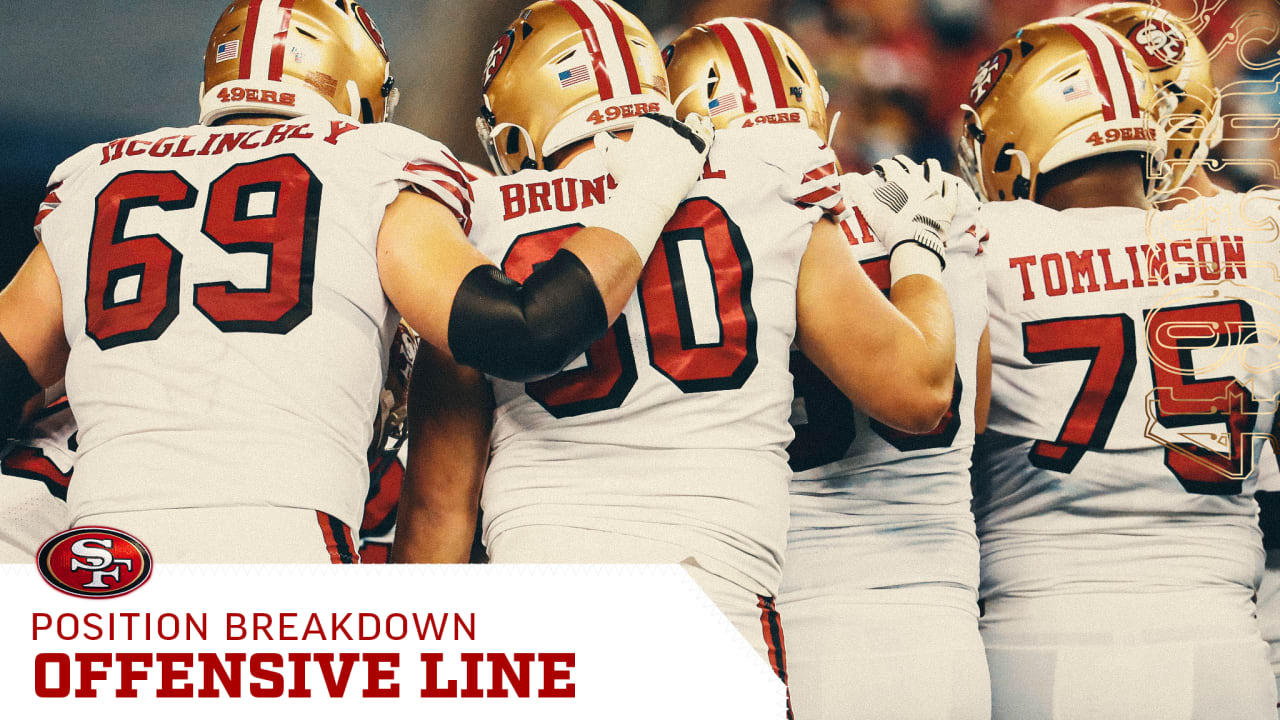 Every day leading up to the start of training camp set for July 28, 49ers.com will assess each position group on the roster as we get closer to the season. In this installment, we will address the 49ers new-look offensive line and the looming competition at right guard.

San Francisco’s offensive line will look much different than it did a season ago, most notably, the recent retirement of long-time left tackle Joe Staley. Despite the changes, the 49ers O-line remains highly regarded. Pro Football Focus recently ranked all 32 offensive line units, with the 49ers landing at the No. 8 spot. The 49ers anticipate picking up where they left off with the addition of Pro Bowl left tackle Trent Williams.

The rest of the offensive line appears set with a great deal of depth heading into training camp – outside of the right guard position. Following the exit of Mike Person this offseason, one of the biggest battles heading into the summer will be who fills the lone, yet vital vacancy? In addition to the looming competition, will center Weston Richburg be ready by Week 1? Will Williams’ year away from football hurt or help him in 2020?

The offensive line led the way for an eighth-ranked 4.6 yards per carry, 64 explosive run plays of 10-plus yards (second) and a league-high 28 rushing touchdowns. They finished the season with a third-ranked 868 rushing yards before contact while producing the league’s fourth-best average of 1.7 yards before contact per rush attempt, according to PFF.

Carson Wentz Era Over as Eagles Move QB to…