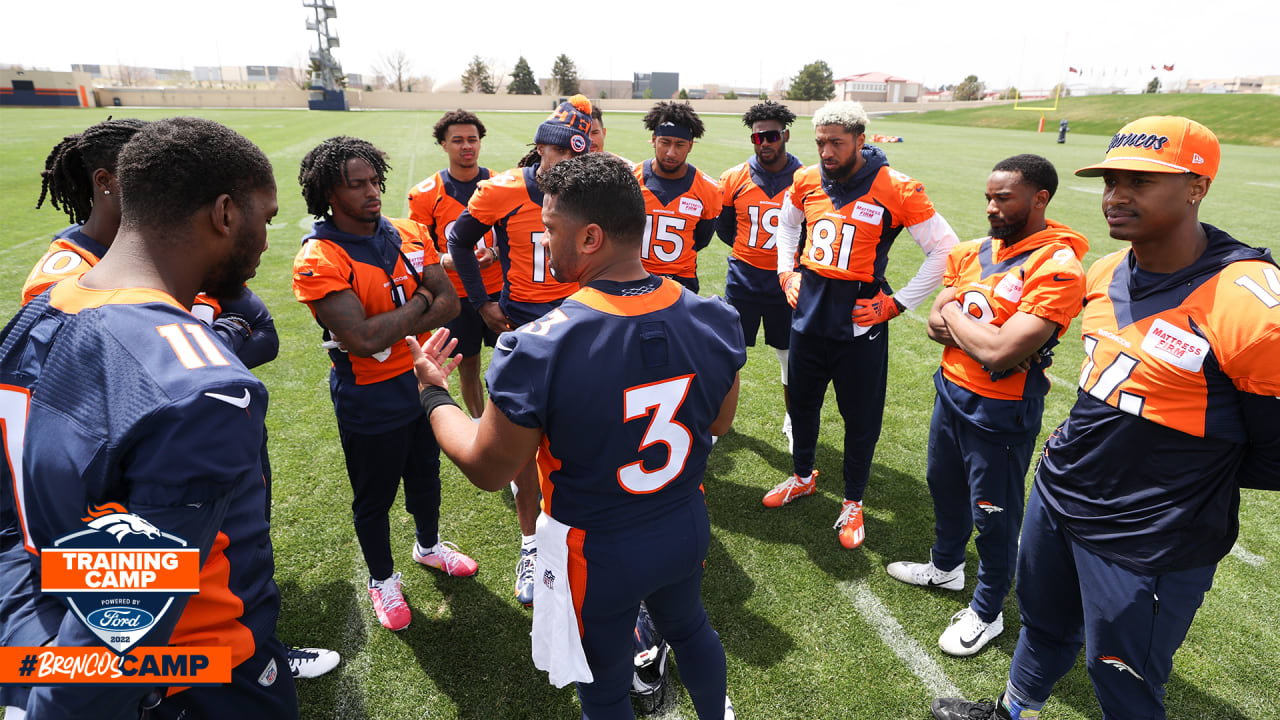 After one of the most exhilarating offseasons in Broncos history, the 2022 season is close at hand.

In just a few weeks, the Broncos will gather for training camp and begin to prepare for the regular season. The task is simple: Return to the playoffs for the first time since a Super Bowl 50 win — and perhaps challenge for another Lombardi Trophy.

As the Broncos embark on that effort, though, they’ll need to answer a series of questions that will help determine whether they can find success in Year 1 of the Russell Wilson era. Leading up to training camp, we’ll take a look at those questions that span across the roster.

Up next, we’ll take a look at who could become Wilson’s top weapon.

In Wilson’s first season in Denver, the team’s new franchise quarterback will have a wealth of options at his disposal. Even after 10 seasons in the NFL, Wilson may not have ever enjoyed the type of talent he’ll be able to work with this season.

The Broncos’ stable of running backs and tight ends contributes to that talented group, but there are plenty of dynamic players just in the wide receivers room. As the Broncos enter training camp, we’ll begin to get a sense of which of the receivers can earn Wilson’s trust and develop into his go-to option.

The top candidates are no secret.

Courtland Sutton was a Pro Bowler in 2019, as the 2018 second-round pick broke the 1,100-yard mark and hauled in six touchdowns despite catching passes from three different quarterbacks that season. Jerry Jeudy has the first-round pedigree after being drafted 15th in 2020, and his route-running ability is matched by few players across the league. Tim Patrick earned a long-term deal last season, and the former undrafted player has more touchdown catches over the last two season than any other Bronco. And even KJ Hamler, who is in the midst of recovering from a torn ACL and hip injury, is an option with his game-breaking speed that can take the top off the defense.

All four players also have something to prove in 2022. Sutton, after tearing his ACL early in the 2020 season, rebounded with 776 yards last season — but he caught three passes or fewer in 11 of his games. Jeudy had a promising rookie season with 856 yards, but that total dropped to 467 yards last year as he missed time with an ankle injury. For the first time since at least midway through his high school career, Jeudy was held without a touchdown. Patrick will continue to fight for the recognition he deserves, and Hamler must show his speed has not been impacted by his injury.