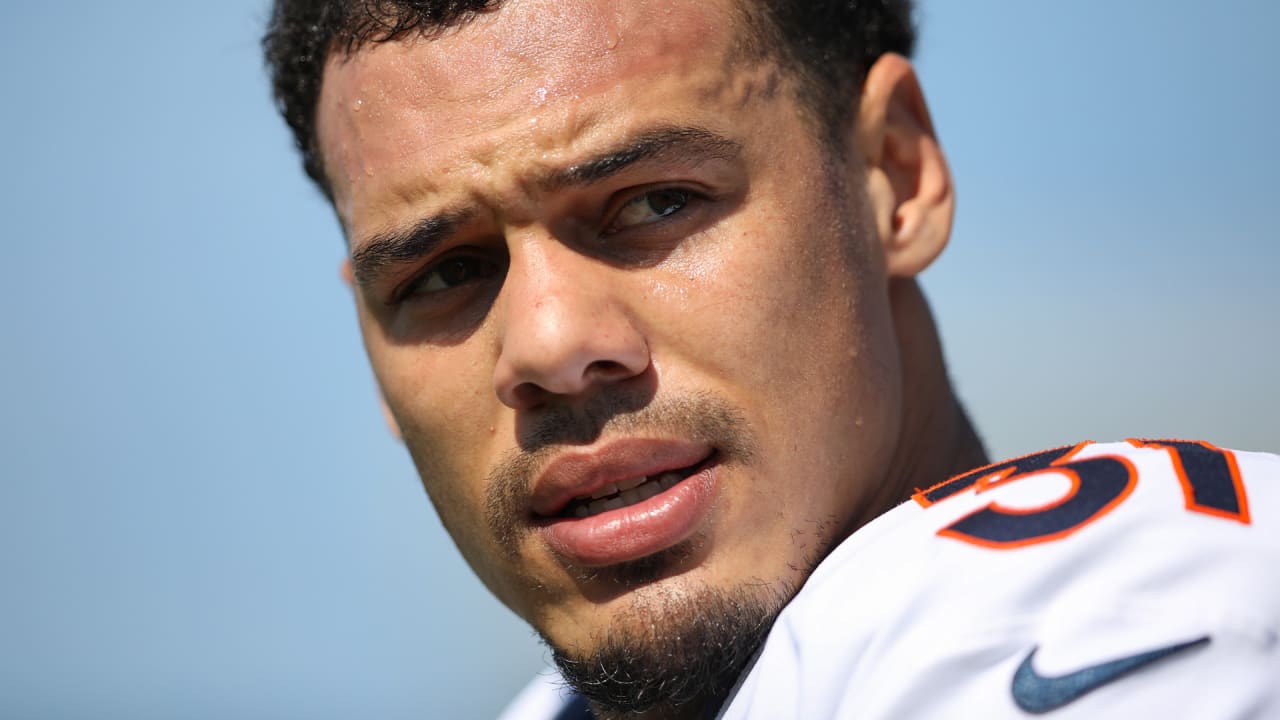 In recent months, since a Minneapolis police officer kneeled on the neck of George Floyd for nearly nine minutes as he died, Simmons’ feed and temporary Instagram Stories have featured posts regarding the need for accountability and racial equality. Simmons’ call for reform was renewed this week as video surfaced of a Kenosha, Wisconsin police officer shooting Jacob Blake, a Black man, several times in the back. Several members of the Broncos took to social media to express their outrage, Simmons among them.

And on Wednesday, Simmons exposed the type of vitriol he has received in response to standing up for the same principles that civil rights advocates have fought for over the course of decades. Simmons posted — on his Instagram Story and then on Twitter — a conversation with an individual who first thanked the Broncos’ safety for visiting his stepfather at a VA hospital. In an ensuing comment, though, the person released a series of hateful sentences that concluded with “your opinion does not matter.”

“I get people watch sports for just that, the enjoyment of the sport, but isn’t that part of the problem in America that people view us just as entertainment to them?” Simmons said Friday. “That’s part of what my post was about. For those that saw it, the fan, when I was wearing the jersey and I visited this fan’s [step]dad in the hospital, I was a great guy. But as soon as I started speaking out on some things that pertained to my life, I’m worthless and I need to shut up and play the game.”

“You don’t get one side without getting the other,” Simmons said. “When we’re outside playing, you’re looking at a guy who has a family, has kids and has values, has all these things that are going on in his life. For someone to sit on their couch or wherever they are and to belittle athletes, there’s a root problem there with people idolizing celebrities and then also thinking they don’t have a voice to be able to speak on things that may pertain or are important. The idea of having fans think that celebrities can’t speak on certain topics or they should just shut up, I don’t understand where fans think that it’s OK for them to also say, ‘Oh, you guys need to be quiet.’ What realm of credentials do you have that tell you that you can speak on something and we can’t? A lot of guys here, regardless of what the public thinks, we have a lot of smart guys in our league. Around the world when you’re talking about athletes, we can make a difference. I’m hoping a lot of guys don’t pay attention to what fans say because, personally, I could not care less what they have to say about myself as long as they keep my family out of it. You can say all you want about me. I know my worth. I know my value in Christ. It’s ridiculous that people think that way though.”

Simmons’ comments come a day after the Broncos joined nearly a dozen NFL teams in canceling football activities on Thursday, including their scheduled training-camp practice. Instead, the Broncos met as a team for more than two hours to discuss the impact of social injustice and police brutality and to search for a path forward.

“It was something that I was going to have during the day, but after I talked to a guy or two, I decided to start the day with [the team meeting],” Head Coach Vic Fangio said Friday. “It encompassed our whole day. We met fairly long in the morning, took a break, came back in the afternoon and guys had individual groups. … I was impressed with the players in there, where they were coming from. It’s obviously a serious situation that we’re dealing with. I think our players responded well. They have some good things planned that they can do, some programs they can help. We’re going to help them any way we can.”

Simmons said the team has requested to speak with Colorado Governor Jared Polis about the investigation into the killing of Aurora’s Elijah McClain, and he also hopes to see a police reform bill that was passed in Colorado be adopted in other states.

“It’s great that we had great conversation, but at this point conversation’s only going to take you so far,” Simmons said. “We need to see action. We need to see change. A lot of the change — some of the change that we’re talking about is like we passed a bill here in Colorado and I just feel like not a lot of people were talking about the bill that was passed. We feel like that’s a bill that should be in every single state — just things like that, talking about how we can just be a little bit more impactful because Colorado is a big sports state and there is no one that holds more power than the Denver Broncos and all those sports. We have a real chance here to take hold of something and use our platform and to run with it.”