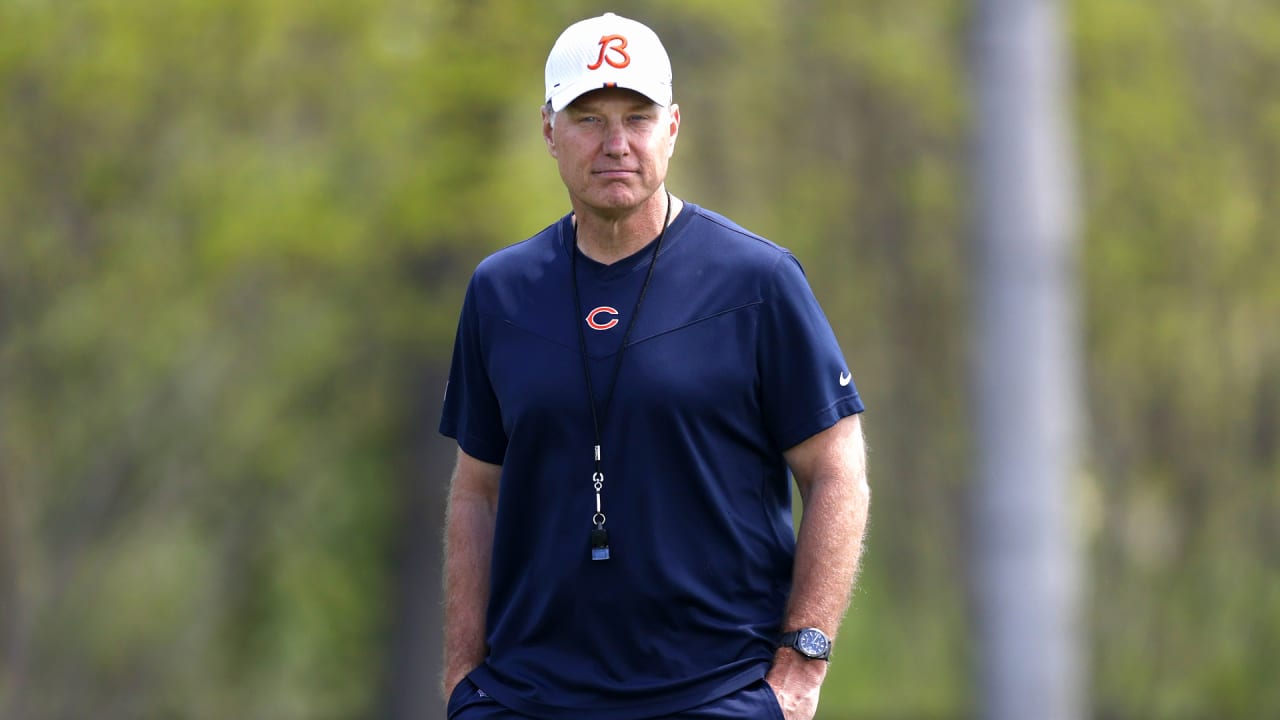 The 2018 Colts defense was led by three 23-year-olds: rookie linebacker Darius Leonard and two second-year pros in linebacker Anthony Walker and cornerback Kenny Moore. Leonard was a second-round pick, Walker was a fifth-round choice and Moore signed with Indianapolis as an undrafted free agent.

The trio continued to excel after the 2018 season. Other untested players who produced under Eberflus in Indianapolis included cornerback Rock Ya-Sin and linebacker Bobby Okereke.

Speaking to reporters during Bears minicamp Wednesday, Eberflus said that the defensive system is the main reason young players have been able to make an immediate impact.

“If you look back at our system, we have played young players fast, and they have played very well,” Eberflus said. “That’s what the system does. It’s a system where we rely on techniques and fundamentals and the coach/player relationship, and that’s important to us. It’s a partnership, and we’ve been able to do that.”

Some of the young defensive players the Bears are counting on to step up this season include third-year end Trevis Gipson and three rookie draft picks: second-round cornerback Kyler Gordon, second-round safety Jaquan Brisker and fifth-round defensive end Dominique Robinson.

“It’s exciting to watch a young guy [contribute],” Eberflus said. “We’re not afraid to put young guys in there and let ’em go, let ’em play. So, we’re looking forward to our guys, like a Brisker or Gordon or young guys like that, stepping up in there and playing.”

With Mack having been traded to the Chargers and Robert Quinn absent from this week’s mandatory minicamp, Gipson and Robinson are both gaining valuable experience in practice.

No Bears player made greater strides in 2021 than Gipson, a healthy scratch in Week 2 who blossomed into a top playmaker. The 2020 fifth-round pick from Tulsa appeared in 16 games with nine starts, registering 39 tackles, 7.0 sacks, seven tackles-for-loss and five forced fumbles. Gipson especially produced down the stretch, recording four of his seven sacks in the final five games and three of his five forced fumbles in the final two contests.

After playing outside linebacker in his first two NFL seasons, Gipson has benefitted from the Bears switching to a 4-3 defense that’s similar to the one he played in at Tulsa.

“I think it’s honestly helped me out,” Gipson said. “It’s making me a good overall player. I get to come out of a three-point [stance] and excel off the ball faster.”

Robinson arrived at Miami (Ohio) as a quarterback, switched to receiver as a freshman in 2017 and was moved to defensive end as a senior in 2020. Last season he compiled 28 tackles, 6.5 tackles-for-loss and 2.5 sacks while playing in 12 games.

During offseason practices, Robinson has displayed the athleticism and pass rushing traits that intrigued the Bears in the draft.

“He’s a student of the game, comes into work, never late, always has his playbook in his hand, is eager to learn. Sort of reminds me of me, honestly. Fifth-round pick, chip on his shoulder, dominating practice every day and still looking to get better anywhere he can.”