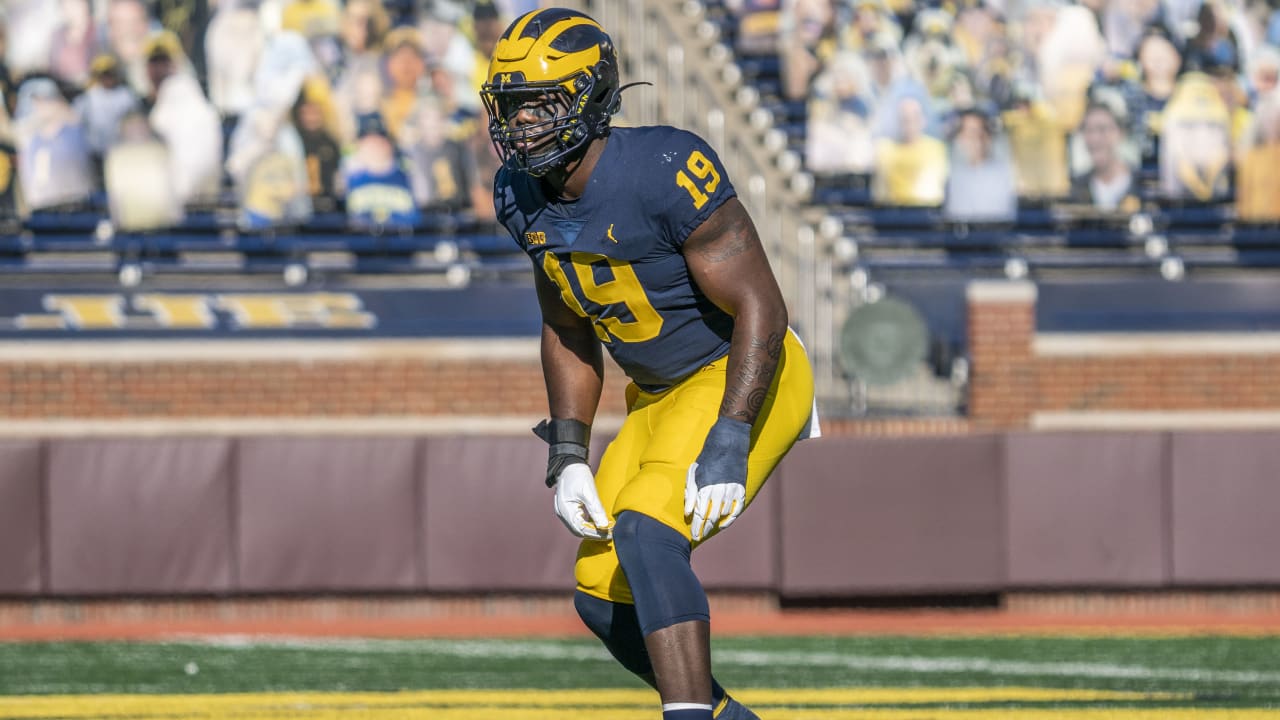 Will Fries feels like playing his college ball in the Big Ten East prepared him well for the challenges of the NFL. And it’s easy to see why after he spent his college career facing the likes of Chase Young and Nick Bosa on a yearly basis.

But there’s one player he annually battled who he won’t have to face anymore on gameday. And Fries is relieved he no longer has to prepare to tangle with Kwity Paye — well, except in practice.

“Great player,” Fries said. “He was always a challenge preparing for him. Such an athletic, strong, great combination of all those things. He was always a battle going up against him and a great player.”

Fries played against Paye and Michigan every year from 2017-2020 and made starts at both right tackle and right guard.

“He has a wide variety of pass rush moves,” Fries said. “He was a tough out when you went up against him. He has a multiple amount of moves and you just get ready for that, have to be sharp, fast out of your sets, that was the biggest thing.”

So it’s up against that level of competition that Fries developed and readied himself for the challenge of making it in the NFL.

“(I’m) a tough, nasty baller,” Fries said. “You’re getting someone who plays through the whistle every single play, just looking to mix it up. Someone who’s smart, versatile, can play multiple positions and just a good teammate, a good person to be around.”

Tags: colts Experience fries he him

Colts Have Latest Bye Week Ever