There’s a sentence you couldn’t have imagined reading a month ago.

Yet there is Penny, potentially running his way toward a second contract with the Seahawks as he puts together one huge performance after another, continually citing the impact Peterson has had since the veteran running back joined Seattle’s practice squad in early December.

“When you have a guy who’s been running in this league for so long and is on the verge of the Hall of Fame,” Penny said, “it honestly gives you a boost and you want to mimic everything that you see him do.”

Since taking over for Alex Collins as Seattle’s starter, Penny has been turning in performances reminiscent of Peterson in his prime. The latest and greatest came in last week’s blowout win over the Detroit Lions, when he rushed for a career-high 170 yards and two touchdowns on 25 carries en route to being named the NFC Offensive Player of the Week.

Penny’s topped 130 rushing yards three times in the past four weeks, the three best outputs of his career. His 481 rushing yards (on 69 attempts) lead the NFL in that span. His five rushing touchdowns are tied for the most, and his 6.97 yards-per-carry average ranks third. 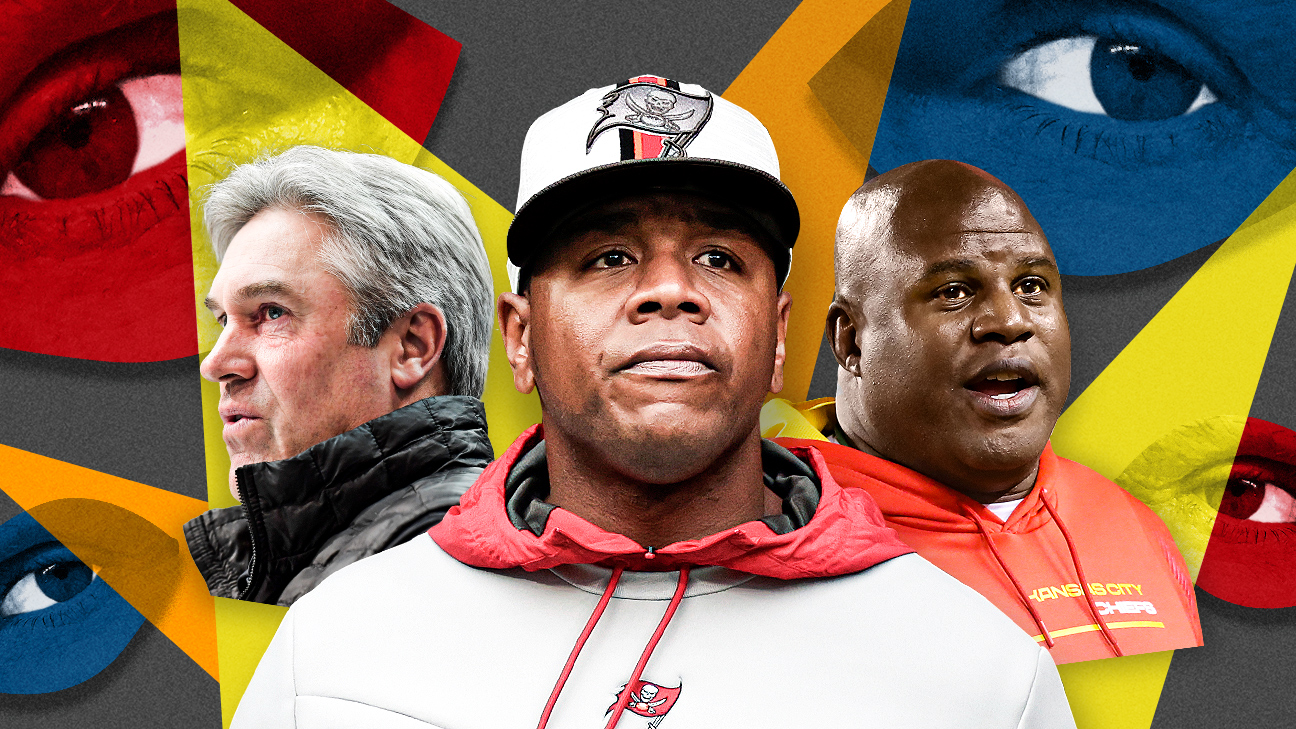 • What happens in coaching interviews?
• Who do the Bucs turn to after AB loss?
• Bills should be in playoff mix for years
• Pats rookie RB hits stride at perfect time
• Why this year is Payton’s best for Saints
• Peterson is helping Penny find his fit

“He’s just running with confidence,” left tackle Duane Brown said. “You can see the switch that he has had over the last few weeks. I think it is a combination of things, but Penny has been a force to be reckoned with.”

When Penny was out for the Seahawks’ Monday night loss at Washington in Week 12 after yet another injury, it appeared as though the tenure of one of the more disappointing draft picks of the coach Pete Carroll-GM John Schneider era would unceremoniously wind down — either on the inactive list, injured reserve or stuck behind Collins on the depth chart.

All involved say it’s no coincidence that Penny’s recent surge came after the Seahawks signed Peterson.

It was a head-scratching move for a team basically out of playoff contention to bring in a 36-year-old running back. But coach Pete Carroll believed Peterson’s wisdom and legendary work ethic could rub off on younger players, a projection that has proved true with Penny more than anyone.

Carroll said the impact Peterson has had on Penny has been “startling,” likening it to when Marshawn Lynch returned to Seattle late in the 2019 season. That’s despite a short-lived, on-field run for Peterson. He looked good enough in his first few practices to play four days after signing, scoring a touchdown against the 49ers but not playing again because of a back injury that put him on IR.

“The first thing, they’re kind of in awe of him anyway,” Carroll said of Seattle’s younger players. “And then the way he worked, that’s what it was. Every step he took was full speed, flying around. And he looked great. And we said, ‘Holy cow.’ And he did it the next play, and the next play. And we only had a couple, three days of practice with him. And he made that impression that quickly. It was that obvious. There’s no mistaking what happened.”

Perhaps the most noticeable difference with Penny, aside from production and availability, has been how much more assertive he has looked as a ball carrier. He’s hitting holes harder, breaking tackles and finishing runs with authority. Over the past four games, he leads the league in yards after first contact per rush at 3.77.

“You attack them before they attack you,” Penny said, reciting the piece of advice from the hard-charging Peterson that has stuck with him most. “So it’s always just in the back of my head.”

Penny has gotten 12-plus carries six times since the Seahawks drafted him 27th overall in 2018. That reflects how often he has been hurt and how he has spent much of his career playing behind Chris Carson, who went down in October with a season-ending neck injury. But in all six games, Penny has topped 70 rushing yards and averaged at least 4.9 yards per carry, and he has scored nine total touchdowns.

Maybe it shouldn’t be as much of a surprise that he’s producing like this, but that he has been available to do so. Before his surge began last month in Houston, Penny had missed 30 of a possible 64 games (including playoffs) due to injury. That includes a torn ACL late in 2019.

Any discussion about the possibility of the Seahawks re-signing Penny when his rookie contract expires after this season comes with the qualifier that it would have to be a low-risk deal that gives them ample protection in case of more injury troubles.

Either way, they’ll likely need to add another running back — ideally in the draft — whose durability isn’t in question. Otherwise they’d put themselves in the precarious position of counting on Carson as he comes back from neck surgery and/or Penny with his extensive injury history.

Collins, who went on IR, is also a free agent at season’s end. Seattle currently has Carson, Travis Homer and DeeJay Dallas under contract in 2022.

If the running back market is anything like it was last offseason, re-signing Penny might not be that expensive. Carson, who has had much more production and better availability than Penny, got a two-year deal averaging $5.2 million with $5.5 million guaranteed.

If the price is right, why wouldn’t the Seahawks take a flier on Penny to see if he can continue his recent surge?

What he has done over the past few weeks doesn’t validate Seattle’s decision to take Penny over Nick Chubb, a three-time Pro Bowl selection and a player many in the organization preferred in 2018. But it does validate what the Seahawks saw in Penny — and what they might continue to see from him beyond 2021.